M.I.C. Gadget gives us a couple of reasons to drop $70 on their "Poking Inventor" 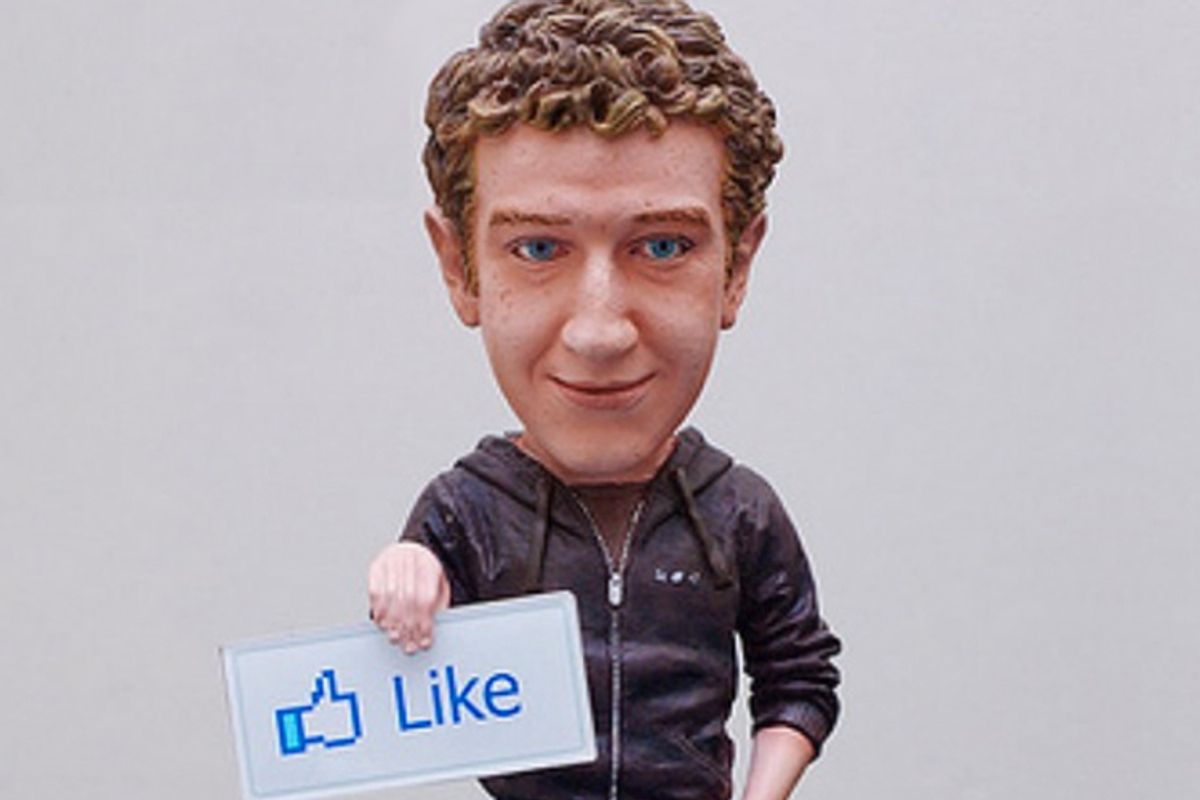 For the nerd who has everything, how about getting them the unlicensed Mark Zuckerberg action figure? It will make you long for the days when "action figure" referred to monsters and G.I. Joes, instead of dolls that look like they own a couple action figures themselves!

It seems M.I.C. Gadet couldn't get rights to Zuckerberg's name, as the product is called "Poking Inventor Action Figure,." (A misleading title that is sure to leave some RealDoll fans disappointed when they open the box). Here's the description of the "Poking Inventor," which retails for $69.90 plus tax:

Presenting the most friendly toy we have ever seen: the “Poking Inventor” action figure that is inspired from a man who makes the world more open and connected. The workmanship standard of this collection item is superb, and it is the next greatest action figure for tech nerds. Man, there are so many weird things with both the doll and the description…where to begin? If you are describing a figurine depicting Mark Zuckerberg as the "most friendly toy" you have, we shudder to think whom else you've got back there. The guy from "Shine?" McNulty from "The Wire?"

Then again, maybe this isn't supposed to be Mark Zuckerberg, but some imaginary poking inventor who happens to look a lot like the Harvard drop-out. Probably not though. Which brings us to the doll itself. Gawker already pointed out the attention to detail in Mark's signature "fuck you" Adidas sandals, which pairs nicely with a brown shellacked hoodie. The figure also comes with a sign that says "Like" and one that says "Poke," as well as some blank thought bubbles to fill in. The site recommends you use your imagination and write "whatever you want," although if you get stuck you can always steal their idea and just put "I'm CEO, bitch!" Say what you want about Mark Zuckerberg's level of douchebaggery, but that phrase has probably never come out of the Facebook founder's freckled little mouth.

Yeah, sorry to harp on the freckle point, but they are so detailed that at first I just thought M.I.C. had given Zuck a load of acne.