Marisol Valles Garcia, 21, was fired from police chief post after allegedly fleeing in the face of death threats 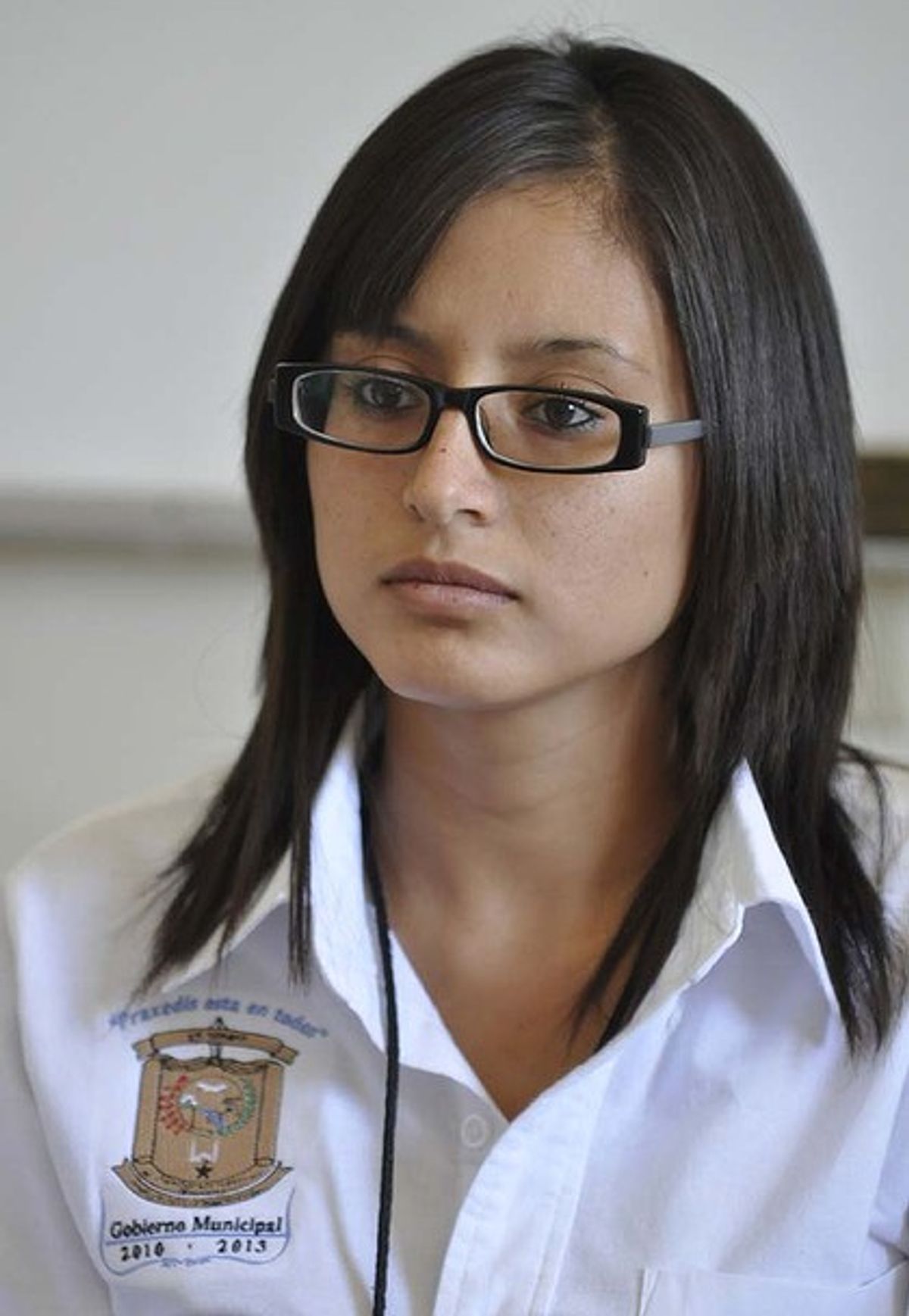 Marisol Valles Garcia, the 20-year-old criminology student, at her swearing in ceremony.
--

A young woman who made international headlines when she accepted the job as police chief in a violent Mexican border town was fired Monday for apparently abandoning her post after receiving death threats.

Marisol Valles Garcia was granted a leave of absence from March 2-7 to travel to the United States for personal matters but failed to return to Praxedis G. Guerrero as agreed, city officials said in a statement.

"In the absence of (Valles Garcia's) presence on the agreed-upon day, and since there was no notification of a need to extend the period of her absence, the mayor has decided to remove her from office," the statement read.

Local news media have since reported that she was seeking asylum in the United States, but there has been no confirmation of that and her precise whereabouts were not clear.

Over the weekend, as speculation increased that she was seeking refuge, officials tried to contact Valles Garcia by cell phone but were unable to reach her.

De la Rosa Hickerson said Monday that he still had not been able to reach her and did not know where she was. He added that he would ask officials to retract their dismissal of the young chief.

"I have the impression that this position by the mayor is a bit hasty," he told The Associated Press in a phone interview. "Because right now Marisol needs support, and one way to be supportive is to leave her in office."

De la Rosa Hickerson said residents of Praxedis told him Valles Garcia had received threats against her life, and there may even have been an attempt to kidnap her.

"To fire her is to leave her completely alone," he said.

Valles Garcia was named police chief of Praxedis G. Guerrero in October at age 20. The town had been without a police chief since her predecessor was shot to death in July 2009.

Drug violence has transformed the township of about 8,500 people from a string of quiet farming communities into a lawless no man's land.

Two rival gangs -- the Juarez and Sinaloa drug cartels -- are battling over control of its single highway, a lucrative drug-trafficking route along the Texas border.

Police will answer to the mayor until a new chief is appointed, the city government's statement said.