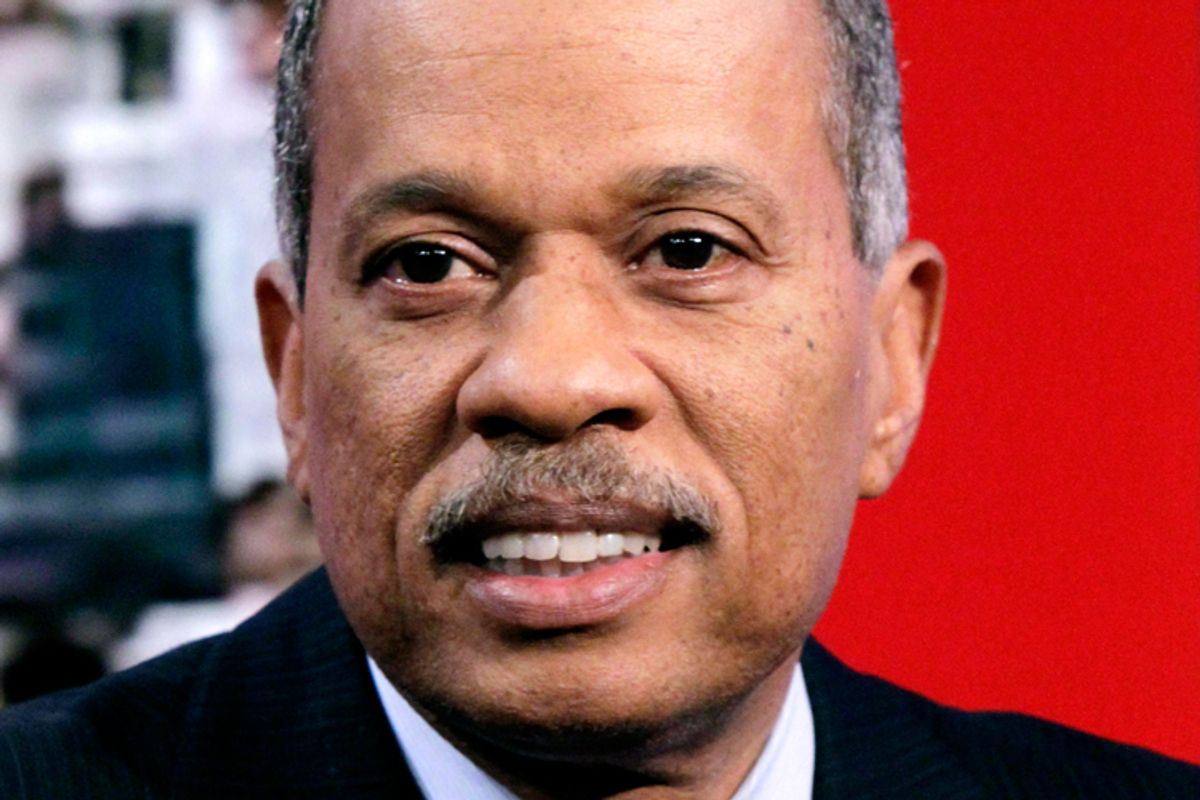 Conservative activist James O'Keefe tricked NPR fundraiser Ron Schiller into saying impolitic things into a camera, which, predictably, caused some outrage. Schiller was fired, even though he'd already given notice that he was leaving for a new job. NPR was decried as racist and anti-conservative, even though Schiller had nothing to do with the editorial side of the corporation and explicitly said that he was airing his personal views and not the views of NPR. Like all O'Keefe sting videos, the released tapes were misleadingly edited and claims about the contents of the tapes were exaggerated with the knowledge that people ideologically predisposed to believe the worst about the sting subject wouldn't bother to check the transcripts. And Schiller repeatedly refused to take the fake check from the fake Muslims. (I think O'Keefe could "release" a Rick Astley video with a headline claiming he "caught" everyone at the New York Times saying they hate white people and it'd lead to Bill Keller's resignation.)

NPR's management clearly couldn't figure out how to handle the embarrassment. They apologized for remarks they weren't responsible for and fired a man who was on his way out anyway. NPR chief executive Vivian Schiller (no relation) has resigned.

And now the other Schiller, the one who hates Tea Party bigots, is not going to take his new job with the Aspen Institute. Ruined for the crime of having liberal personal opinions!

Again, this Schiller's crime was indulging a potential donor politely, which was his job, and expressing his personal opinions, which -- while offensive to white Tea Partyers -- are not particularly outrageous or uncommon. They are, in fact, the mirror of what Tea Partyers think about liberals. It is not news that half of America hates the other half.

One man who's altogether thrilled about this is former NPR commentator Juan Williams, who was fired for saying something bigoted into a non-hidden camera and declining to apologize for it. That firing was handled poorly as well -- Williams was on notice for a number of stupid statements and simply letting his contract expire would've saved everyone a culture war battle -- but Williams landed comfortably on a pile of Rupert Murdoch's money at Fox News, where he is an official Fox Liberal with experience in the heart of the vast liberal media conspiracy.

In an "exclusive" interview with FoxNation.com, Fox's weird openly conservative Internet community thing, Williams repeatedly confirmed what everyone at Fox already "knows" about everyone at NPR:

"This was an act of incredible condescension," said Williams. "The rank hypocrisy of his remarks was telling for me. They will say things to your face about how there’s no liberal orthodoxy at NPR, how they play it straight, but now you see it for what it is. They prostitute themselves for money."

Juan is exactly right: They do prostitute themselves for money, because that is how capitalism works.