What, no Tina Fey? HBO's TV movie casts "Kids Are All Right" star to play the Alaskan governor in 2008 election 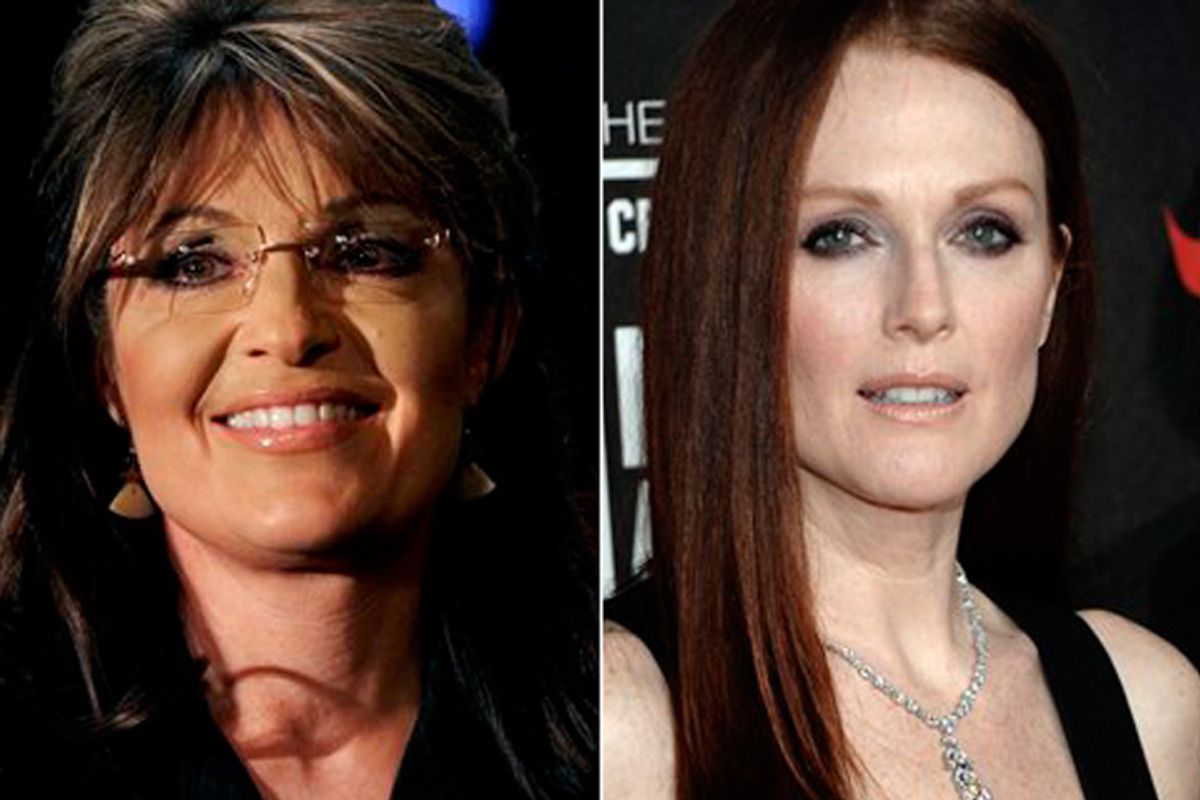 What an upset! Back in 2009 when we first heard about HBO optioning Mark Halperin and John Heilemann’s "Game Change" for a film, we put a lot of candidates in the ring as possible Sarah Palin stand-ins. "Game Change," which chronicles John McCain's 2008 presidential bid, seemed a little too serious to hand over to Palin-impersonator Tina Fey, but that didn't stop Salon readers from coming up with tons of other great suggestions. (Megan Mullally is a personal favorite, she would have nailed it.) Other good Palin stand-ins included Felicity Huffman , Mary-Louise Parker, Laura Dern, and Jane Lynch.

With so many guesses, you would have thought somebody would have hit on award-winner Julianne Moore to play the Alaskan governor, since according to a Deadline Hollywood bulletin from today, that's who the producers are going with.

It seems an odd choice: Moore has a certain brittleness to her that doesn't translate into the aw-shucks beauty pageant persona of Palin. With the exception of her turn in "The Kids Are All Right*," Moore always plays characters that are wound rather tight. Which the Palin certainly was in 2008, but not in the same way. For example, we could never see Sarah Palin going into a pharmacy and doing this:

Sarah would be way more likely to smile with all teeth, stare down that pharmacy attendant, and kill him with kindness rather than imploding with pressure. Oh well. Moore is an amazing actress who rarely fails at conquering a character, so we're sure she'll be extraordinary. But do you think she was the right fit for Mama Grizzly?

*Which reminds me…you know who would have been great as Palin? Annette Bening. Or Diane Lane. Or…