"Tim and Eric's" Tim Heidecker gets serious about music

Nostalgic rock duo Heidecker and Wood may seem a strange undertaking for a surrealist comedian, but he's not joking 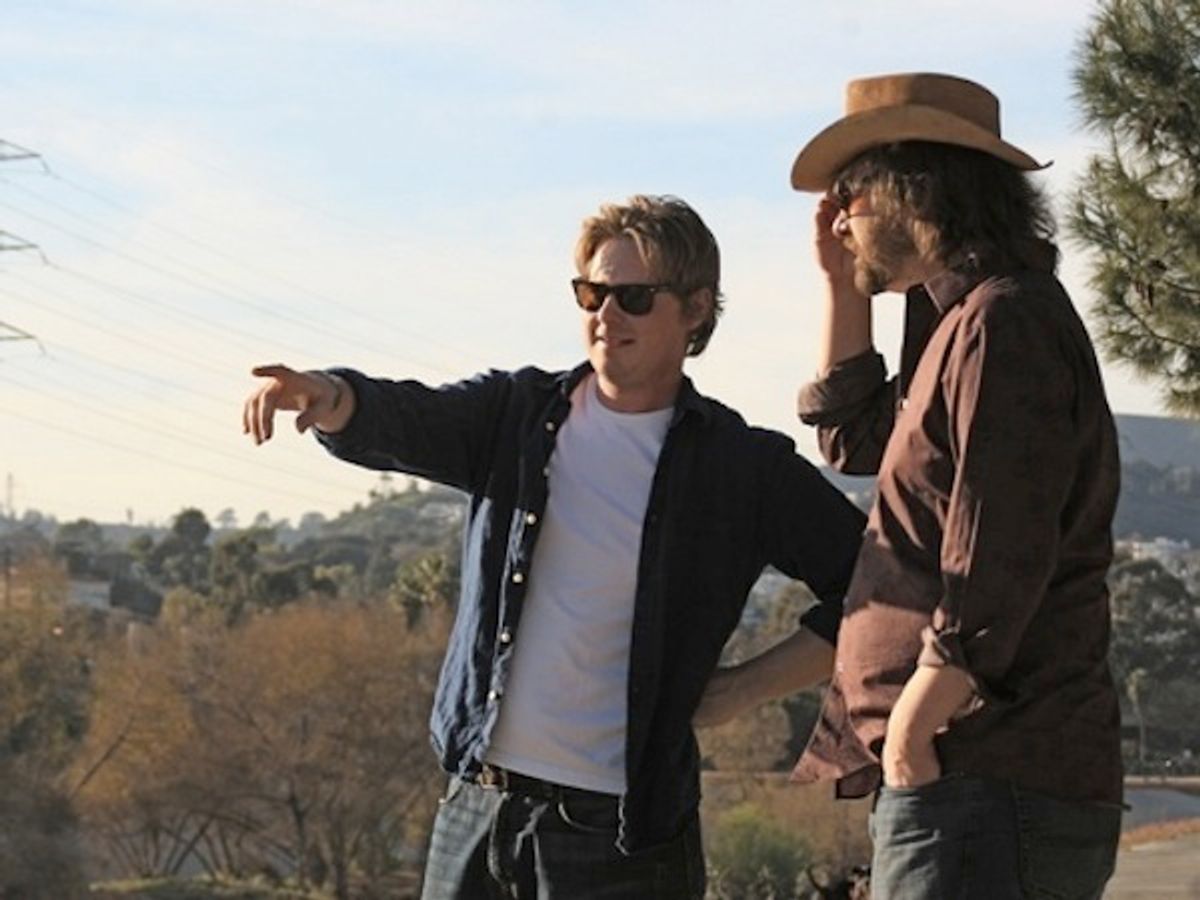 There are a lot of people out there who don't like Adult Swim's absurdist sketch program "Tim and Eric's Awesome Show, Great Job!" I don't blame them: It's very, very weird, and can sometimes border on something less resembling comedy and more resembling a terrifying Dadist media installation. The graphics are as fast and choppy as one of those Japanese cartoons that give people seizures, shots linger on the rictus-like grimace of the actors, and despite appearances by well-known comedians (John C. Reilly, Michael Cera, Zach Galifianakis and Rainn Wilson, to name a few), they just as often feature a cast of creepy old people, Tommy Wiseau, and Ray Wise (better known as Leland Palmer from "Twin Peaks.")

An example of one of Tim Heidecker and Eric Wareheim's more infamous sketches is "Here She Comes," a wedding/game show featuring grandmothers being walked down the isle by Weird Al, while Bob Odenkirk (of "Mr. Show" fame, and a producer for "Tim and Eric") presides over the ceremony.

More accessible to audiences may be John C. Reilly's Dr. Steve Brule character, a bumbling news correspondent whose "For Your Health!" segments became so popular he got his own Adult Swim spin-off show, "Check It Out."

Despite being to TV what 8-bit chiptune is to music, Tim and Eric have enjoyed a healthy cult following, allowing them to branch out into a live webcast (sponsored by Papa Johns), an album, and several tours (sponsored by Papa Johns). In addition, both Heidecker and Wareheim have directed several music videos, including MGMT's "The Youth," Ben Fold's "You Don't Know Me," and Maroon 5's "If I Never See You Face Again." The videos all retain the bizarre trademark qualities one expects from the Temple University grads.

But now it's time to get serious…sort of. Despite having a new season coming up, Tim Heidecker has shifted gears with his latest collaboration is a soft-rock duo Heidecker and Wood with "Tim and Eric" musician Davin Wood. Their first album, "Starting from Nowhere,"  "…evoke(s) the sounds of ‘70s soft rock (Eagles, Billy Joel, Doobie Brothers), singer-songwriters (Jackson Browne, Seals and Croft), and ace studio rock groups (Steely Dan, Queen)," according to the band's official press release.

Known for their odd sense of humor, it'd be reasonable to expect this description to be as tongue-in-cheek as the rest of Heidecker's work. But their first leaked song "Right Or Wrong” is not only good –- " Jimmy-Buffet-meets-Doobie-Brothers smooth rock" according to one site -- but a sincere departure from the trademark goofiness of the show.

That's not to say this song isn't without some sly humor (Tim singing "This is the place for the song to be ending"), but if the rest of the album is as relatively restrained as "Right or Wrong," "Starting from Nowhere" may ironically appeal to the same soft-rock demographic who finds themselves completely puzzled by the dark strangeness of Heidecker's comedy.