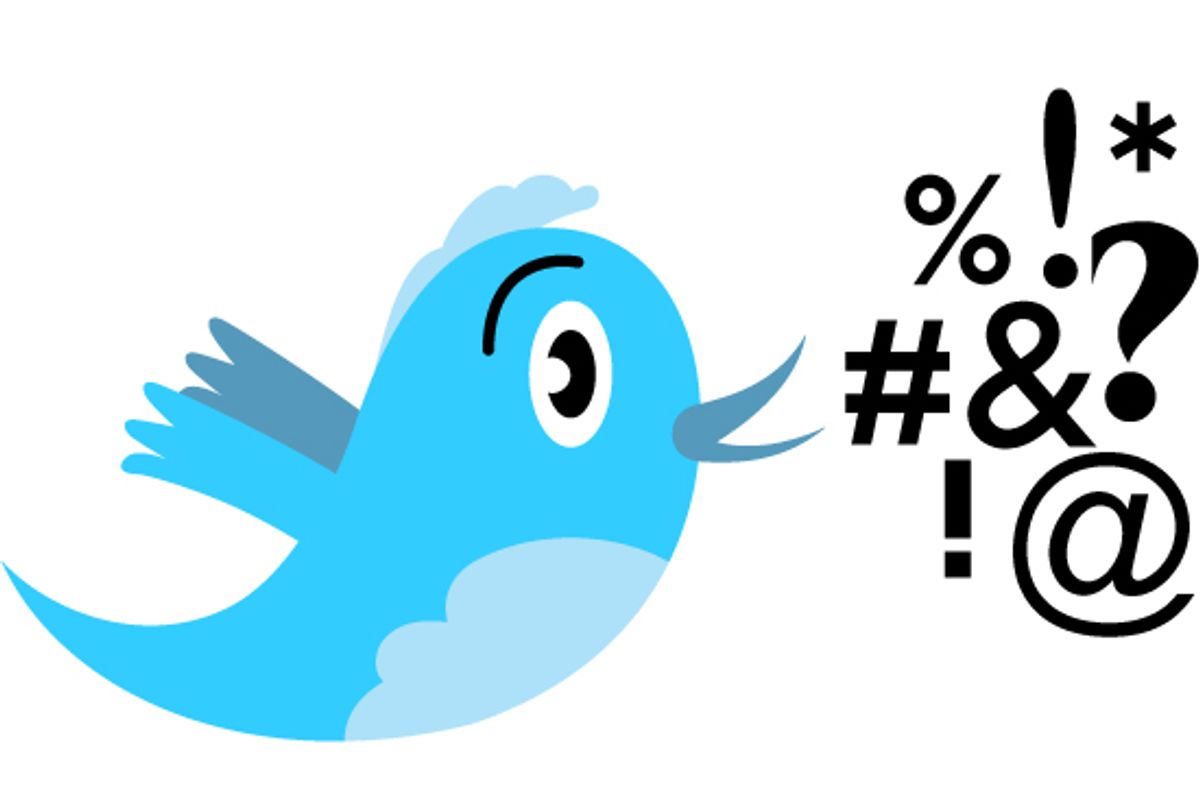 The American auto industry is like America itself: full of complications and contradictions, frequently depressed, and occasionally prone to whopper-size social gaffes. All of the above have been in ample evidence this week at Chrysler, thanks to a rogue tweet that became an escalating example of a media gaffe gone out of control. On Thursday morning, Chrysler's official Twitter stream, generally a repository of innocuous messages like "Hope everyone has a great #MoparMonday" and "Just 17 days away from #SF6 and we're pumped!" surprised followers with the surprisingly off-color, decidedly unpumped observation that "I find it ironic that Detroit is known as the #motorcity and yet no one here knows how to fucking drive."

Was it a daring, in-your-face attempt at creating viral buzz from a company who recently created a campaign around bleep-worthy Detroit native Eminem? Or was it simply Twitter password access in the hands of some sabotaging jokester? Come on, you know the answer. Almost -- but not quite -- as fast as the WTFverse could retweet the message, Chrysler hastily deleted the post and announced, "Our apologies -- our account was compromised earlier today. We are taking steps to resolve it." They later expanded with a blog post explaining that "an inappropriate comment was issued from the Chrysler brand Twitter handle, @ChryslerAutos, via our social media agency of record, New Media Strategies (NMS). After further investigation, it was discovered that the statement was issued by an NMS employee, who has since been terminated."

Aside from the sorry fact that Chrysler, like several top industries, feels the need to farm out its tweets to an outside agency (because writing stuff like "We're having a great day. How about you?" really requires a team of professionals), the episode neatly illustrates how one bad tweet can rapidly become an epic fail or a golden opportunity. The post exposed the vulnerability of a major corporation to public embarrassment, and the ease with which one person can reveal the Man Behind the Curtain.

It's not as if anyone following Chrysler's Twitter stream expects it to be the voice of one folksy Midwesterner. After all, most of the time on the Internet, it's unlikely 50 Cent is even 50 Cent. And that incendiary, appallingly idiotic Megyn Kelly tweet this week that "A man beats a 100 pound woman into a coma over a parking space. He claims she deserves it. Could he be right? In Kelly's Court!" may not have emanated directly from the fingertips of Megyn Kelly so much as some minion on her staff.

But there is an audience expectation of a consistent tone in a person or brand's social presence, and a genuine hope of connection. Hence @chryslerauto's personal replies of "Awesome" to satisfied customers. It's all in service of a relationship, between a consumer and a product and the people making the product. A relationship whose artifice can be disrupted with one cavalier F-bomb from a snarky, soon-to-be-terminated employee.

Chrysler isn't responsible for the hiring or firing of NMS staff, but it did take pains Wednesday to make sure its public knew that the stealth tweeter had been removed, and that "Chrysler Group and its brands do not tolerate inappropriate language or behavior, and apologize to anyone who may have been offended by this communication." It's an appropriate response, but in the complicated world of social media, it's a disappointingly tame one.

Chrysler could have learned a thing or two from last month's Red Cross Twitter faux pas, when the organization's social media specialist Gloria Huang sent out a personal tweet involving her determination to drink some Dogfish Head Ale -- and the distinctive hashtag #gettngslizzerd -- on the Red Cross's Twitter stream. The Red Cross soon posted an official -- and witty -- follow-up, noting, "We've deleted the rogue tweet but rest assured the Red Cross is sober and we've confiscated the keys." And Dogfish Head brilliantly capitalized on the episode by launching a campaign to "donate a pint" to Red Cross -- under the banner of that notorious hashtag #gettngslizzerd. And just like that, a goof became a big win-win for both Dogfish and the Red Cross.

It's harder to make lemonade out of the lemons of profanity and insulting an entire town, but surely the geniuses at Chrysler and NMS could have come up with their own clever, funny way to involve the online community in the gaffe. Here was an opportunity for Chrysler to expand on its bold, "we're not down" "Imported from Detroit" campaign, a chance to say something about the perception and reality of the place your cars come from, and Chrysler missed it. It could have been an oops moment that became one of humor and distinction, as easily as saying, "Here's a chance to tell you what Detroit is really like." Imagine the fun Volkswagen or Ikea or Apple could have had with something similar. Next time, maybe they should just let Marshall Mathers  loose on the naughty Twitter interloper, and let the sparks fly. Now that would be the kind of social marketing bonanza no agency in the world could dream up.