In a new segment called MoveOn.Aww, the Daily Show host looks at the battles liberals are losing 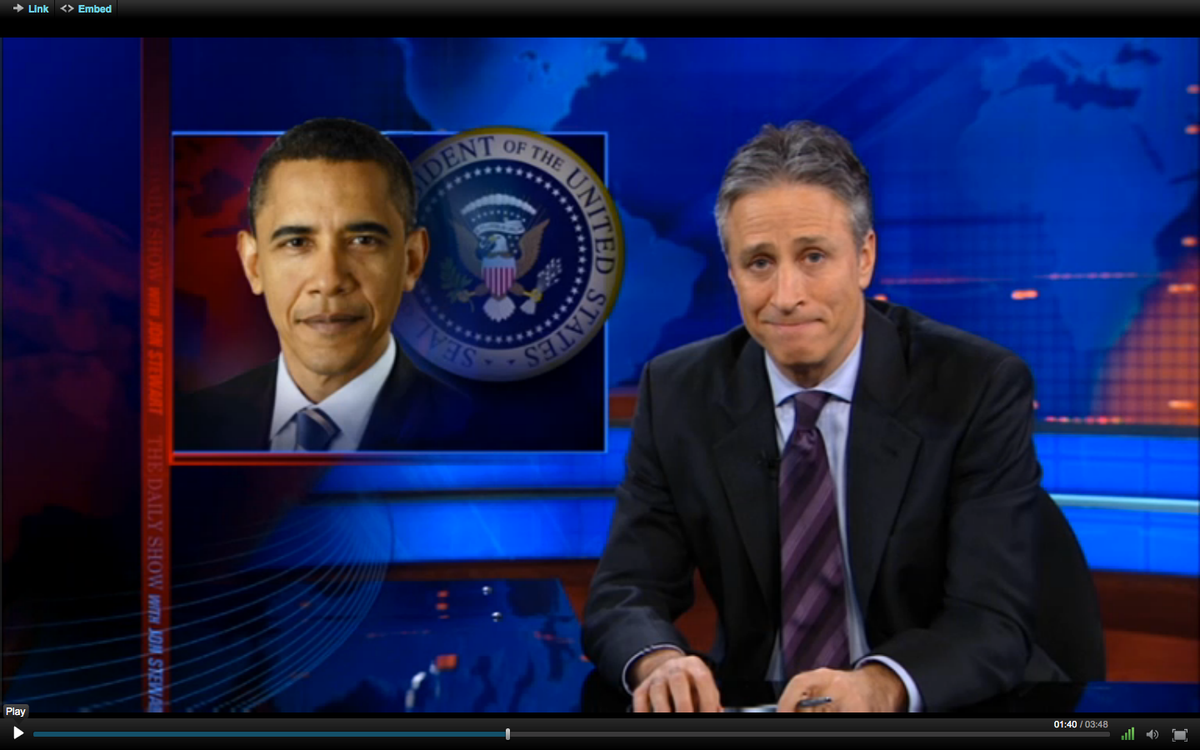 In an effort to make sense of yesterday's announcement that Guantanamo trials would resume, Stewart questions Obama's ability to keep his promises versus his tendency to cave to political pressure -- or simply to be hypocritical. After decrying the practice of holding prisoners without a trial due to lack of evidence, Obama announced that some prisoners might need to be kept at Guantanamo indefinity. His reason? There's a lack of evidence needed to take the cases to trial.

Similarly Obama tackles the latest James O'Keefe target: NPR. Comparing the remarks made by NPR's fundraiser caught on a hidden camera to the remarks made daily by Fox News pundits on national television, Stewart seems to thing the whole affair is just a little sad.