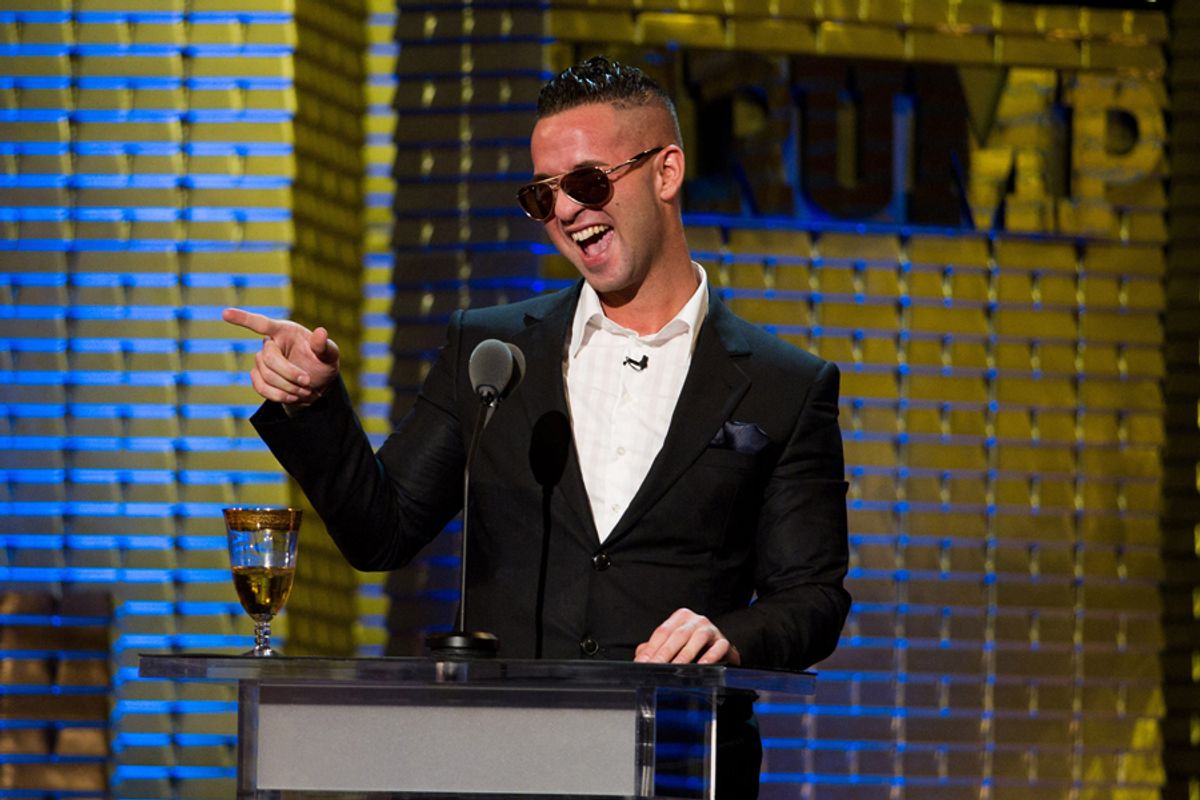 It's bad enough that we have to watch The Situation on "Jersey Shore"… now we have to deal with him at comedy events? Comedy Central's roast of Donald Trump last night featured a bomb-tastic Sitch (real name Michael Sorrentino), who managed to be so racist and unfunny in his short time onstage that the L.A. Times is reporting that his segment may get whittled down to a nub when it airs on March 15th.

An example of one of The Situation's jokes? According to the Times piece, "He told Snoop Dogg that he and Trump had a lot in common because Trump owned a lot of property and Snoop's ancestors were property." He also told comedian Whitney Cummings that she wasn't actually a grenade because she wasn't blowing up (actually, that one is decently funny). The booing got so loud that eventually Jeffrey Ross had to go in and save the self-proclaimed guido.

When asked why he did so poorly (almost as bad as his performance on "Dancing with the Stars" one could say), Mike blamed Snoop Dogg.

"Maybe if I hadn't gone on with the sunglasses, there wouldn't have been such a negative [vibe]," he mused, adding that Snoop told him to wear the Aviators so that no one could tell he was looking at the teleprompter. "Maybe they thought I was too cool, but that wasn't the case. I was just wearin' them 'cause Snoop said to wear 'em."

We actually hope they cut all of The Situation's act, because it just sounds painful to watch. But it's doubtful: so many other comedians used Mike as a punch-line for the rest of the night that omitting him completely would ruin the continuity of the spectacle.