Despite warnings from officials, surfers showed up for the dangerous surf as boats capsized in Santa Cruz marinas 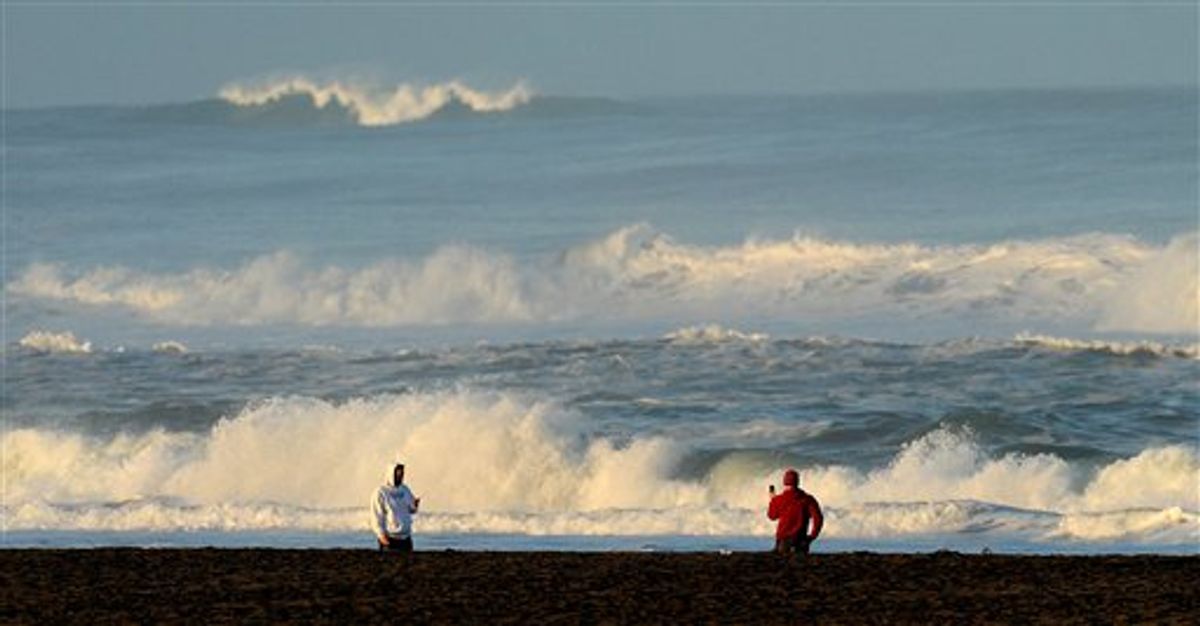 Waves surged along California's coast from a tsunami triggered by the massive earthquake in Japan.

The tide began rising shortly after 7:30 a.m. along beaches in Crescent City, where the tsunami was expected to hit the hardest in California. Officials predicted that waves could reach as high as 7 feet.

Local officials activated tsunami warning sirens along the coast and have urged residents in low-lying areas to seek higher ground.

At Santa Cruz, some surfers ventured out on the water to take advantage of decent waves ahead of the tidal wave -- and stayed in the water until the level plunged when the tsunami hit and caused several surges.

Elsewhere, emergency officials closed some beaches and advised people to stay away from the shoreline.

Surfers in Southern California took advantage of decent waves ahead of the high water expected from a tsunami trekking across the Pacific Ocean.

Off-duty California High Patrol trooper William Hill and two friends unloaded long boards and scrambled into their wet suits Friday on the cliffs above Cowell Beach in Santa Cruz, where a half dozen surfers were already in the water.

They saw the tsunami warnings Thursday night on TV and drove two hours from Stockton to be in the water when the tsunami hit.