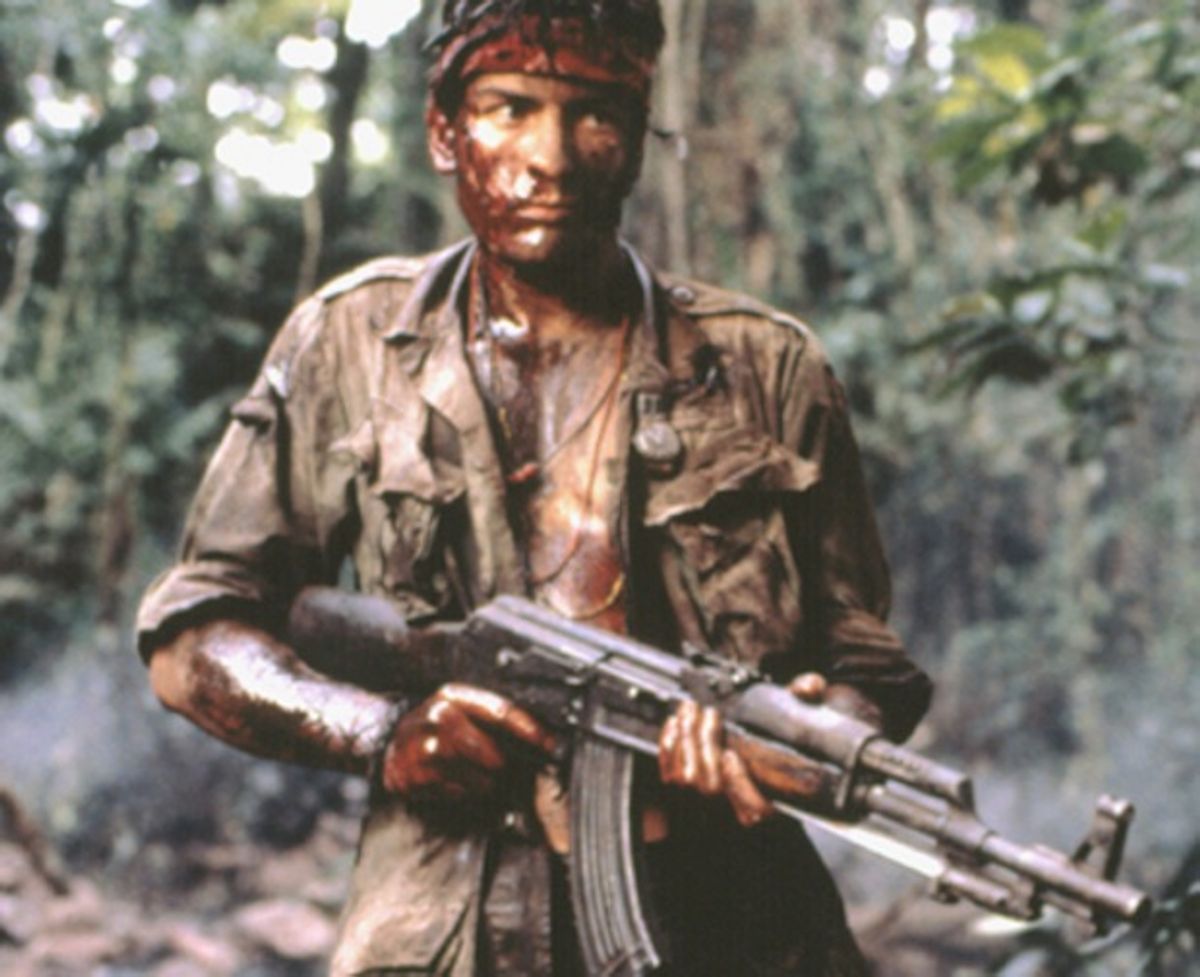 While most of America stands semi-riveted, semi-bored to the ongoing insani-tactics of Charlie Sheen, L.A.'s finest has yet to get the memo. Last night the LAPD swarmed down on the actor's Sober Valley Lodge, responding to a call that Charlie was armed and ready to hurt himself. If Sheen had been found with a weapon, he would be violating the temporary restraining order put on him by his ex-wife Brooke Mueller, whose head  he once threatened to cut off and put in a box. (Presumably Sheen had just finished watching "Se7en" when he made those statements.)

The police wrapped up their investigation at approximately 10:45 pm, after locating just one antique rifle and some bullets. There was no mention of whether the unhinged actor was also carrying around that giant machete he waved from a rooftop earlier this week, which, given his threats to Mueller, would seem like the more obvious description of the "weapon" they should be looking for.

"#fastball; the LAPD were AWESOME. Absolute pros! they can protect and serve this Warlock anytime!!!"  wrote Sheen on his Twitter, which much come as such a relief to those women who have been physically assaulted by Charlie: just knowing that the cops in town will give a notoriously unhinged guy back his gun and bullets if he promises it's just a collector's item and is really, really famous. According to the same TMZ report, the cops were actively "not trying to place Charlie on a 5150 psychiatric hold."

But that wasn't the end of of Sheen's wacky adventures of the evening: the cops were called back to Sheen's house at 11:35 to arrest an "obsessed" fan that had somehow found his way on to Charlie's yard. The 26-year-old Missouri man was promptly arrested, despite no evidence of him having a weapon, trying to break into Sheen's house, or anything at all that suggested he was a) dangerous or b) a fan.

We're not saying that this unnamed individual isn't some crazy stalker, but as far as we know he's never threatened to cut someone's head off and wasn't carrying any weapons (antiques or otherwise). He is however guilty of walking onto someone famous' property, a crime which the LAPD take very seriously.