When did movie monsters get so sexy?

The trend has roots in Anne Rice and silent films. But by making villains so hot, aren't we defanging the horror? 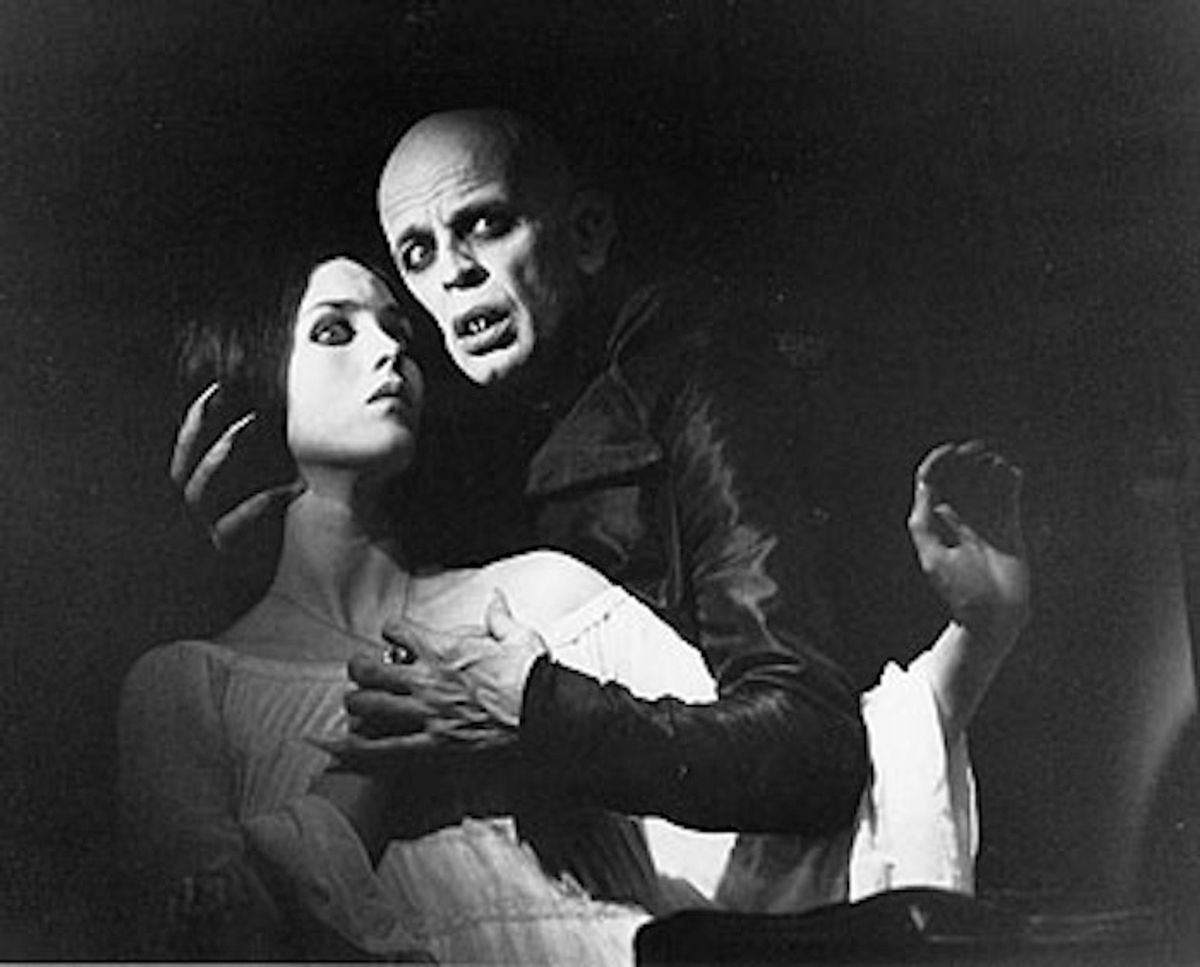 Robert Pattinson has this guy to thank for his success.
--

It may have started with King Kong: the image of that giant beast holding Fay Wray in his oversize mitt as he swatted off planes on top of the Empire State Building. To be fair, the ape hit upon the idea of using the iconic tower as a romantic getaway nearly 25 years before Cary Grant in "An Affair to Remember."

Or maybe it was Max Schreck in 1922's "Nosferatu": With his sunken eyes and shy demeanor, the biggest difference between the Transylvanian bat-creature and the kids from "Twilight" is personal grooming choices.

Wherever the original seed was planted, its effects are widespread today. Monsters are among us. And they are super sexy, romantic and just want you to love them.

We probably have Anne Rice to blame for this: The writer's gothic "Interview With the Vampire" book and subsequent series made neck-biting sexy and spawned a whole generation of goth kids thinking that heavy petting always involved a blood transfusion.

And then came "Twilight," the sexy (but not sexual) 2.0 update to Rice's tortured Louis de Pointe du Lac. Here was the "other" who had terrified us for so long, and he came in the package of a handsome teenage boy who was as frigid in the bedroom as he was to the touch. And let's not forget Jacob, Bella's lupine love interest from Stephenie Meyer's series, whose lightning-quick transformation from boy to wolf involved none of the gruesome close-ups provided in "An American Werewolf in London."

Lately, it's gotten worse. Alex Pettyfer as an alien in "I am Number Four" is the guileless, beatific cousin of Ellen Ripley's worst nightmares. (Though without seeing the movie, I cannot confirm that there isn't a scene in which Alex pops out of Dianna Agron's stomach.) And if the idea of a dead woman standing over your bed while you sleep gives you the shivers, you obviously haven't been turned on to "Being Human," the BBC show currently getting an American SyFy makeover. The program stars sexy Meaghan Rath as an apparition living with a vampire and a werewolf. Dating is such a bummer when guys figure out you're dead, am I right, gals?

In fact, "the virgin always lives" scenario became such a cliché that it was later meta-mocked in Wes Craven's "Scream":

(Although, looking back, perpetual virgin Jamie Kennedy didn't fare too well after the credits stopped rolling either, so history had the final laugh on that one.)

In the closest thing to a zombie sex movie that we'll ever get, David Cronenberg's "Rabid" (now called "Rage" for some reason) featured a venereal disease that turned its victims into hormone-fueled monsters who craved fresh blood -- a not-so-subtle commentary on contemporary Canadian gender politics and the sex trade industry that went right over my 14-year-old-head, leading me to believe well into high school that doing the dirty directly resulted in an insatiable craving for human flesh. (Which I guess it does, but not in the way that Cronenberg's traumatic movie led me to believe.)

By the way, parents, if you really want to make sure your teenager won't be having sex any time in the near future, forget about the birds and the bees talk. Just show her "Rabid."

You'd think that our new breed of "sexy" monsters would subvert the traditional heavy-handed anti-sex message in scary movies. Except nope, the opposite: The whole point of "Twilight" is that vampire Edward won't have sex with Bella till they are married, and even then it almost kills her. We don't know much about the working genitalia of Number 4, but considering how much James Frey is trying to tap into the lucrative tween market, we doubt it looks like any tentacle Hentai down there. Even shape-shifting Sam from "True Blood" keeps things chaste with Sookie Stackhouse, even when he is creepily spying on her in dog form from the foot of her bed. As the citizens of Bon Temps realize that the murderer in their midst isn't a vampire or other-worldy creature, we all learn a valuable (if clichéd) lesson that humans are indeed the most terrifying monsters of them all. (Mainly because our actual monsters are too busy prancing around like attractive eunuchs to be very scary.)

(Side note: Ironically, the scariest creatures our generation has to call its own resemble adorable little moppets. Think of the demons from "The Ring," "The Grudge" and "Let the Right One In." They might be evil spawns of Satan, but at least they're not staying out late at night, dressed like hookers and doing god knows what to who knows how many filthy men!)

But in turning monsters into pretty boys with no-risk warning labels attached to their rippling PG-13 torsos, we risk losing what actually attracted us to dark and sinister characters to begin with. The women who stalk Night Stalker Richard Ramirez and moon over horror actors like Robert Englund (Freddy Krueger) prove that depraved villains are never at a loss for fans attracted to their bad-boy sex appeal, no matter how physically unattractive or insane they are. (Case in point: In researching this topic, I found I was not the only person among my colleagues who has had a sex dream about Freddy Krueger.)

The main difference between the traditional horror monster and our current crop of attractive vampires, werewolves and ghosts can be seen as the difference between sex and love. Scary monsters can be sexy and so can psycho killers, but only brooding vampires with souls and "The Phantom of the Opera" represent the "ideal man": Someone that will love you unconditionally, and forever. And while that's scary in its own right, turning monsters into attractive, non-sexual (and therefore non-threatening) love interests turns horror films into teen romance flicks. "Twilight" will never be confused for a horror film; it's a story about eternal romance. Too bad Max Schreck's hideous Nosferatu hadn't been given the memo about this 99 years earlier, as he might have managed to get the girl by showing her his purity ring.