Rand Paul is pro-choice for toilets 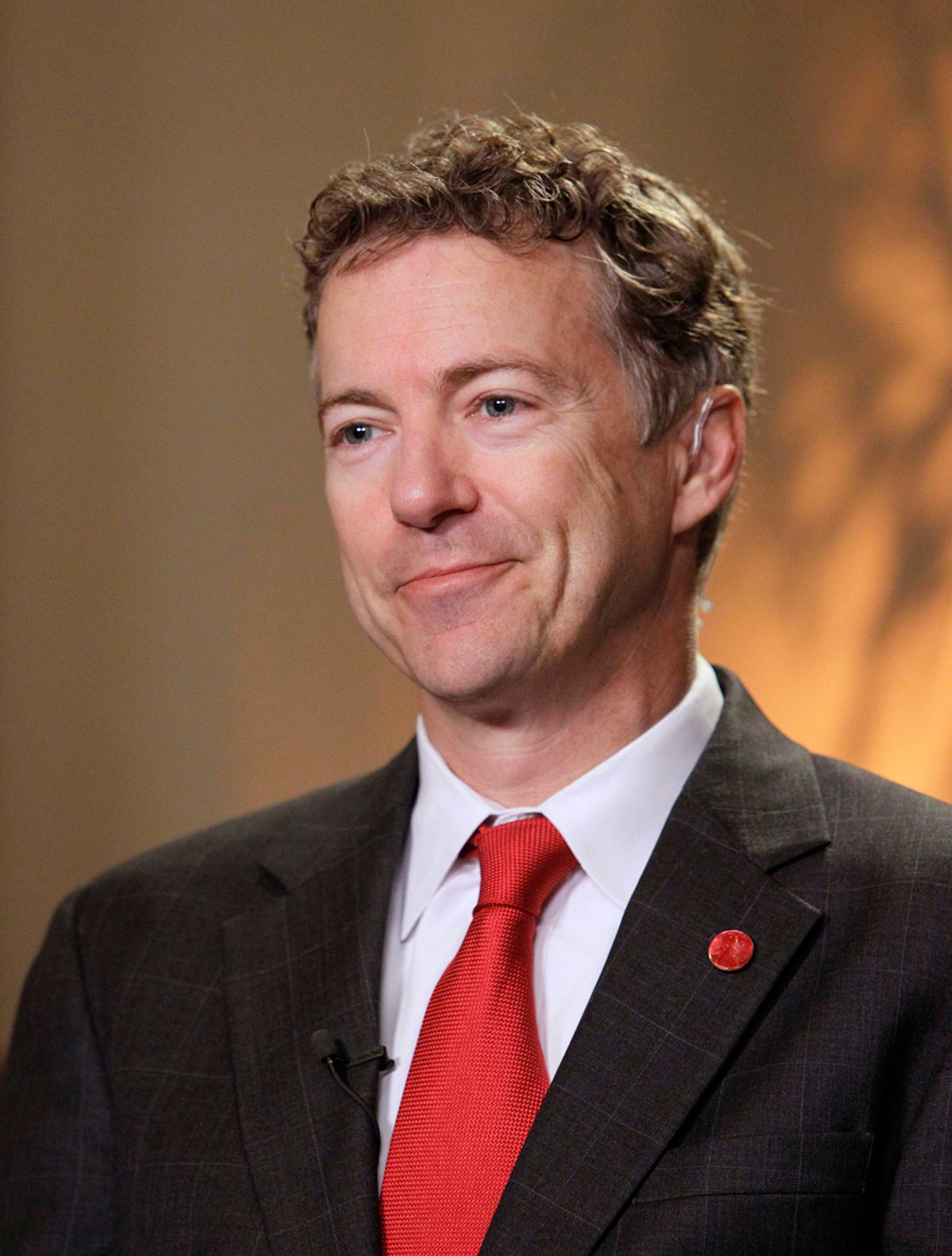 Ladies and gentlemen, this is what we are up against. In a diatribe as bizarre and petulant as anything out of Charlie Sheen's or any recent star of "The Bachelor's" mouth, Kentucky Sen. Rand Paul went on a tear Thursday about how abortion is somehow interfering with his God-given right to incandescent light bulbs. Clearly, there wasn't one illuminating over his head when he started down the crazy path.

On Friday, Irin Carmon at Jezebel beautifully drilled down the essence of the rant -- that "Rand Paul Thinks His Toilet Is More Important Than Your Abortion Rights." In a mind-boggling display of foot stamping during an energy hearing, Paul asked deputy assistant energy secretary for efficiency Kathleen Hogan if she was "pro-choice," leading the visibly puzzled Hogan to reply she's pro-choice on light bulbs. Rand then launched into full cri de coeur mode, comparing the choice of abortion to being "anti-choice on every other consumer item, including light bulbs, refrigerators, toilets. You can't go around your house without being told what to buy. You restrict my purchases. You don't care about my choices." Boo hoo hoooooo!

Who knew that reproductive choice was a consumer purchase? Who knew you could run out to Best Buy and pick up one of them late-term abortion thingies with an Energy Star rating? Paul then went on to overshare that "My toilets don't work in my house. And I blame you and people like you." We get it -- Rand Paul has a fiber diet and a low flush toilet. "I can't find a toilet that works!" he blurted angrily again later. So if you're a pregnant teenage rape victim, maybe you should start thinking about how Rand Paul is suffering to get a little perspective.

Much of Paul's speech doesn't even make sense: If he's so ticked about some perceived limitation of his "choice," why does his Web page insist "I believe in a Human Life Amendment and a Life at Conception Act as federal solutions to the abortion issue." You don't like government regulation? The government regulates abortion. Where's your free market now, Paul?

The whole piece is a truly remarkable piece of irony-rich rantitude, sure to be included in the next volume of Now That's What I Call False Equivalencies and White Male Solipism! Paul said he finds it "troubling, this busybody nature that you want to come into my house -- my bedroom, my bathroom ..." But a woman's womb, hey, that's up for grabs.

Yet when he kvetched to Hogan that "I find it insulting ... appalling and hypocritical," it was clear the parallels to how he feels and the sentiments of many of us on the side of reproductive freedom are stunningly similar. Just because Rand Paul has problems with his plumbing, it's astonishing that he believes he has the right to meddle in ours. But when he declared, "You busybodies are always trying to tell us how we can live our lives better -- keep it to yourselves," I had to admit, Rand Paul, you dismissive, whiny jerk, that I could not agree more.