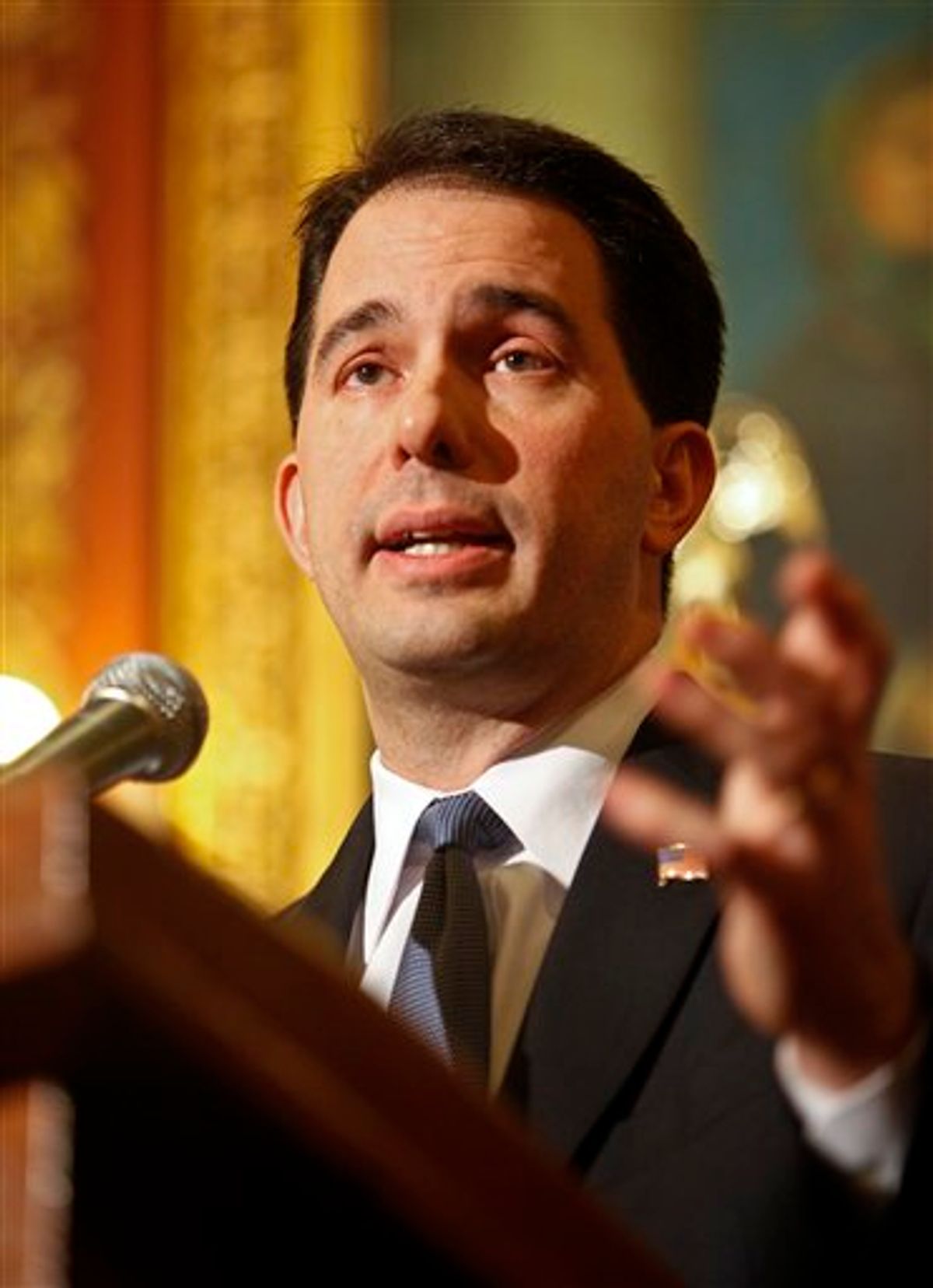 Wisconsin Gov. Scott Walker succeeded Friday in taking away nearly all collective bargaining rights from the vast majority of the state's public employees, quietly capping weeks of contentious debate and delivering an epic defeat to the labor movement with a private bill signing.

The governor planned a public ceremony later in the afternoon.

The measure passed the state's Assembly a day earlier following more than three weeks of protests that drew tens of thousands of people to the Capitol in opposition. The Senate cleared the way for passage with a surprise move Wednesday that allowed them to move the measure forward without 14 Democratic senators present.

The proposal has touched off a national debate over labor rights for public employees, and its implementation is a key victory for Republicans who have targeted unions in nationwide efforts to slash government spending. But union leaders said they plan to use the setback to fire up their members nationwide and mount a major counterattack against Republicans at the ballot box in 2012.

Walker told unions last week that he would have to lay off 1,500 workers if the bill didn't pass. He rescinded those layoff notices Friday.

The bill forces state workers to pay more for their pensions and health care benefits, which is estimated to save Wisconsin $30 million to help pay down a $137 million budget shortfall projected by July 1. The higher payments for state workers will take effect over the coming weeks.

But portions of the proposal had to be removed in order for it to pass the Senate without Democrats, meaning the Legislature will have to take more action later to balance the budget.

Walker had repeatedly argued that ending collective bargaining would give local governments the flexibility they needed to confront the state aid cuts necessary to fix Wisconsin's deficit, which is projected to grow to $3.6 billion deficit over two years.

"This is ultimately about a commitment to the future, so our children don't face even more dire consequences than what we face today," Walker said at a news conference in the West Allis community of Milwaukee on Thursday.

The Wisconsin Assembly voted 53-42 Thursday to pass the bill after about three hours of discussion, far less than the 61-hour, three-day marathon it took to approve a previous version two weeks ago.

The passage drew shouts of "shame, shame, shame" from protesters in the gallery and came only a day after the dramatic action in the Republican-controlled Senate.

Republicans said they were simply doing what voters wanted.

In last year's election, "people spoke very clearly and very loudly and said they wanted government to change here in Madison," Republican Assembly Speaker Jeff Fitzgerald said. "It's a tough vote, but it's the right vote. People are sick of the status quo."

Shortly before the vote, police had to move dozens of protesters who were sitting just outside the Assembly chamber doors, blocking the way for lawmakers. Officers dragged many of them away, but there were no arrests.

The protesters have been a constant presence in the building for more than three weeks, with their numbers swelling to more than 80,000 for one weekend rally. About 1,800 were in the building Thursday, and hundreds screamed outside the chamber doors before the vote.