9,500 missing in one Japanese town day after earthquake 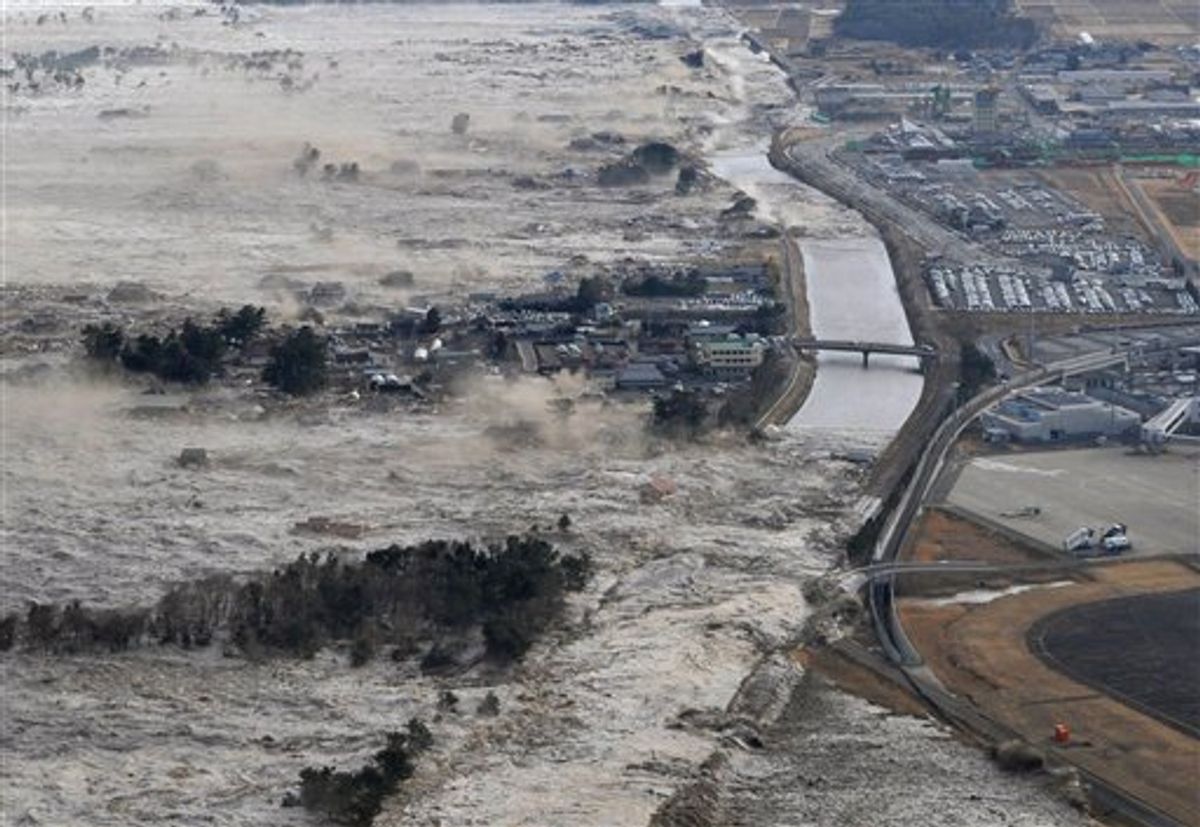 The news out of Japan is increasingly grim the day after one of the largest earthquakes in recorded history occurred off of the country's northeast coast. NHK, a Japanese public broadcaster, estimated that 900 are dead, while 700 are officially missing. However, the actual figure is, in all probability, significantly higher. Kyodo News Agency reports that 9,500 are missing in just one city, Minamisanriku. The coastal town was one of the hardest hit by the earthquake and ensuing tsunami yesterday.

Devastation otherwise stretched hundreds of miles (kilometers) along the coast, where thousands of hungry survivors huddled in darkened emergency centers cut off from rescuers and aid. The scale of destruction was not yet known, but there were grim signs that the death toll could soar. One report said four whole trains had disappeared Friday and still not been located. Others said that at least 200 bodies had washed ashore.

Atsushi Ito, an official in Miyagi prefecture, among the worst hit states, could not confirm those figures, noting that with so little access to the area, thousands of people in scores of town could not be contacted or accounted for.

"Our estimates based on reported cases alone suggest that more than 1,000 people have lost their lives in the disaster," Chief Cabinet Secretary Yukio Edano said. "Unfortunately, the actual damage could far exceed that number considering the difficulty assessing the full extent of damage."

Japan lies on the "Ring of Fire" -- an arc of earthquake and volcanic zones stretching around the Pacific where about 90 percent of the world's quakes occur, including the one that triggered the Dec. 26, 2004, Indian Ocean tsunami that killed an estimated 230,000 people in 12 countries. A magnitude-8.8 quake that shook central Chile in February 2010 also generated a tsunami and killed 524 people.