Collective bargaining, explained: Why it's at the center of fights now

Why has the organized labor mechanism become such a lightning rod for legislative battles recently? 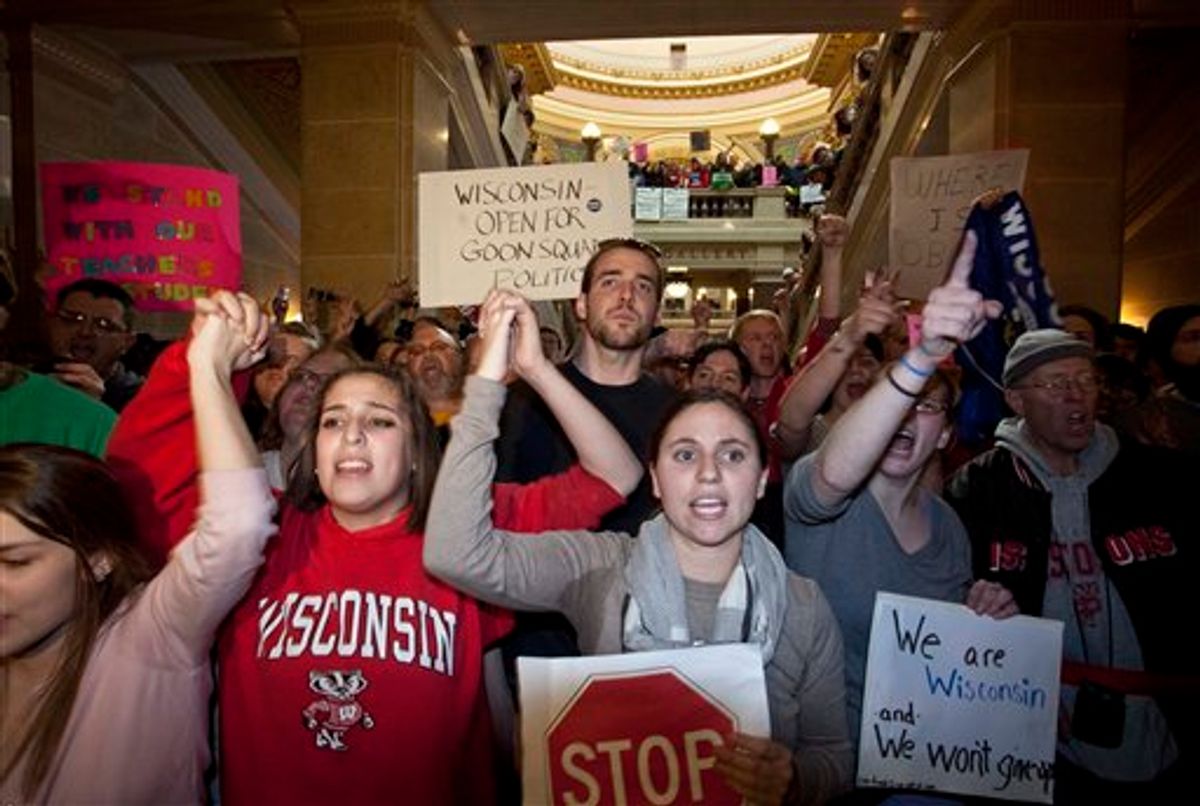 This article was originally published on ProPublica on March 11, 2011.

The term "collective bargaining" has been somewhat ubiquitous lately, as legislators in several states have moved to limit union rights. But while collective bargaining lies at the very heart of what unions do, how it works -- especially in the public sector -- is not always so straightforward.

What is "collective bargaining"?

Simply put, "collective bargaining" is the process through which employees band together to form a union and negotiate a contract with their boss that lays out certain employment conditions, including things like salaries, benefits, vacation time, work hours, safety conditions and grievance procedures.

Is collective bargaining a "right"?

The United States has officially recognized the right to unionize and bargain collectively since at least 1935, when Congress passed the National Labor Relations Act, a federal law governing the formation of unions and the process of collective bargaining. (The U.N. has also long recognized collective bargaining as a fundamental right for workers.)

But the NLRA only applies to private employees. And while federal legislation has since extended certain collective bargaining rights to federal employees, state employees remain subject to their individual states' laws.

In the cases of Wisconsin, Ohio, Michigan, Tennessee and Idaho, legislators are seeking to limit the collective-bargaining rights of their state employees.

What's the argument for limiting public employees' right to unionize?

Well, public employees can have more leverage than private workers.

While private unions have an incentive to keep their demands reasonable (lest they drive their employers into bankruptcy and themselves into unemployment), public unions are in a different position. Paying government employees more might mean higher costs for taxpayers, but since it's hard for most people to shop at a different government, there's little incentive for public unions to scale back their demands.

Another concern is that public unions can politicize state agencies at the general public's expense. The unions can use big money and get-out-the-vote muscle to back the election of politicians who will offer them cushy contracts -- and leave taxpayers to foot the bills.

Why is this all an issue now?

Many of the states considering this kind of legislation are doing it, they say, in the hope it will help close their respective budget gaps. It's unclear how much money limiting union rights will save and even harder to know whether legally limiting state workers' union rights will have any practical effect. While it is within the states' powers to limit (or even abolish altogether) their employees' collective-bargaining rights, public employees have occasionally risked fines and jail time by holding illegal strikes.

Inform ProPublica investigations: Do you have information or expertise relevant to this story? Help us and journalists around the country by sharing your stories and experiences.