P.J. Crowley out after denouncing treatment of Bradley Manning as "counter-productive and stupid" 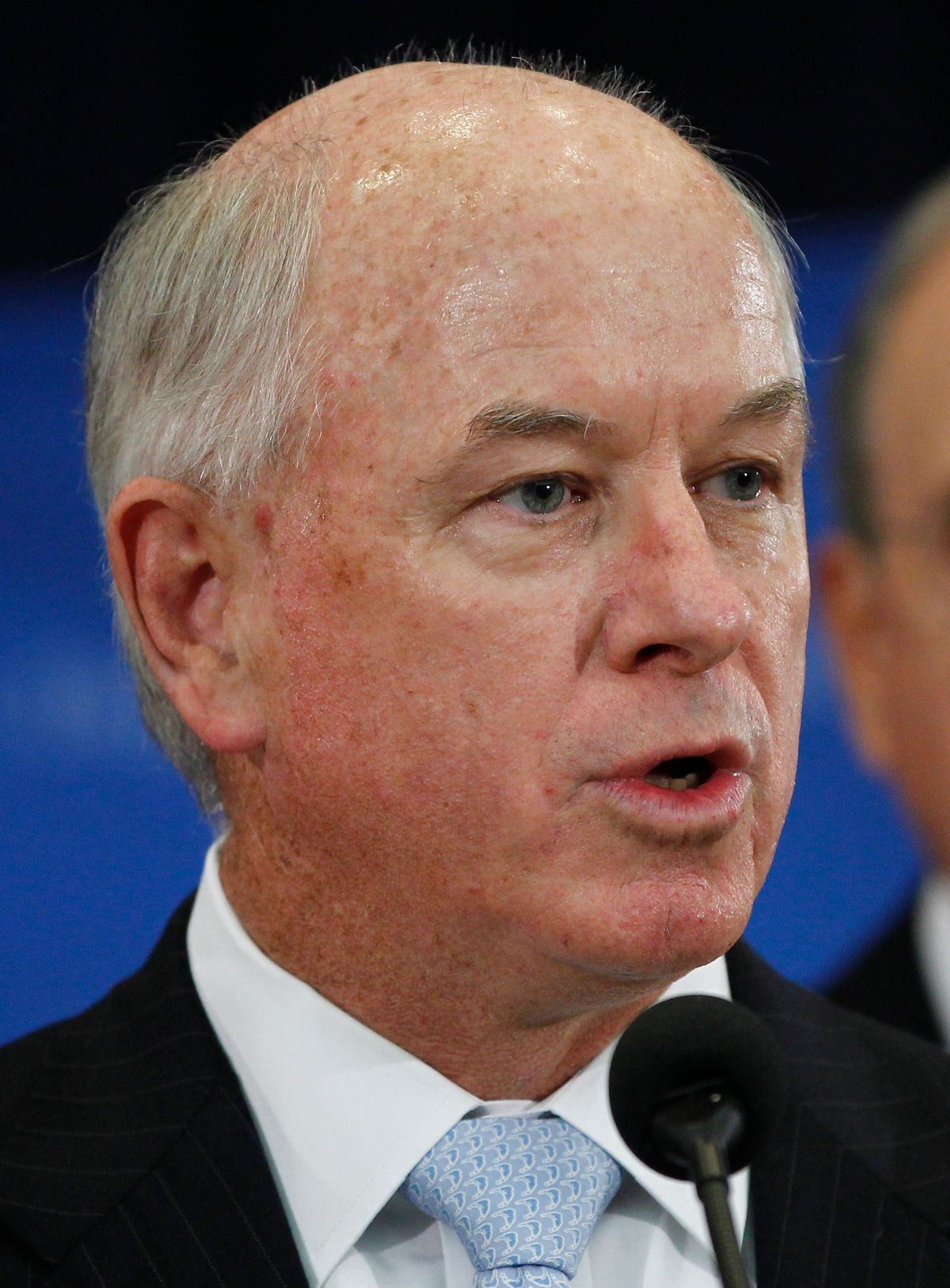 In this photo taken Sept. 2, 2010, State Department spokesman P.J. Crowley speaks to reporters as Secretary of State Hillary Clinton holds during direct negotiations at the State Department in Washington. Crowley has resigned after causing a stir by describing the Army's treatment of the suspected WikiLeaks leaker as "ridiculous" and "stupid." Crowley said in a statement Sunday, March 13, 2011, that he took responsibility for the remarks, and that given their impact, he had submitted his resignation to Clinton. (AP Photo/Charles Dharapak, File) (Associated Press)
--

On Friday, State Department spokesman P.J. Crowley denounced the conditions of Bradley Manning's detention as "ridiculous, counterproductive and stupid," forcing President Obama to address those comments in a Press Conference and defend the treatment of Manning. Today, CNN reports, Crowley has "abruptly resigned" under "pressure from White House officials because of controversial comments he made last week about the Bradley Manning case." In other words, he was forced to "resign" -- i.e., fired.

So, in Barack Obama's administration, it's perfectly acceptable to abuse an American citizen in detention who has been convicted of nothing by consigning him to 23-hour-a-day solitary confinement, barring him from exercising in his cell, punitively imposing "suicide watch" restrictions on him against the recommendations of brig psychiatrists, and subjecting him to prolonged, forced nudity designed to humiliate and degrade. But speaking out against that abuse is a firing offense. Good to know. As Matt Yglesias just put it: "Sad statement about America that P.J. Crowley is the one being forced to resign over Bradley Manning." And as David Frum added: "Crowley firing: one more demonstration of my rule: Republican pols fear their base, Dem pols despise it."

Of course, it's also the case in Barack Obama's world that those who instituted a worldwide torture and illegal eavesdropping regime are entitled to full-scale presidential immunity, while powerless individuals who blow the whistle on high-level wrongdoing and illegality are subjected to the most aggressive campaign of prosecution and persecution the country has ever seen. So protecting those who are abusing Manning, while firing Crowley for condemning the abuse, is perfectly consistent with the President's sense of justice.

Also, remember how one frequent Democratic critique made of the Right generally and the Bush administration specifically was that they can't and won't tolerate dissent: everyone is required to march in lockstep? I wonder how that will be reconciled with this.

UPDATE: Remember when the Bush administration punished Gen. Eric Shinseki for his public (and prescient) dissent on the Rumsfeld/Wolfowitz plan for Iraq, and all good Democrats thought that was so awful, such a terrible sign of the administration's refusal to tolerate any open debate? And then there was that time when Bush fired his White House economic adviser, Lawrence Lindsey, for publicly suggesting that the Iraq War might cost $100 billion, prompting similar cries of outrage from Democrats about how the GOP crushes internal debate and dissent. Obama's conduct seems quite far from the time during the campaign when Obama-fawning journalists like Time's Joe Klein were hailing him for wanting a "team of rivals", and Obama was saying things like this: "I don't want to have people who just agree with me. I want people who are continually pushing me out of my comfort zone."