How you can help victims of the Japan earthquake and tsunami

From the Red Cross to Lady Gaga: We've compiled a list of charities leading relief efforts 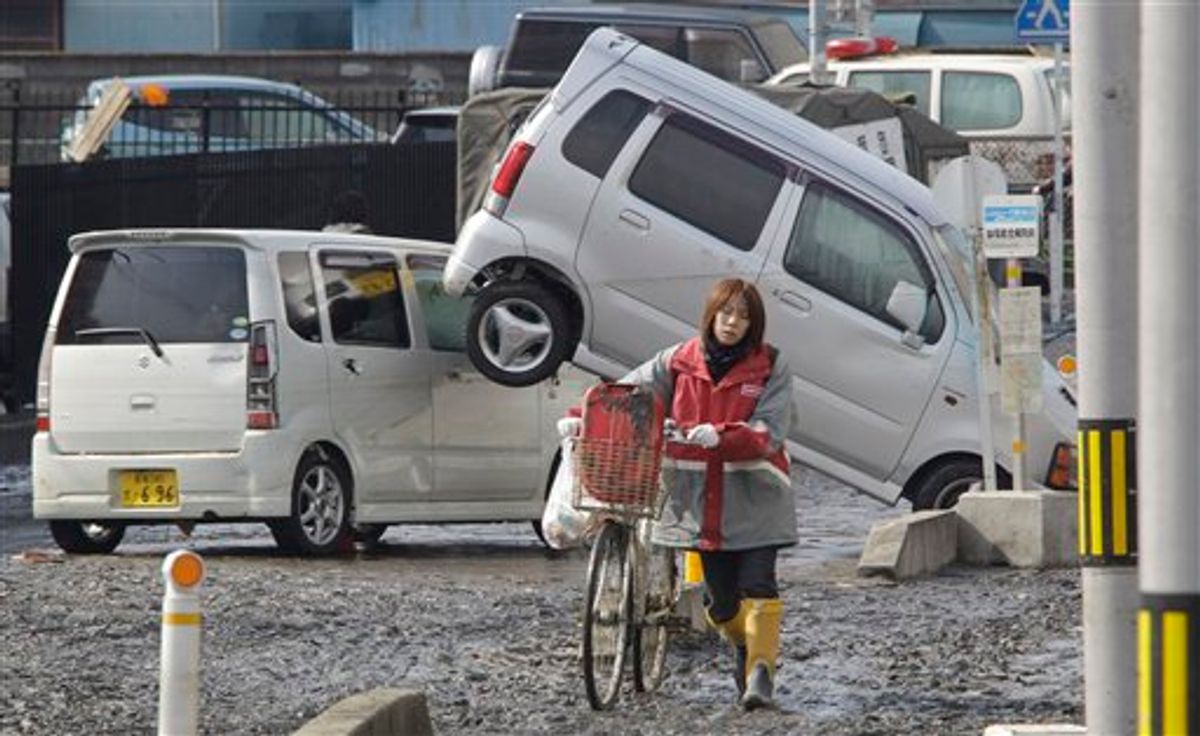 A woman pushes a bicycle on a street following a massive tsunami that's triggered by a catastrophic earthquake in Tagajo near Sendai, northeastern Japan, on Sunday, March 13, 2011. (AP Photo/Koji Sasahara) (AP)
--

As the disaster continues to unfold in Japan and other parts of the Pacific rim, many are looking for ways to help. We've compiled a list of notable relief efforts already underway.

If ever in doubt about a charity, you can check out a list of helpful tips and ratings at Charity Navigator.