100,000 turn out for Wisconsin labor protests 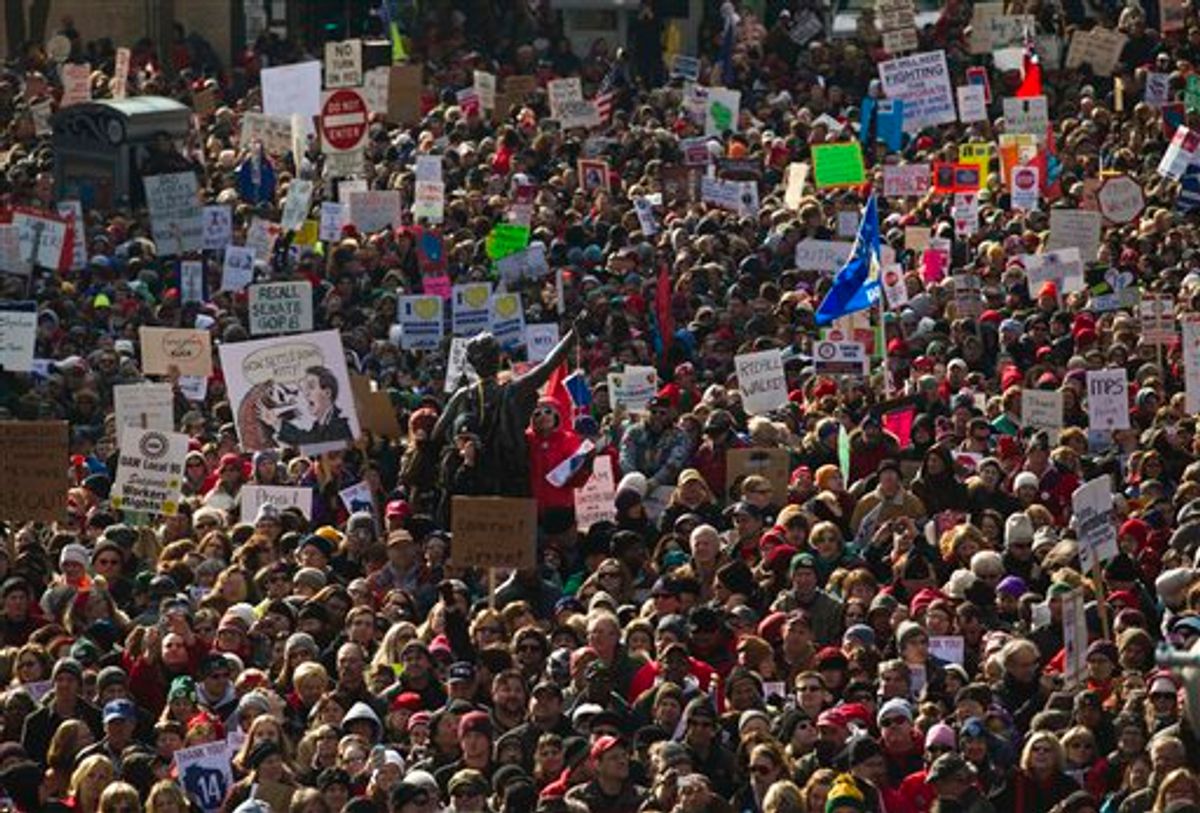 Thousands of pro-labor protesters rallied at the Wisconsin Capitol Saturday, March 12, 2011, in Madison, Wis., vowing to fight back after the state's Republican governor signed into law a controversial bill that eliminates most union rights for public employees.(AP Photo/Morry Gash) (AP)
--

The largest crowd yet has descended on Wisconsin's Capitol to protest cuts to public worker collective bargaining rights day after Gov. Scott Walker signed the measure into law.

Protests have rocked the Capitol almost every day since Walker unveiled his proposal. But Madison Police estimate Saturday's crowd as the largest at 85,000 to 100,000 by late afternoon.

Demonstrators say they're undeterred after lawmakers passed the legislation this week and Walker to put his signature on it Friday. Labor leaders have promised to fire up members and mount a major counterattack against Republicans at the ballot box in 2012.

High school English teacher Judy Gump says passage of the measure "is so not the end." She says "this is what makes people more determined and makes them dig in."