What if an earthquake strikes as a plane is landing?

There is a worst-case scenario, but the only place you're liable to see it is in a Hollywood movie 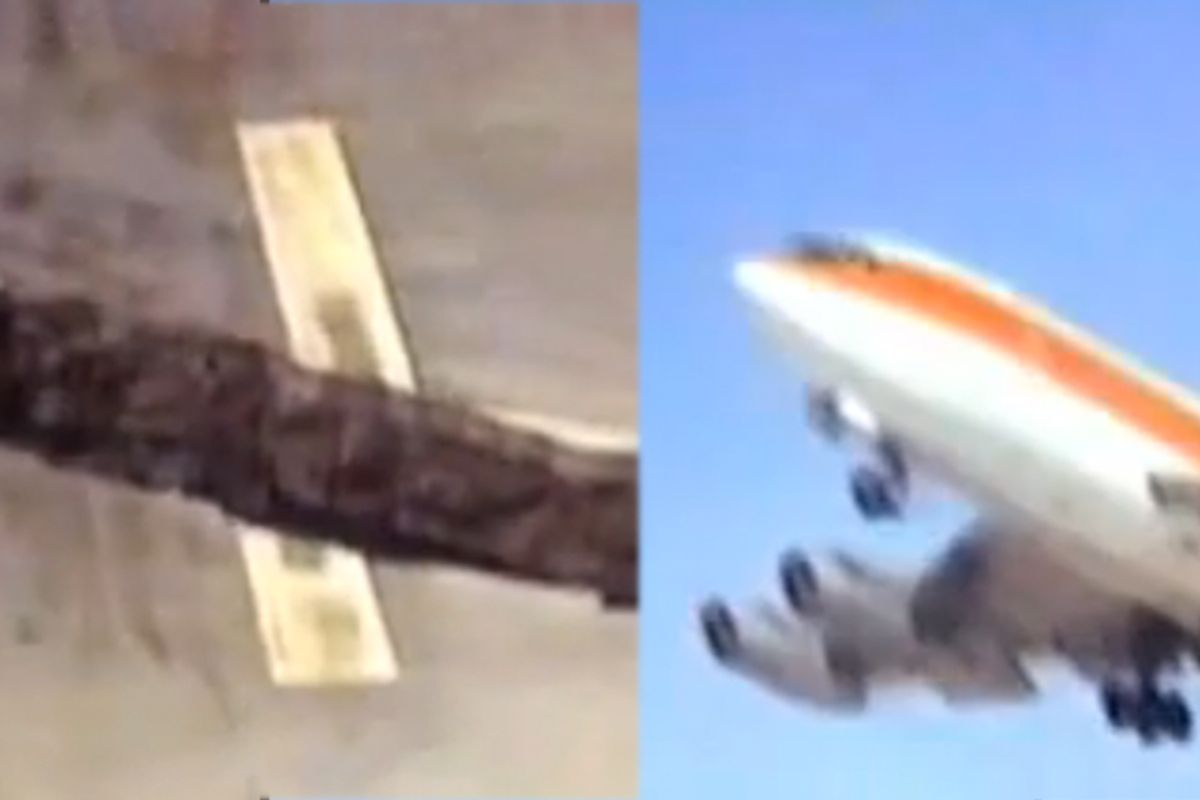 So, here I am trying to work this earthquake business into a column about air travel. Airplanes, airports, earthquakes. Tsunamis. There has to be a way to link them.

Sure, I get certain, if somewhat silly questions all the time:

What happens if an earthquake strikes just as a plane is landing or taking off?

Aircraft landing gear are designed to withstand some pretty severe jolts, but it would depend on the strength of the shaking and the speed of the plane. And better to have this happen during landing, when the idea is to stay on the ground and decelerate, rather than on takeoff, when you’re accelerating and attempting to fly. A high-speed upset on takeoff could be very dangerous, especially if the runway begins to buckle or the plane is knocked side to side and manages to smash a wingtip or an engine. (Note: The shaking of a 7.0 temblor is roughly equivalent to one of the author's normal landings, so nothing new there.)

But what if the runway were to fracture or split apart?

I can't imagine there are airports built directly over fault lines, but I suppose this is possible nonetheless. What would happen? Well, in a worst scenario: a 747 is accelerating through 150 knots when the runway heaves and cracks and suddenly there's a 5-foot ledge of broken concrete dead ahead. The jet slams violently into the fissure, shearing off the gear and engines. It pancakes and spins, clipping the wingtips of several planes on a nearby taxiway and setting all of them on fire ...

Statistically, though, about the only place you're liable to see that happen is in a Hollywood movie.

Or not even: The 1974 disaster film "Earthquake" had its chance, but gave us a near-miss instead. In the scene -- if I'm remembering it right -- a Boeing 707 is about to touch down at LAX just as The Big One hits Los Angeles. The runway starts shaking and cracking and a huge fissure opens up. The crew spots it, though, and executes a safe go-around just in the nick of time.

They don't make disaster movies like they used to.

What if a tsunami comes washing across the airport, smashing through the terminal and washing away planes. If you were in one of those planes, would you ride it out or try to escape?

Let's not have this discussion anymore. [Note: Somebody really sent me that question]

Look, airports have been struck by quakes, if maybe not tsunamis, many times in the past, and I am unaware of any onboard casualties. When it comes to natural disasters, the more potent threats to flying are hurricanes, tornadoes, cyclones and typhoons -- phenomena that spawn violent winds, shears, extreme turbulence and the like.

And as we know, it's not the moving of the ground that kills and injures people during a quake, but rather structures collapsing on top of them. Few places could be safer than an empty expanse of airport tarmac, and excepting those far-fetched scenarios above, you'd be better off inside a plane, certainly, than inside the terminal.

I was at the airport in Mexico City a month or so ago, at the new Terminal 2 -- an airy, if cheerless structure of fragile-looking honeycombed concrete. This was Mexico City, after all, and presumably this building was designed with quakes very much in mind. Still, it just didn't look safe.

I felt better once I was in the plane.