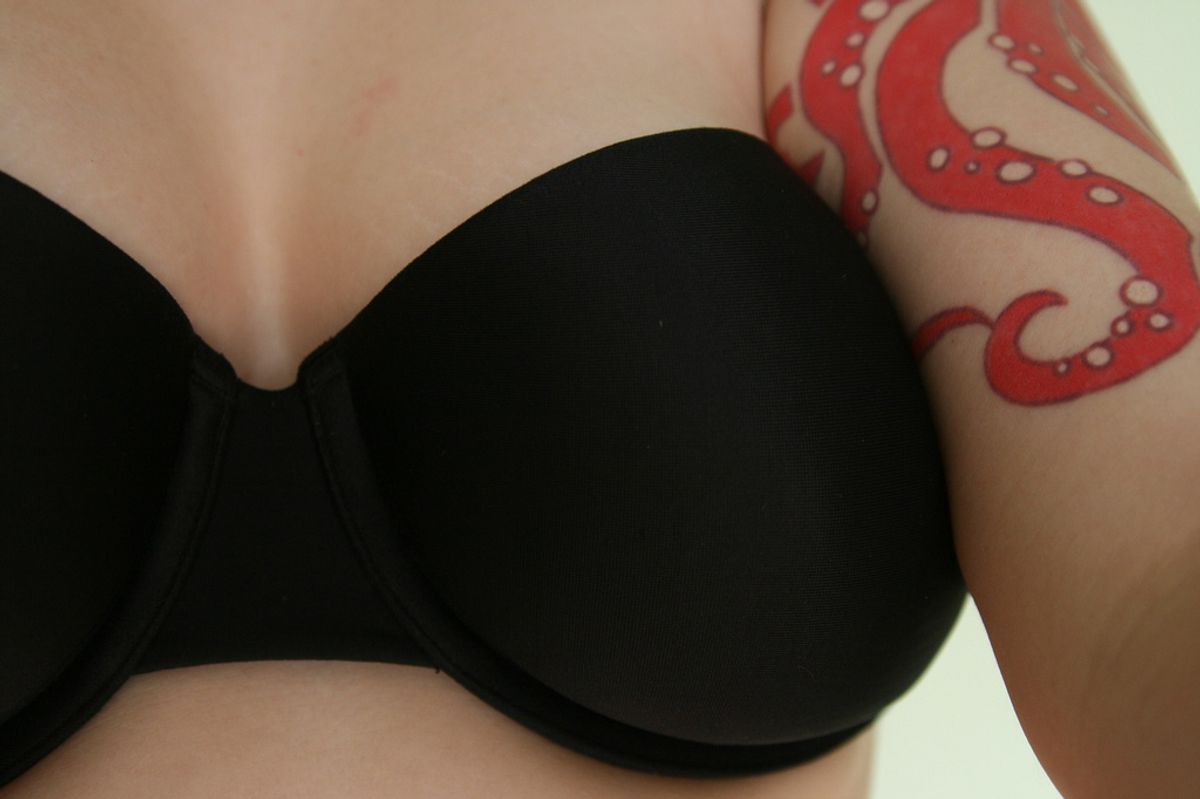 A Fox News website has picked up a hoax story about an Islamic council in Pakistan protesting the use of padded and colorful bras and presented it as fact.

The story, which is still featured on Fox News' Fox Nation website, was illustrated with a picture of a woman's mid-section and carried the headline "Pakistan: Islamic Clerics Protest Women Wearing Padded Bras as 'Devil’s Cushions.'" (UPDATE 9:30: Fox has now pulled the story. See the original here.) The lead of the Fox Nation story, which sources the piece to the Indian news website sify.com, reads:

The Council of Islamic Ideology in Pakistan has protested the use of padded and colourful bras by Muslim women, and recommended that Pakistani Muslim researchers should try to invent an innerwear that makes female assets unnoticeable.

The problem is, if one takes the time to track the story back to its source, the whole thing is an obvious Onion-style satire -- a fact first pointed out by Arif Rafiq of the Pakistan Policy Blog.

The sify.com story linked by Fox cites a "report" from yet another site called Roznama Jawani.

Roznama Jawani, in turn, appears to be a Pakistani version of the Onion, featuring such stories as "Karachi Preparing a Huge Ass Bat to Beat the Shit Out of Kamran Akmal," "Altaf Hussain Challenges Imran Khan to a Rap Battle to Settle Differences," and "Man From Peshawar Sues Red Bull. Says he has no wings!"

The bra story on Roznama Jawani features a crudely photoshopped image of an Islamic council meeting with a large sign that says, "Future of Padded Bras." The story quotes an anti-padded bra protester saying that "Padded bras are evil as they make the breasts look bigger and perky ... Only devil women show off private parts."

Click around a little on the site, and one finds a legal notice:

The stories published in Roznama Jawani might only be applicable and true in another universe. That universe might be parallel to this universe. Might even be serial. Who knows?! Maybe some one does.

Fox Nation is an openly conservative news and opinion aggregation site that is part of the Fox News network. It's not clear what sort of editorial standards are applied to the site, which carries a mixture of hard news and catnip for conservative readers (sample headlines: "Democrats politicize tsunami" and "The President's afternoon: A round of golf").

Fox Nation commenters, for their part, reacted to the bra story with outrage. "If I was a woman--anywhere in the world, I'd be taking a close look at Islam and what it meant for me," wrote commenter rebubinca. A "louisiana_mom" replied:

"How can anyone in their right mind defend this religion/cult is beyond me. The silence of NOW and other women's rights organizations speak volumes as to where their true loyalties are (and it is not for the rights for women).I cannot believe anyone in the 21st century would even entertain the thought of allowing Sharia Law into any Western county."

This is hardly the first time a hoax story has made its way around the Internet. A similar situation last year prompted a boycott of pop sensation Justin Bieber by opponents of the "ground zero mosque" who falsely believed that Bieber had come out in favor of the project.

UPDATE: TPM's Josh Marshall points out that this is not the first time Fox Nation has presented satire as fact.