US moves ships out of path of Japan radiation 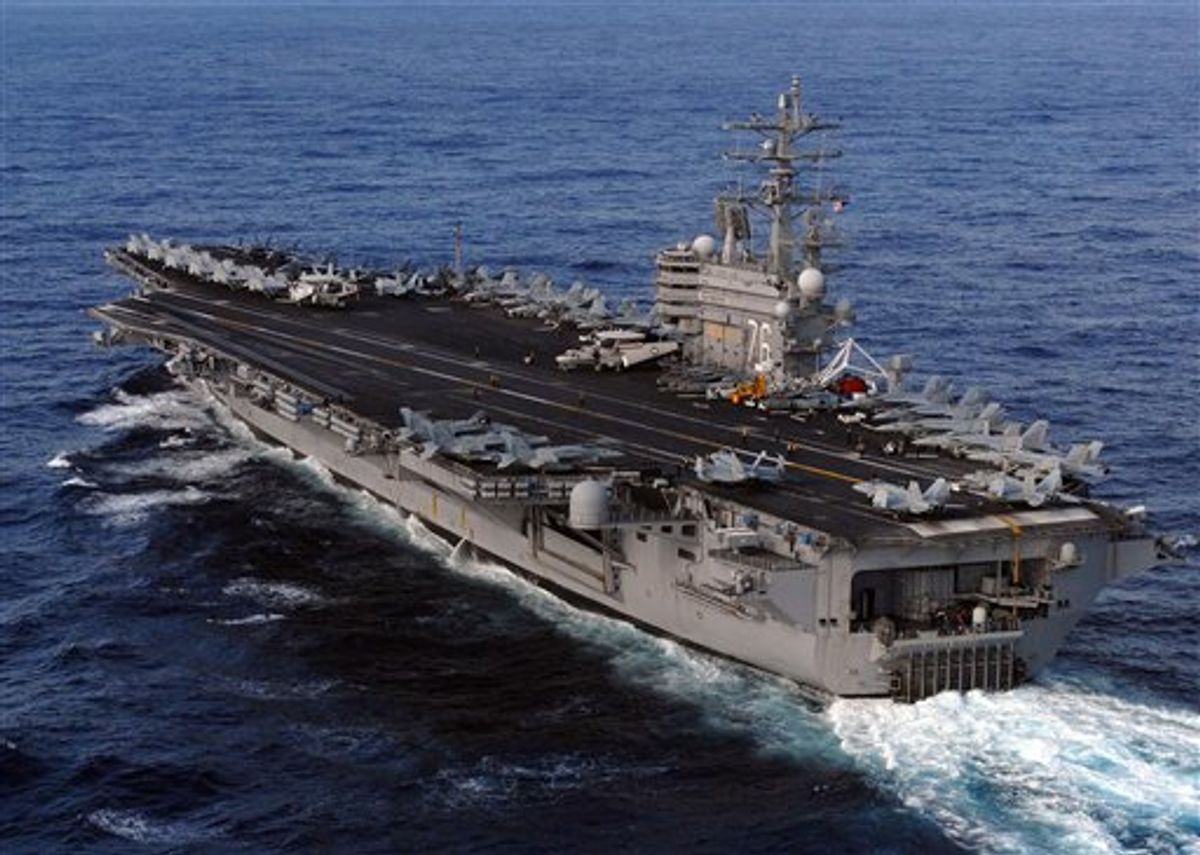 The Navy says it moved several U.S. ships away from a troubled Japanese nuclear plant after detecting low-level radiation on 17 helicopter crew members positioned there for relief efforts.

Navy Cmdr. Jeff Davis, a spokesman for the U.S. 7th Fleet, said Monday that the Navy is committed to continuing the operation to help the Japanese after last week's earthquake and tsunami. But he says officials had to figure out how to continue safely after airborne radiation was detected Sunday by the carrier USS Ronald Reagan and on a helicopter crew returning to the ship from search and rescue operations.

By moving the ships in the carrier group out of the downwind path of the power plant, Davis says the navy can continue with less risk to Americans participating.