The retired CNN host already announced a comedy tour. Is working with Jon Stewart show next? 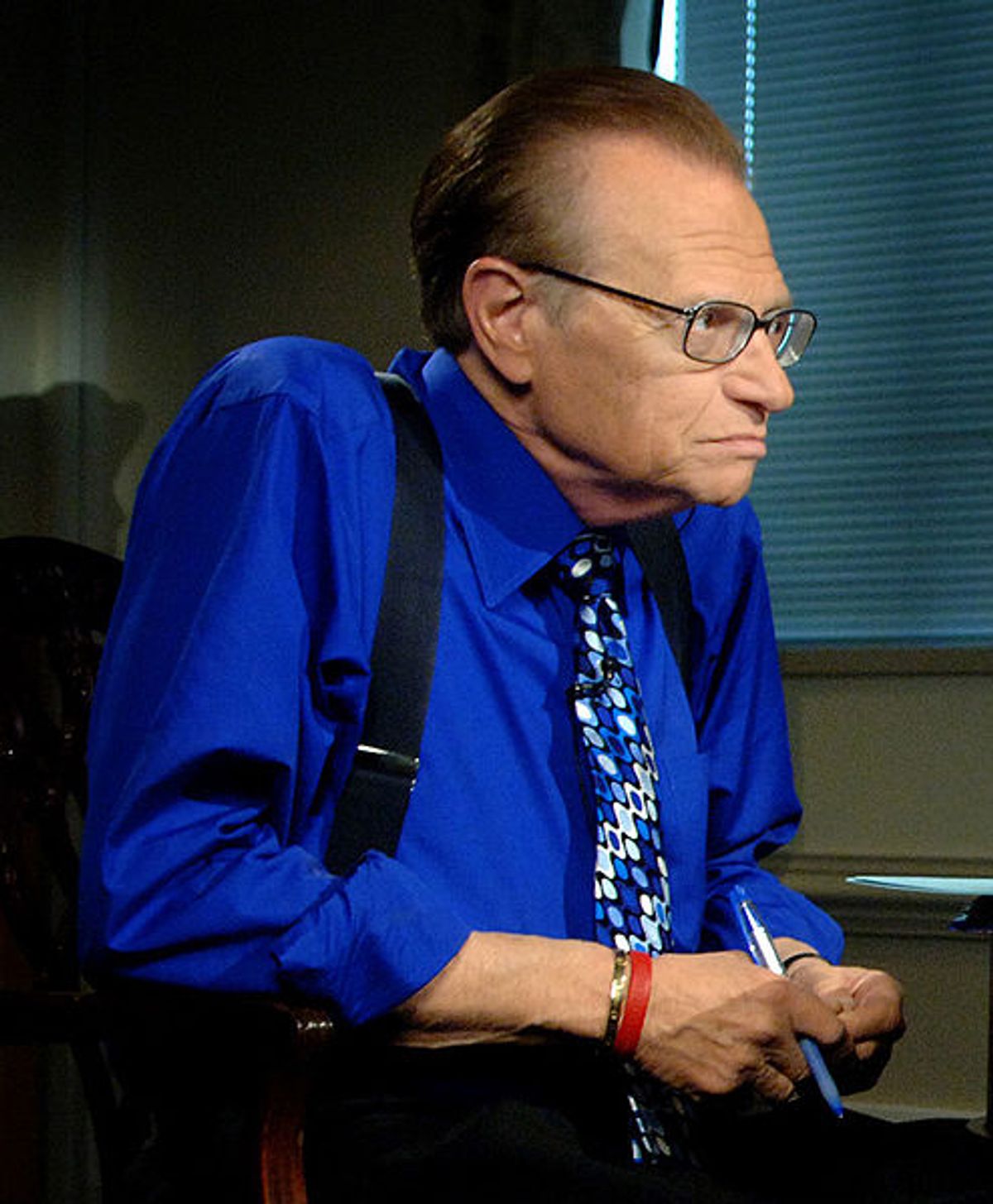 Who would've thought that Larry King's post-CNN career would involve much more than a golf course and some guest lectures? The notoriously dry septuagenarian already raised eyebrows when he announced that he would embark on a comedy tour in April. Now, a new rumor circulating the Internet is even more bizarre: Larry King is in talks to join up with Jon Stewart on The Daily Show.

We'll reiterate that this is a rumor. No one has come forward to confirm yet, but the New York Post has several anonymous sources vouching for the news. According to one such tipster:

A single conversation has happened. It's still extremely preliminary. He'll be on every now and again, like Lewis Black. He's not joining as a correspondent but a contributor.

According to the unnamed informants, King would be joining in a limited, "contributor" role, rather than as a correspondent like John Oliver or Olivia Munn. Still, we're going to wait for official confirmation before we start adjusting our DVRs to capture King in all his awkward, late-night glory.