The only thing as predictable as the reality show is the backlash against it. We look at 15 years of complaints 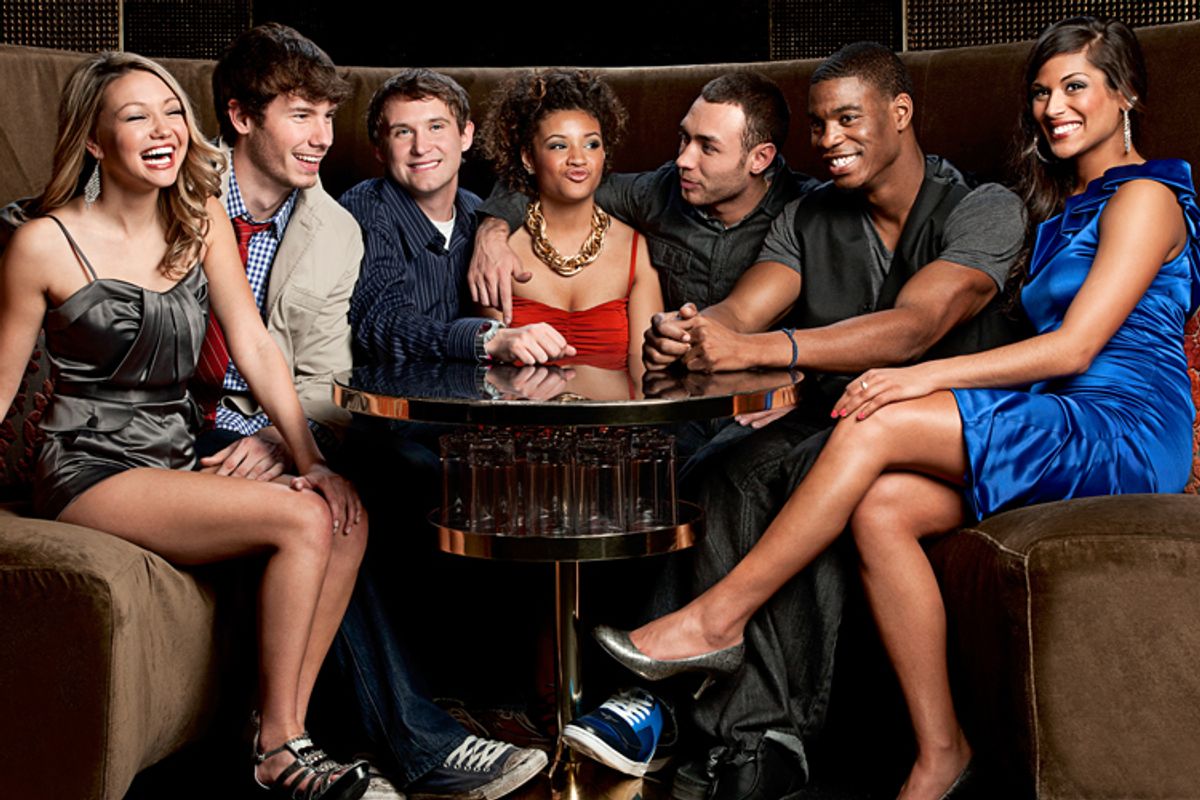 "The Real World: Las Vegas," not the first cast to be deemed irrelevant by a long shot.
--

As MTV's classic reality show launches its 25th season, critics ask: Is "The Real World" still relevant? But wait, when have critics not been asking that question? Once celebrated for tackling taboo issues of sex and race, "The Real World" (which premiered in 1992) has spent much of its two decades on the air dodging claims that it has lost whatever made it special in the first place: realness, coolness, shock value, influence. The following is a short compilation of media critiques that date back 15 years, proving that griping about "The Real World" is nearly as standard and predictable as the show itself.

"It just seems silly and obstinate that 'The Real World' refuses to acknowledge it is a cultural phenomenon and that some of its participants enter this Warholian bargain fully expecting to become stars. Or that the show refuses to acknowledge that a participant's moonlight walk hand-in-hand with a new beau is changed by a camera being there recording it for national consumption."

1997, Richmond Times-Dispatch: Is it still edgy?

"Despite the well-worn premise, 'The Real World' offers enough petty fighting to hold interest. But it's no longer groundbreaking; it's simply a soap opera. And if the long success of shows like 'General Hospital' is any indication and MTV continues to pick new settings, we may eventually see seven strangers picked to live in a house ... in Chesterfield."

"When exactly 'The Real World' jumped the shark is debatable, but clearly the show isn't the consistently dramatic and entertaining half-hour that it used to be. The advent of gimmicks -- like forcing the cast to work a job together (which began in Miami with the infamous business that never got off the ground) or casting close friends (as happened during the Seattle season) -- seemed to indicate that the show was moving away from a proven formula."

If "The Real World" was once a fascinating window into the lives of young adults, now it's little more than a Peeping Tom snatching glimpses of what happens when people stop being polite and start getting drunk and naked.

2006, Chicago Daily Herald: Is anybody watching?

"In the early days, MTV was the only game in town. Everyone watched it. Everyone talked about it. Its effect was so powerful that MTV's first audience is often referred to as 'the MTV Generation.' ...

Today, MTV no longer has an exclusive hold on teenagers. The network competes with iPods, popular Web sites like myspace.com and a number of youth-based television networks for the attention of young people. The network is now just one face in the crowd."

"Maybe after 25 years the network has run its course. How much longer can the 'Real World' series continue? How hip is the 17th season of anything? And aren't young music fans now better served by MySpace, the online destination where bands stream their songs and videos for free and encourage feedback?"

"There is something about 'The Real World' that feels permanently stuck in the early 1990s, when issues of sexual orientation were guaranteed to rattle. There's so little rattling, and seemingly so little prospect of sexual tension, that 'The Real World: Brooklyn' threatens to sink to the innocuousness of 'The Love Boat.'"

2011, The Daily Beast: Is it being unfairly dismissed?

"What's unique to 'The Real World' is that it's the only show in which young people are put together and encouraged to discuss difference in substantive ways.

'The Real World''s sustained ratings success is not because of its casts' alcohol-fueled romps, but because at its core, it’s still the same show it always has been: one about kids from different backgrounds working through their differences and finding surprising commonalities along the way. Which is something you'll never see out of Snooki."