Buzz around "Angles" confirms: Critical acclaim directly proportional to how much band hates itself, each other 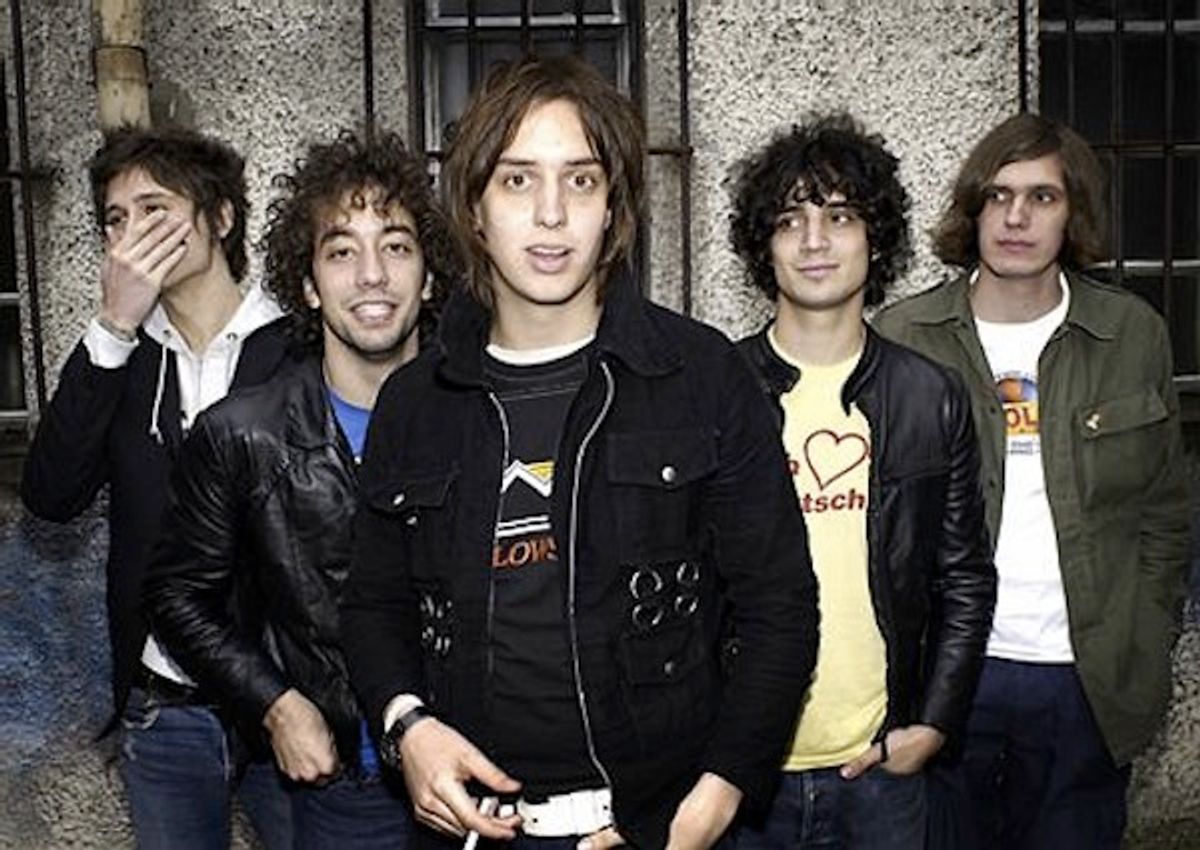 Judging from all the publicity for their fourth album "Angles," the Strokes have learned their lesson. Two New York Times profiles last week breathlessly anticipated not the music itself -- which is due out on March 22 but has already leaked online -- but the volatile soundbites zinging back and forth between singer Julian Casablancas and the rest of his band, with whom he managed to record an album without ever being in the same room. (He lay the vocal tracks by himself in the studio.) Said Julian in this week's money quote:

I think 'collaboration Strokes' is more on the side of just poppy than what I am interested in personally," he added. "I’ll take what I can get, so I’m happy." (Not totally. Asked if he was excited about touring, Mr. Casablancas said no.)

Meanwhile guitarist Nick Valensi called the process of making "Angles" awful and fractured, saying, "I won't do the next album we make like this. No way. It was awful -- just awful. Working in a fractured way, not having a singer there." The press ate up these quotes like baby birds eat regurgitated worms. And the Strokes were back in our hearts.

See, the Strokes know that we're infatuated with bad boys: those reluctant stars who look at their fans as a blight on their privacy, who hate their label, band mates and success almost as much as they hate themselves. After all, what is rock and roll about if not living fast and dying young -- or barring that, doing enough drugs so that you look like a walking corpse? Icons like Robert Plant, Roger Waters, Keith Richards ... sure their music is legendary, but it still takes a backseat to the larger-than-life egos behind the music. And we love it.

So it was definitely kind of a bummer when the 90s came along and boy bands and hip-hop overtook rock on the Billboard charts. Sure, rappers were bad boys, but they embraced their newfound wealth and status instead of rejecting it, which was totally not rock and roll. Rock gods hate money, hate bling, hate fans, hate their wives, their guitarists, and anything that doesn't start with the letter "H" and rhyme with "shmeroin."

Which is why when the Strokes appeared in 2001 with "Last Nite" -- from an album whose title "Is This It" sneered with hipster disdain and featured lanky white guys with long hair shuffling around a minimalist set -- we all sat up and paid attention.

They had all the ingredients for a great rock band: Julian was an alcoholic who dabbled in heroin. Guitarist Albert Hammond, Jr. thought being addicted to drugs was a career choice. Nick told the press "I'm a fan of drugs in general," and drummer Fabrizio Moretti dated Drew Barrymore. Badasses, all round.

"Is This It" went platinum, eventually selling 3.5 million copies and garnering rave reviews everywhere from Pitchfork to Entertainment Weekly. It is widely considered one of the seminal records of the decade. Two years later the band released "Room on Fire." David Fricke of Rolling Stone assessed "In most of the ways that matter, it is exactly like their first (album)."  (He meant that as a compliment, by the way.) "Room on Fire" debuted at #4 on Billboard -- a major jump from the 33rd slot "Is This It" opened at -- and went gold, proving that a band doesn't have to evolve in order to be loved: they just have to not give a shit.

Unfortunately, a shit was exactly what they gave in 2006, the year the Strokes' third album, "First Impressions of Earth" leaked. It was a departure from their previous two albums both in style and reception. It didn't go platinum, sold 300,000 less copies than its predecessor, and was mildly panned by critics and fans who shared the same sentiment: leave the heavy analytical lifting to us, guys. We're not paying our wildly destructive monkeys to start typing "Othello." Even the superfans of Pitchfork.com turned flippant:

Of course, no one ever listened to the Strokes for deep insight into the human condition. They benefited from being in the right place at the right time, coming into their own while the dominant trends of the late 90s were fizzling out.

Dieties dehipsterfied ... were the Strokes suddenly uncool? The band needed time to regroup: Albert went off to do some drugs and rehab; Julian went on a solo tour. And at some point along the way, a new band was formed. Turns out they look a lot like the old Strokes. Sober and more mature, maybe -- and on "Saturday Night Live" last week, sharing a stage with Miley Cyrus, weirdly enough -- but they are back to form: They don't want you to like them. They don't like you. The Strokes are rock and roll. And they aren't going anywhere.