State of emergency declared in Bahrain 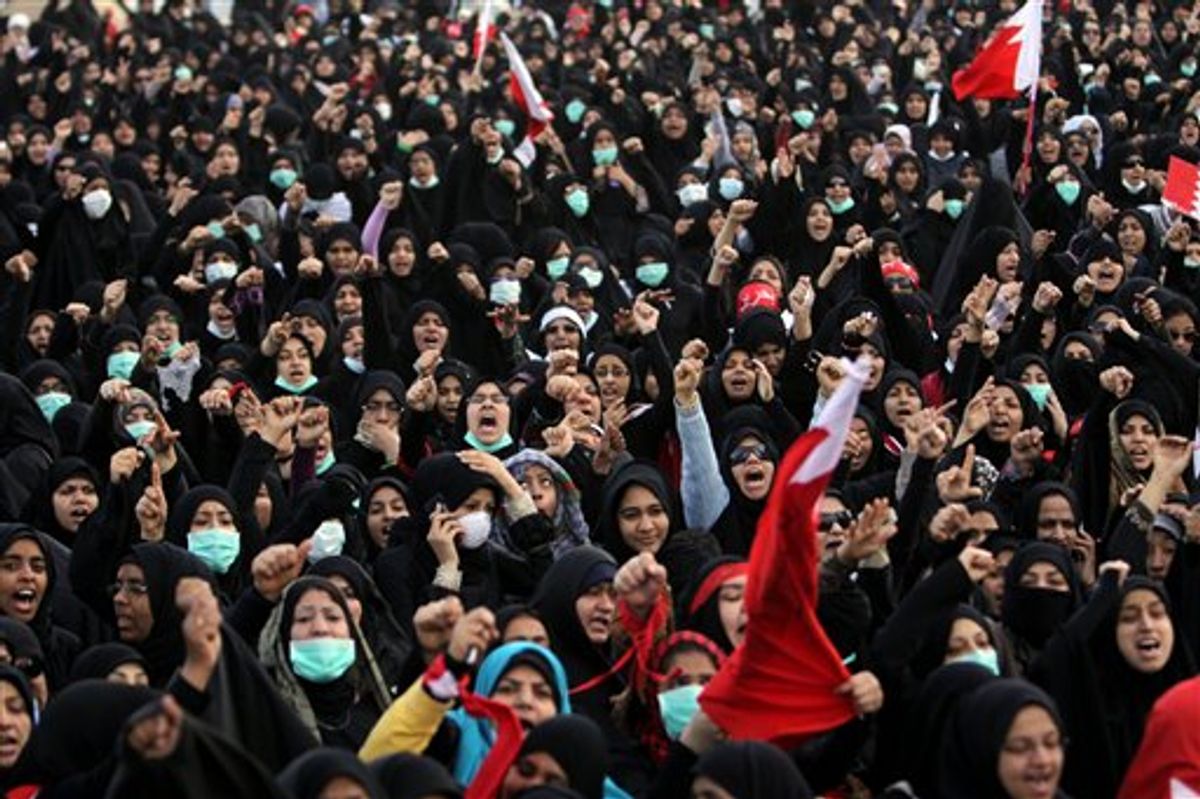 Bahraini anti-government protesters react Monday, March 14, 2011, at Pearl roundabout in Manama, Bahrain, when Shiite opposition leader Sheik Habib al-Muqdad (unseen) advised them Saudi forces were believed to be coming to the roundabout and that there were buses waiting to take them home. The women, many with masks ready for tear gas, refused to go. A Saudi-led military force crossed into Bahrain to prop up the monarchy against widening demonstrations that have sent waves of fear through Gulf states over the potential for enemy Iran to take a new foothold on their doorsteps. The barrier in the foreground reads: "Down with Hamad." (AP Photo/Hasan Jamali) (AP)
--

A security official says a Saudi soldier who was part of the troops deployed to Bahrain to help the tiny island nation deal with the Shiite-led opposition uprising has been shot dead by a protester in the capital, Manama.

The Saudi official says the shooting took place on Tuesday when a person from the crowd of protesters shot at the Saudi troops. The official says the victim, Ahmed al-Raddadi, was a sergeant in the Saudi military. No other details were immediately available.

The official spoke on condition of anonymity because he was not authorized to talk to the media.

A 1,000-strong force from Saudi Arabia and other members of the Gulf Cooperation Council arrived in Bahrain on Monday.

Bahrain state TV says a three-month state of emergency has been declared to try to quell political unrest threatening the monarchy.

The statement from Bahrain's king says that the nation's armed forces chief is authorized to take all measures to stamp out protests that have gripped the island nation for the past month.

Tuesday's move comes a day after a Saudi-led military forces arrived to help prop up the U.S.-backed regime.