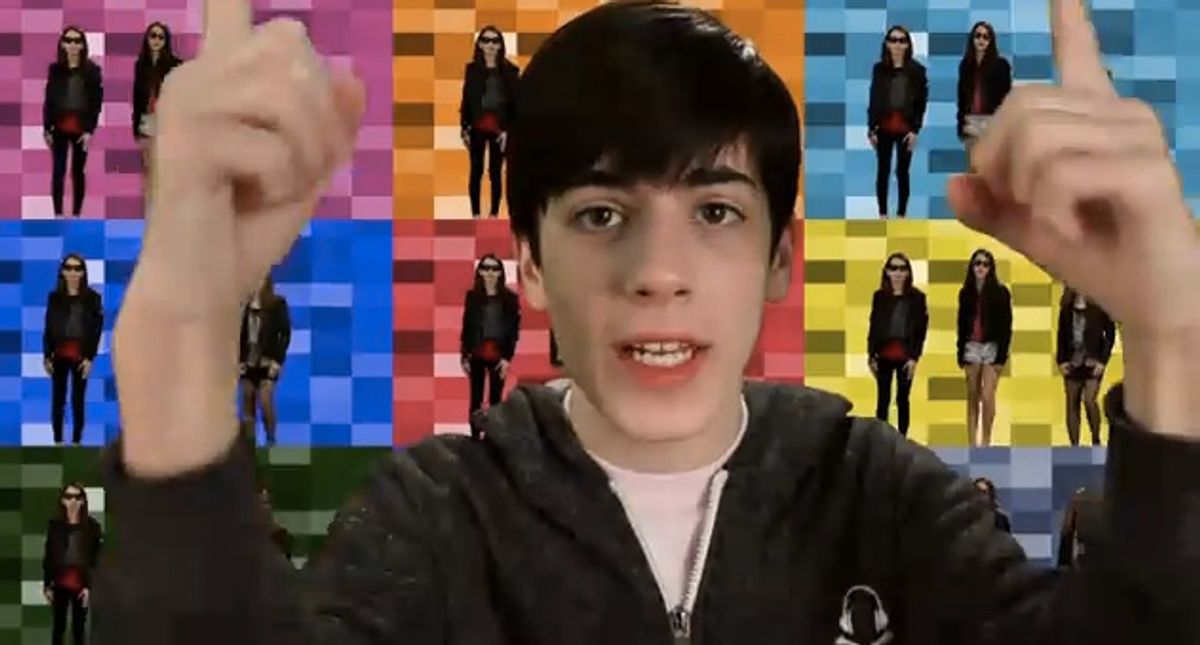 You know what, I'm going to go out on a limb here and say that we're becoming too hyper-sensitive about kids performing on YouTube. I know, we are all still reeling from the shock of Rebecca Black and "Friday," whose insta-success came off as a skeevy marketing scheme between Ark Music Factory and pushy (or oblivious) parents, but we need to give it a rest. Not every 12-year-old singing on YouTube needs to be flagged by a social worker.

Take for instance, this trend of high-end production bar mitzvah videos, most recently exemplified by a number called "I'm Zack."

He's not alone, either. Julian's parents' plopped down the dough to hire a production team as well in a 2.0 twist of the traditional invitation for this religious right of passage.

After "I'm Zack" dropped on the 'net, the red flag of "awful parenting" was raised. " They shouldn’t be allowed to put this on YouTube. It’s borderline child abuse," writes Joe Mande,  "Also, you are entering the worst, most difficult stretch of your life. So, to answer your question, no. No one wishes they could be Zachary at this point in time."

I see the argument from both sides: yes, parents should realize that YouTube videos don't just disappear once the Talmud has been put away and Zack officially reaches manhood (unless you delete it, of course). But on the other hand, these parents are indulging in their kids' fantasy for a special occasion that he's ostensibly worked really hard for. If this is how he wants to tell the world that he's turning 13, I don't see the harm. In fact, Zack here seems to have a lot more self-confidence than most teenagers, and that video is pretty entertaining. I don't imagine that, what, two or three years down the line Zack will have his lunch money stolen because he made a YouTube video that's better than 90 percent of the crap his classmates put online of themselves singing Justin Bieber into a hairbrush or falling off of a skateboard or cursing about Charlie Sheen.