Debunking a viral blog post on the nuke threat

An MIT researcher's claim that there was no threat of radiation in Japan was picked up widely, then it fell apart 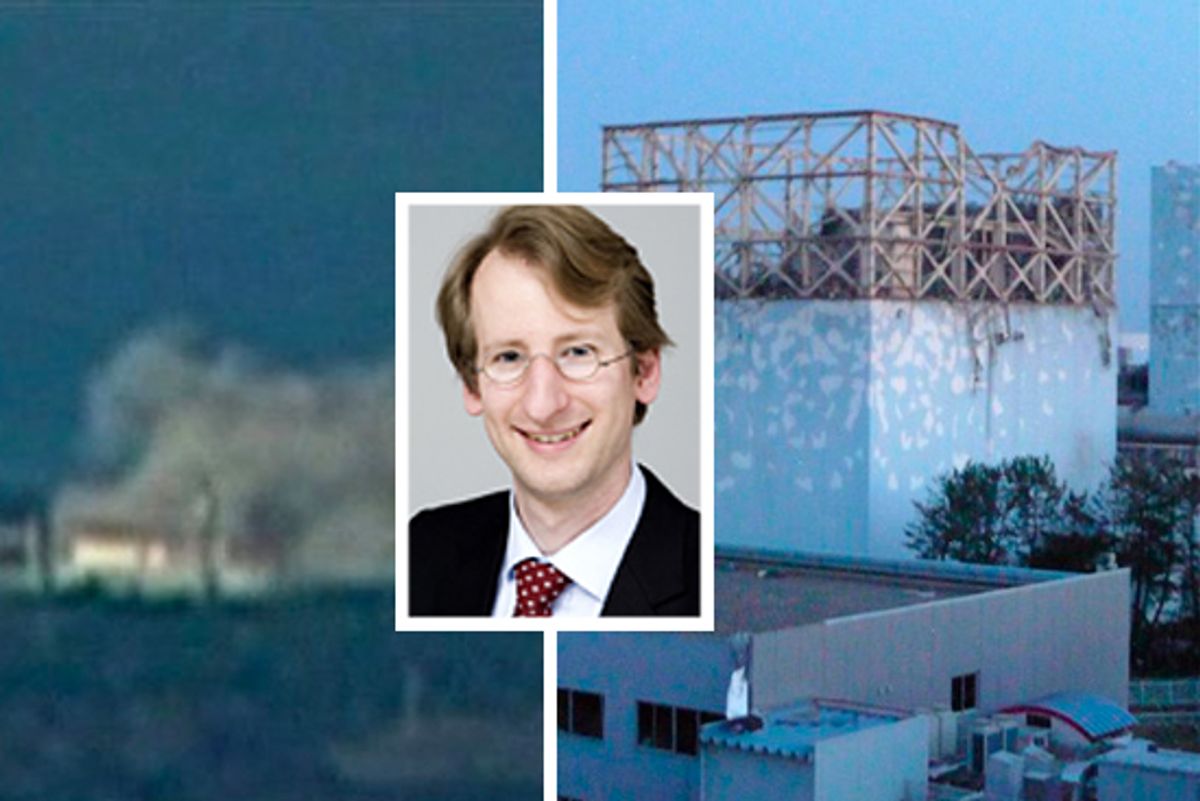 A viral blog post claimed that there was no chance "significant radiation" would be released from damaged reactors in Japan, but despite having been republished widely around the Web, the post has not held up to scrutiny.

Identified as an "MIT research scientist," Dr. Josef Oehmen wrote the post over the weekend with the title, "Why I am not worried about Japan’s nuclear reactors." It was a modified version of an e-mail he sent to family and friends in Japan on Saturday evening, according to the blog where it was originally posted.

Oehmen, it turns out, does work at MIT but has no special expertise in nuclear power. And his key claim -- that "there was and will *not* be any significant release of radioactivity from the damaged Japanese reactors" -- appears to have already been proven false. While clearly the situation is still developing and all the facts are not yet known, the New York Times reported today that an explosion at the Fukushima Daiichi plant released "a surge of radiation 800 times more intense than the recommended hourly exposure limit in Japan," leading to the evacuation of 750 workers. Meanwhile, the government has ordered 140,000 within 20 miles of the plant to stay indoors.

But Oehmen's blog post, which also took shots at the media for what he claimed was bad reporting, has gotten lots of pickup. The essay has been reposted on literally hundreds of websites and message boards around the Web. It originally came to my attention when a few Salon readers e-mailed it in. Several well-read publications, including Business Insider, Discover Magazine and the UK Telegraph have either republished or linked to Oehmen's blog post; it was even touted by CNBC personality Jim Cramer. Business Insider ran the piece with the headline "You Can Stop Worrying About A Radiation Disaster In Japan -- Here's Why."

Oehmen's essay has also been seized on by pro-nuclear partisans. A website called TheEnergyCollective.com -- which is run by* Siemens AG, a major supplier for the nuclear industry -- republished Oehmen's blog post, and that version of the post alone was subsequently shared on social media sites 35,000 times. It was also posted on a pro-nuclear site called bravenewclimate.com.

Oehmen's post contained a detailed description of how the reactors at Fukushima Daiichi work, as well as of the various containment vessels that, according to Oehmen, would protect people from radiation in any and all circumstances. He also railed against the media for alleged reporting inaccuracies:

I have been reading every news release on the incident since the earthquake. There has not been one single report that was accurate and free of errors (and part of that problem is also a weakness in the Japanese crisis communication). ... I have read a 3 page report on CNN where every single paragraph contained an error.

Part of the weight of the blog post comes from the fact that Oehmen was identified as an "MIT research scientist."

So does Oehmen actually work at the Massachusetts Institute of Technology? Yes. But not in the nuclear engineering department. He works at an entity called the Lean Advancement Initiative, which focuses on business management issues. Is he a "research scientist"? Yes. But, again, not in any nuclear field. Oehmen's research focuses on "risk management" with an eye to helping companies "take entrepreneurial risks." He writes papers on things like "Human Resource Management in China."

I e-mailed Oehmen to ask if he stands by the claims in the post. He referred me to the MIT press office, which in turn told me that Oehmen is not doing interviews.

An updated version of Oehmen's blog post is now being hosted at a website set up by students in MIT's Department of Nuclear Science and Engineering. Oehmen's crucial claim -- that there was no chance radiation would be released -- has been cut. The title, which was originally "Why I am not worried about Japan’s nuclear reactors," has been changed. An introduction pointedly says, "Note that the title of the original blog does not reflect the views of the authors of the site."

(Special thanks to reader PN for the tip.)

* UPDATE: TheEnergyCollective.com is not run directly by Siemens, but rather by a new  media PR firm that works for Siemens called Social Media Today.