Clinton: Egypt must build on revolt 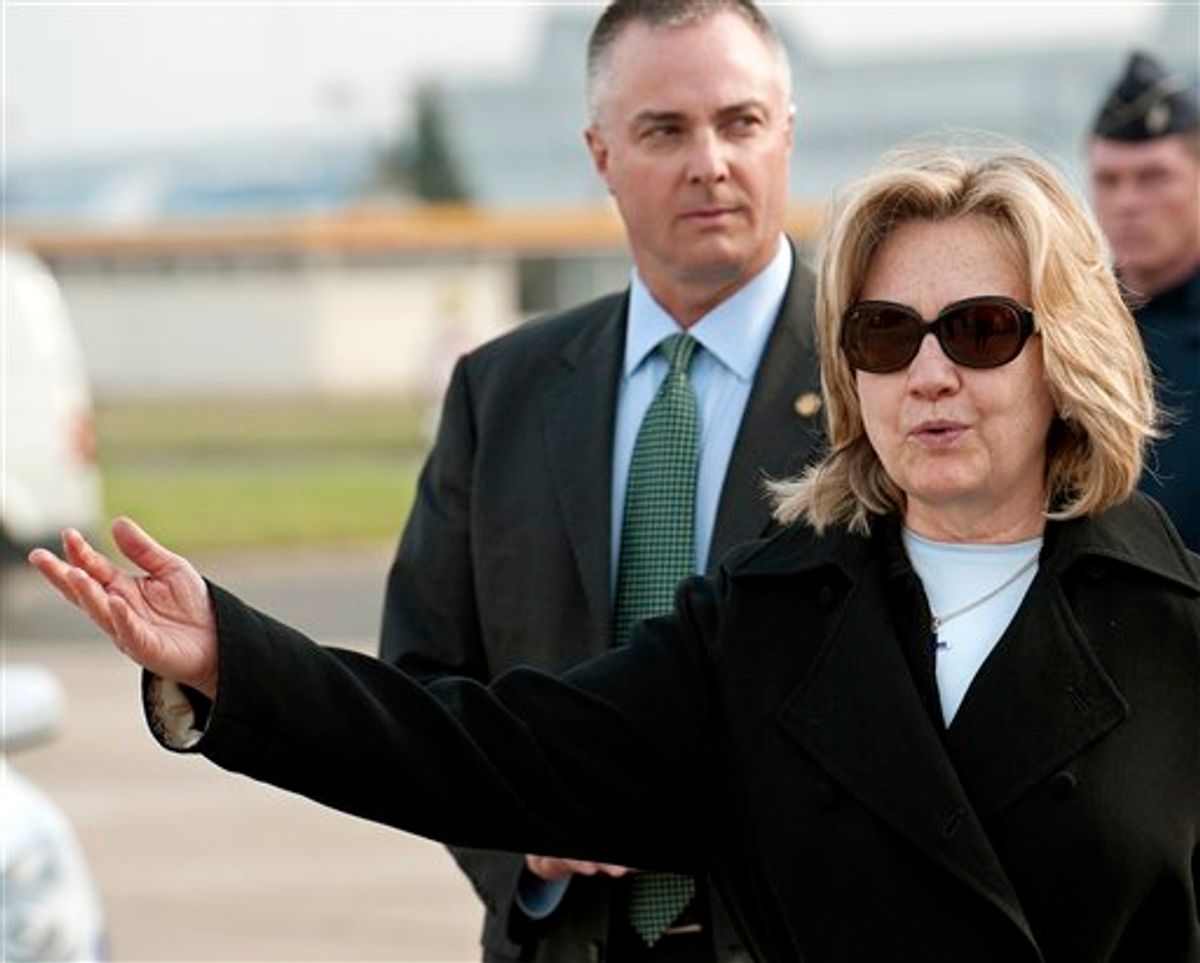 US Secretary of State Hillary Clinton gestures after arriving Monday, March 14, 2011, at Le Bourget airport, north of Paris. U.S. Secretary of State Hillary Rodham Clinton is in Paris for talks with European and other leaders on the crisis in Libya. Her talks will include a meeting with Libyan opposition figures as the Obama administration makes its first high-level contact with foes of Moammar Gadhafi. (AP Photo/Paul J Richards, Pool) (AP)
--

U.S. Secretary of State Hillary Rodham Clinton told Egyptians on Tuesday that "this moment of history belongs to you," and they should use it to build on the success of the revolution that ousted the country's longtime autocratic leaders and to embrace democratic reforms.

"Today, Egypt is rising. Egypt, the mother of the world, is now giving birth to democracy," Clinton said.

Making her first visit to what she called the "new Egypt," Clinton said the country's path to elections and greater freedom will be hard work but that America will help.

The first U.S. cabinet-level official to visit Cairo since the fall of Egyptian President Hosni Mubarak, Clinton said the transition that is happening now is as important as the peaceful protests that toppled the entrenched leadership.

Americans were inspired by the revolution, Clinton said, adding that Egyptians should make good on it by building an inclusive society that is more open, more prosperous and more free.

"To the people of Egypt, let me say: this moment of history belongs to you," Clinton said following talks with Egypt's new foreign minister, Nabil al-Araby. "This is your achievement and you broke barriers and overcame obstacles to pursue the dream of democracy."

Clinton applauded an announcement Tuesday of further dismantling of the state security apparatus and said Egypt now needs to prepare for free, fair elections to produce "leaders that will be able to respond to (your) aspirations."