President urges reform of "No Child Left Behind" legislation 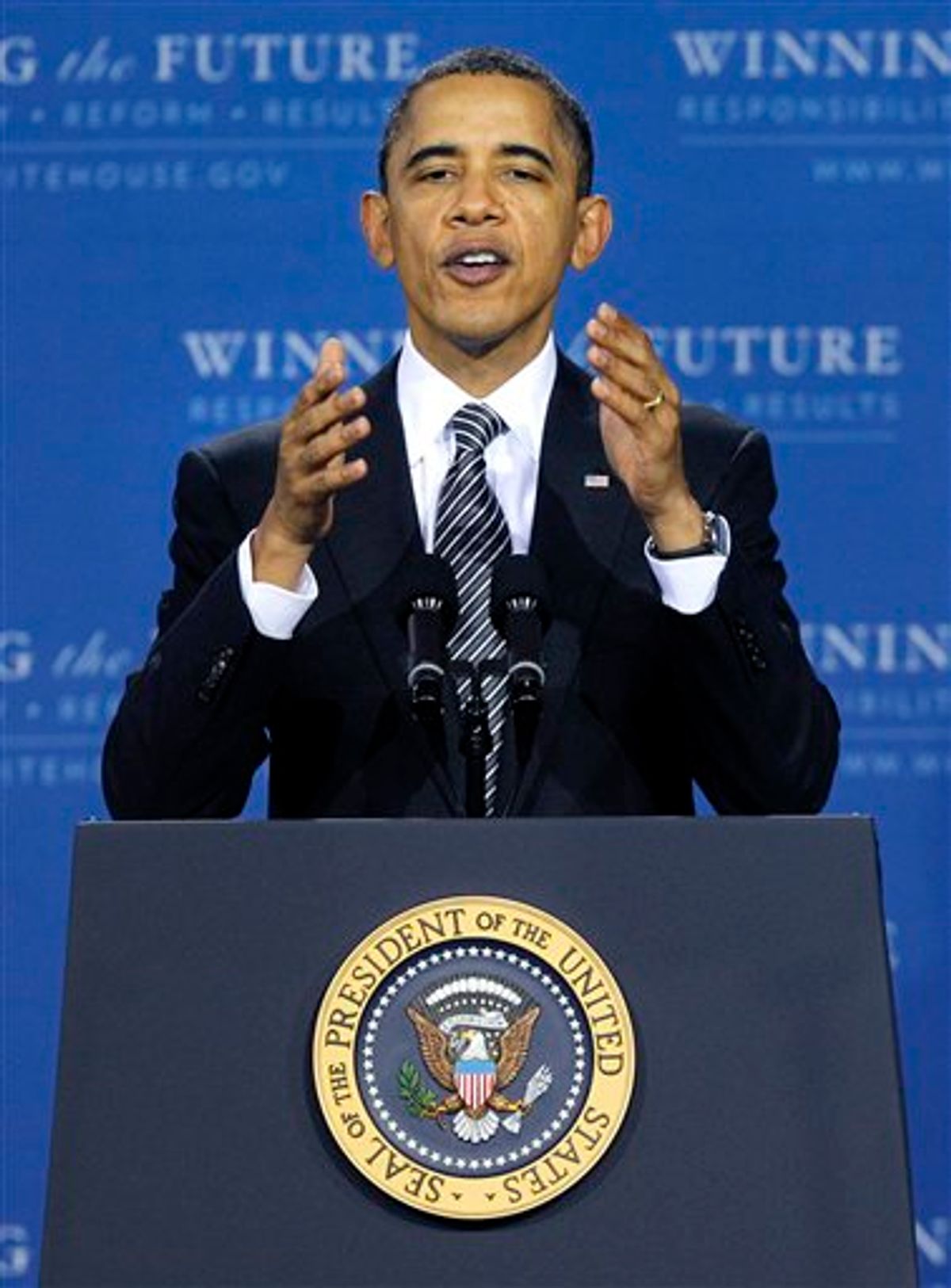 In this March 8, 2011, photo, President Barack Obama speaks about education at TechBoston Academy in Boston's Dorchester neighborhood. Obama rode a wave of voter passion in 2008 fed largely by intense dislike of President George W. Bush and the Iraq war, plus excitement among young and minority voters at the notion of electing the nations first black president. Now, as Obama cranks up his re-election campaign, all those factors are absent. (AP Photo/Elise Amendola) (AP)
--

President Barack Obama is making fresh arguments for a rewrite of the No Child Left Behind law while paying tribute to student finalists in a special science competition.

A day after Obama gave a speech urging Congress to act on an overhaul of the leading federal law on educational standards, he's doing interviews from the White House with broadcast stations in Albuquerque, N.M., Pittsburgh and Hampton Roads, Va. The president on Monday told a middle-school audience in Virginia that he wants legislative action on the No Child Left Behind law before the start of another school year this fall.