Rebecca Black and the Catch-22 of parodies

With Black taking over our Internet, a slew of parodies prove that terrible music is good again 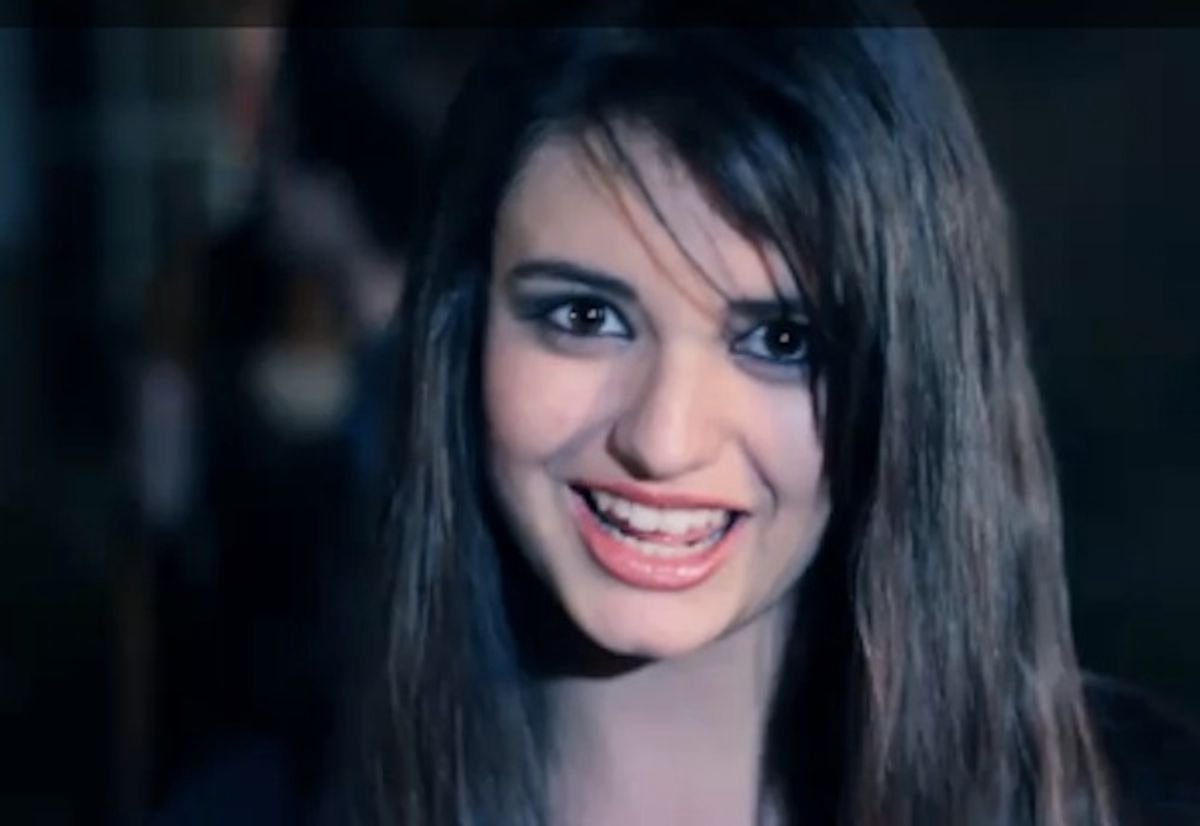 Last Friday, the Internet was introduced to Rebecca Black, a YouTube singer with a great production team but the world's worst lyricist. Her song "Friday" -- which we noted yesterday contained lyrics like "Tomorrow is Saturday and Sunday comes afterwards" -- garnered over 5 million hits in the course of one weekend. The 13-year-old also became a consistent trending topic on Twitter.

Despite the success story, most reactions of "Friday" have been negative, which is strange only because the song isn't any more insipid than Justin Bieber's "Baby" or Ke$ha's "Tik Tok." The video shows the tween hanging out with her friends, driving around town, and talking about "partying, partying (yeah!)"

The Catch-22 of "Friday" is that it's as catchy as it is inane. So much so that blogs end up posting the video just to talk about how stupid it is. But let's give some credit: The girl is only 13 and has already been signed to a record label (thus the nice production) that was canny enough to pull a Bieber and release her single on YouTube instead of radio or TV. It's a smart move: Within hours the ripple effect had extended to parody videos and covers, including a surprisingly realistic Bob Dylan interpretation.

Say what you will about the downfall of modern music, but Rebecca's rocket trajectory proves that at the very least, labels are finally catching on to this whole Internet thing. Even if people crap all over "Friday," it's still become a major sensation in under five days, with a reach that would have been impossible for much better acts that were limited to radio play. Whether or not this is good news depends on how much you need to be reminded that most people are, in fact, "looking forward to the weekend."