Minnesota Vikings running back Adrian Peterson makes a crass remark -- can he live it down? 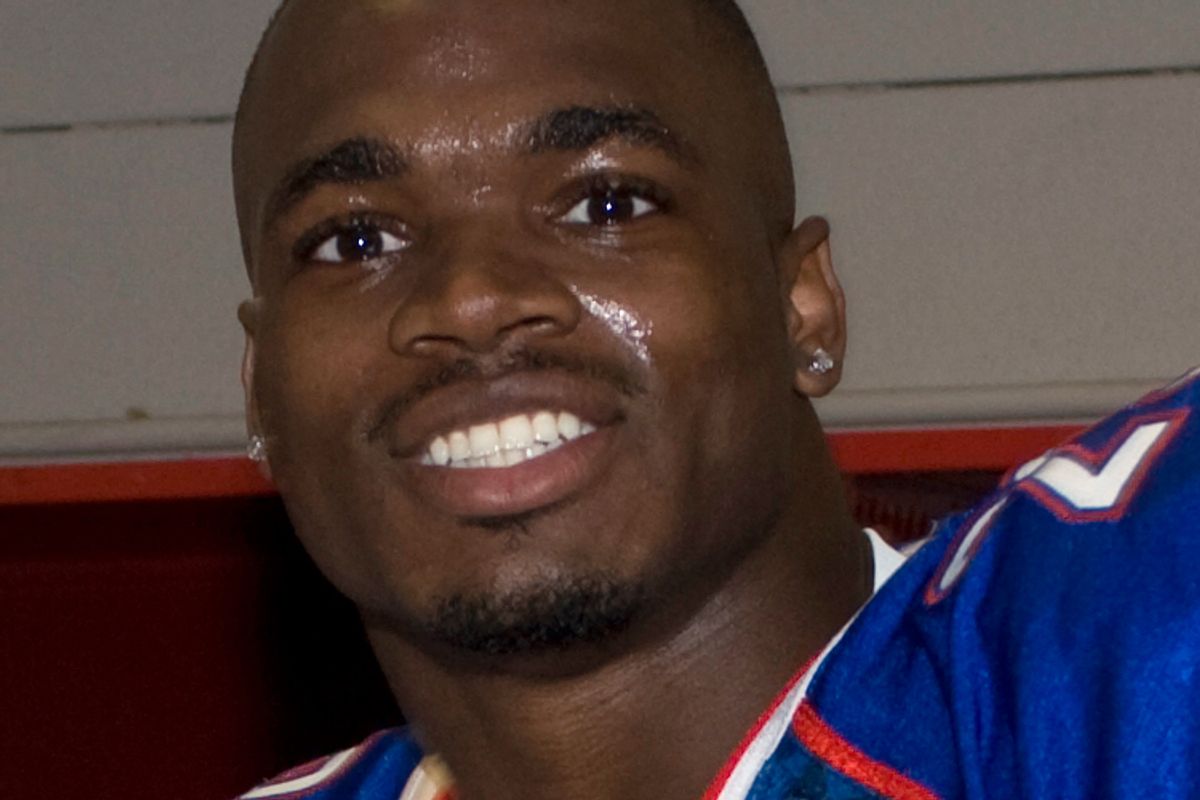 Adrian Peterson didn't really mean it when he compared his $10.72 million-a-year career with the NFL to "modern-day slavery,"  but don't let that stop one boneheaded remark from spurring outrage and haunting him for a long time to come.

In a Tuesday interview for Yahoo Sports with Doug Farrar, just fifteen minutes after the owners locked out players, the Minnesota Vikings running back may not have been his most quick-witted when he vented his frustration regarding the NFL's labor dispute with an unfortunate, over the top comparison. Peterson was already aware he was in danger of misspeaking when he told Farrar, "The players are getting robbed. They are. The owners are making so much money off of us to begin with. I don't know that I want to quote myself on that …" but he pressed on. "It's modern-day slavery, you know?" he said. "People kind of laugh at that, but there are people working at regular jobs who get treated the same way, too."

The notion of highly compensated athlete putting his professional dispute in the same league as slavery immediately set off a waves of disgust across the Internet. The story has already racked up well over 6,000 comments on Yahoo, many of which feature the words "jackass," "pompous jerk," and "@#$%." At a time when nearly nine percent of all Americans are unemployed, working class labor disputes are front page news  and human trafficking is a real and horrifying epidemic, it's easy to see how Peterson's remark would seem not just spectacularly tone deaf but outright hurtful.

Even some of Peterson's peers were taken aback, responding quickly to distance themselves from the sentiment. Green Bay's Ryan Grant tweeted, "I have to totally disagree with Adrian Peterson's comparison to this situation being Modern day slavery..false.. Their is unfortunately actually still slavery existing in our world.. Literal modern day slavery... That was a very misinformed statement." [sic] And the Saints' Heath Evans tweeted to his followers, "I agree w/ most all of your comments on AP! We are all blessed to even strap a helmet on in this league!"

But writer Doug Farrar himself saw the remark differently, as an unfortunate but off-the-cuff flub. He soon updated his story to note, "Based on the context in which the comments were made, I do not believe that Peterson was actually equating his current position in the NFL with any kind of slavery. I will update this piece if he clarifies his statement." And on Wednesday morning Peterson's agent Ben Dogra issued the statement that "People should not just take his statements per se word by word. It's a difficult time. He would love to play… He's soft-spoken but if he has something on his mind he'll speak it. But I think nobody should really look at those words and take them out of context." So, he's speaking his mind but don't take it literally? That doesn't exactly clear it up. How about just, sorry?

The incentive to say sorry can be pitifully small when the Internet is such a wildly unforgiving place. Sure, the idea that anything can ever truly be scratched from the record has always been a fiction – as anyone who's ever had their most inane, drunken, heat of the moment outbursts thrown back in their faces can attest. But there has to be more to any given day than taking excessive umbrage over every idiotic thing a public figure is apologizing for. We're at the point now where far more words are spilled for explanations and qualifications than the original sentiments themselves.

Peterson's comment was unmistakably dopey. But the sum of an individual is more than the dopiest of his remarks. And there's got to be a difference between saying something stupid about labor disputes or the economic markets after an earthquake and the revealing display of a genuinely hateful mindset. Sometimes, it's entirely possible a person is just grasping clumsily for the right metaphor, and chokes. We've all done it, and at some point, we all need to be forgiven for it. Because if a foot, once placed in one's mouth, remains there irrevocably, pretty soon none of us are going to be able to carry on a meaningul, ungarbled conversation.