Gilbert Gottfried and the age of hypersensitivity

When Geico booted me for speaking out about the Tea Party, it taught me troubling lessons about public outrage 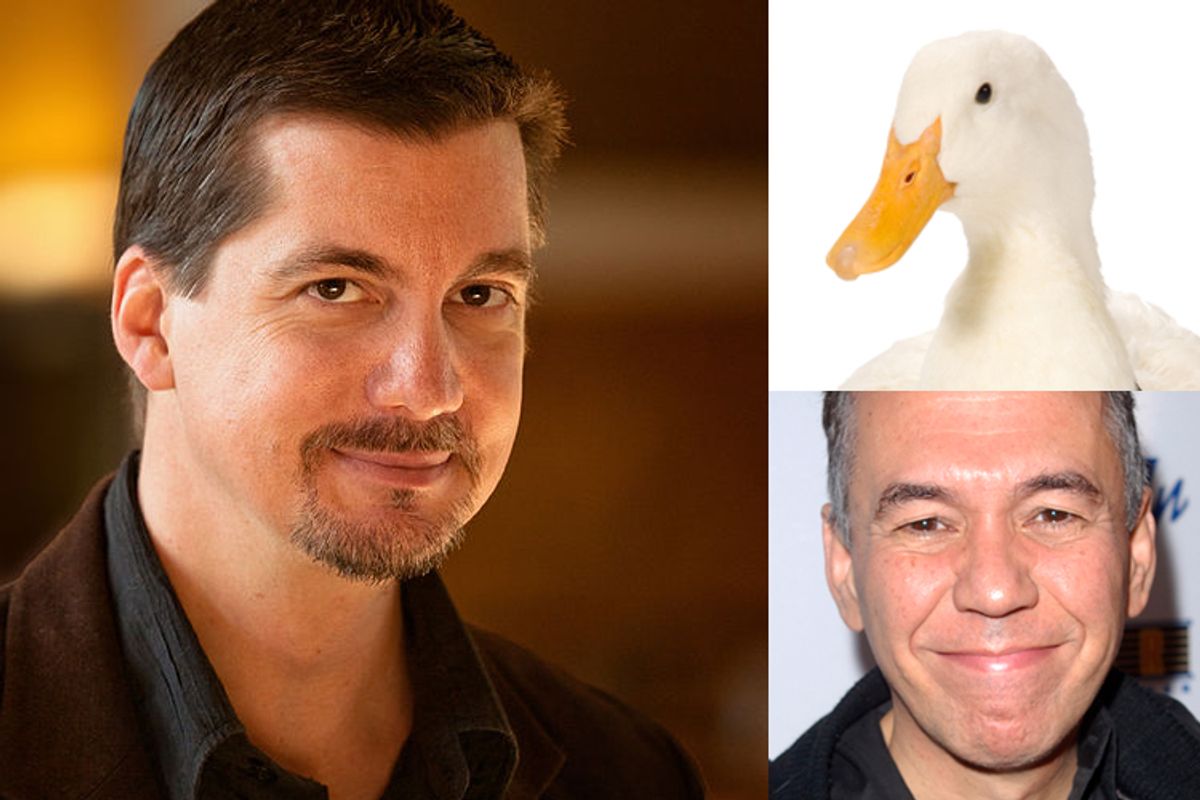 I never anticipated that life as an anonymous character actor and voice-over artist would lead to being the go-to guy for "insurance industry advertising controversies." But having been dropped from an unaired Geico campaign last year for angering a Tea Party PAC with a sarcastic voice mail seems to have given me the dubious credentials. Now whenever some actor involved with insurance ads speaks his or her mind and other folks get all bent out of shape about it, the e-mails come flying in. So, let me take on the current Aflac scandal through my unique perspective (from behind an Apple martini). I will begin with the blessed children.

From the time we are snot-nosed hyper little brats, we are instilled with that great American notion of free expression. We love to give our opinions. (Just check out the comments that will soon be appearing on this post.) Free expression builds character, self-esteem and, in the case of Charlie Sheen, 2 million train-wreck-followers on Twitter. Unfortunately, this quality runs smack up against the Homo sapien tradition of tribalism. You are either with us or against us. You’re either Team Jacob or Team Edward. So, snot-nosed hyper brats, take heed; if you want to speak your mind, know that there’s a whole group of other brats out there waiting to get your ass fired.

When I half-jokingly called up the corporate-backed Tea Party/GOP misinformation PAC FreedomWorks last year and left a message (I was inquiring about their mental acuity and what their P.R. plan was if a member snapped), I didn’t expect them to post my voice mail and home phone number on the Internet with instructions to harass me and one of my many clients, Geico. (See www.TeaPartyPSA.com for the inane details and my "apology.") Before I could respond publicly about my private sarcastic voice mail, 100 or so Tea Partyers with some spare time had convinced Geico to drop my voice from a small campaign that had yet to air. I didn't blame Geico. I got the same calls and I would’ve fired myself, if I could, just to make them stop.

But what I really found bizarre were the people rallying around the goal of getting someone fired -- someone they didn’t even know -- for voicing an opinion on personal time. A Team McCarthy?

On the other hand, I was pleasantly surprised by all the supportive e-mails I received from people. A Team Douglas, if you will.

But Team Douglas turned ugly when R. Lee Ermey (of "Full Metal Jacket" fame) expressed his feelings at a Toys for Tots event in 2010. Sure, he was advocating the overthrow of the Obama administration to an audience of Marines, but Team Douglas wanted the Geico commercial Ermey appeared in to be pulled even though Geico had nothing to do with the event. (In a blog post, I reminded everyone that there was another actor in that commercial who’d lose his residuals if the spot was pulled.)

And now dark, lovable Gilbert Gottfried gets canned from insurance company Aflac for tweeting morbid humor on his own time. Team Sensitivity is clashing with Team GetOverIt (I’m on Team CouldGiveAS---). The fascinating thing here is that Aflac silenced the duck before the angry calls could get rolling. That’s how hypersensitive corporate America has become to the "bent-out-of-shape" population. And I’m getting e-mails again because of my ...  um, my ...  what? Insight?

Well, here’s what my experience with insurance controversy has taught me:

1. Every company has the right to hire and fire whomever it wants, within the laws of the land, company guidelines and any employee contractual terms.

2. Everybody, whether an anonymous voice-over actor or famous comedian, has the right to speak their mind on their own time.

3. Everyone else has the right to take time out of their daily lives to pursue getting a stranger fired from their job.

Now, looking back at those three lessons, which one seems like Team WasteOfEnergy?

Need a hint? Imagine a stranger coming up to you and saying, "Dude, I heard what you said about that thing and I disagree! I found it as offensive as Janet Jackson’s bare boob at a Super Bowl half-time show! I’m going to get all my friends to call up Applebee’s and get you fired!"

Operating from a place of anger is a Charlie Sheen kind of "winning." Perhaps indignant people should focus on productive gestures, like helping up those in need, rather than tearing down others you disagree with.

For example, did Gilbert Gottfried’s jokes about Japan piss you off? Text REDCROSS to 90999 to donate $10. It’s even healthier than leaving a sarcastic voice-mail message.

D.C. Douglas is an actor and voice-over artist in Los Angeles. You can follow him on Facebook.