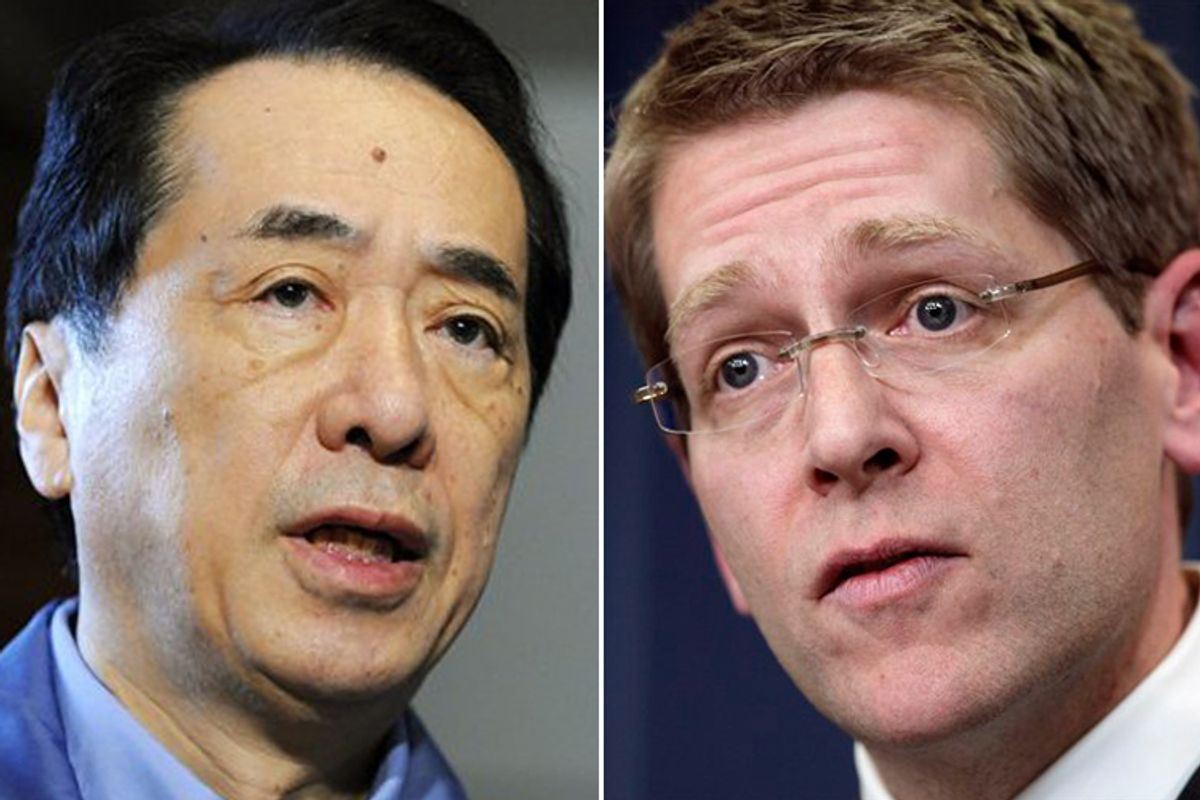 Events are moving rapidly at the Fukushima Daiichi nuclear power plant in Japan, and there have been some big developments in the past few hours that are worth noting.

First, there appears to be disagreement between U.S. and Japanese authorities on the appropriate response to the crisis -- and also possibly on the severity of what has happened. U.S. Nuclear Regulatory Commission Chairman Gregory Jaczko told a congressional committee today that "the NRC made a recommendation that based on the available information that we have, that for a comparable situation in the United States we would recommend an evacuation to a much larger radius than has currently been provided in Japan."

Specifically, ABC reports, Americans in Japan have been told to evacuate the area within 50 miles of the power plant -- or four times what the Japanese government has said.

When ABC's Jake Tapper asked press secretary Jay Carney about this at the White House press briefing today, Carney insisted that the two different conclusions were based on the same underlying information. Carney also pointedly avoiding criticizing the Japanese:

TAPPER:  That recommendation suggests that the information coming from the Japanese government is inadequate.

So it is, again, not about the quality of information or the level of cooperation.  It is about our analysis and our standards.

TAPPER:  We have higher standards?

CARNEY:  It's not about high or low, Jake.  I'm just simply saying that this is our advice based on the information that we have.

A U.S. official also told ABC -- anonymously -- that the administration is pleading with the Japanese to launch what the official describes as a "suicide mission" to prevent a full meltdown.

With respect to what's actually happening at the plant, Jaczko told Congress today he believed all the water in one of the spent fuel ponds at Fukushima had boiled dry, which could mean the release of more radiation. The Times has the best account on this issue.

More hopefully, the AP has a report on a new power line that, if and when it is completed, could restore electricity to the crucial cooling systems at the plant.

Meanwhile, the Japanese government has dispatched officials to the headquarters of the Tokyo Electric Power Co. amid increasing tensions between the firm and the prime minister, the Wall Street Journal reports.

On the spin watch front, check out this quote a nuclear advocate gave to the AP:

Nuclear advocates counter that if the radiation from the crippled reactors is contained and injuries are minor, the disaster could turn out to help the industry.

"If containment holds on these units, that is something that can be considered a success story," says Paul Murphy, who works in nuclear business development for the law firm Millbank. "The quake was so strong that the earth's axis moved, and this old technology withstood it."

It would be the spin job of the decade if what's happening in Japan turns out to be a "success story" for the industry.