A guide to the end of SXSW's Interactive Festival 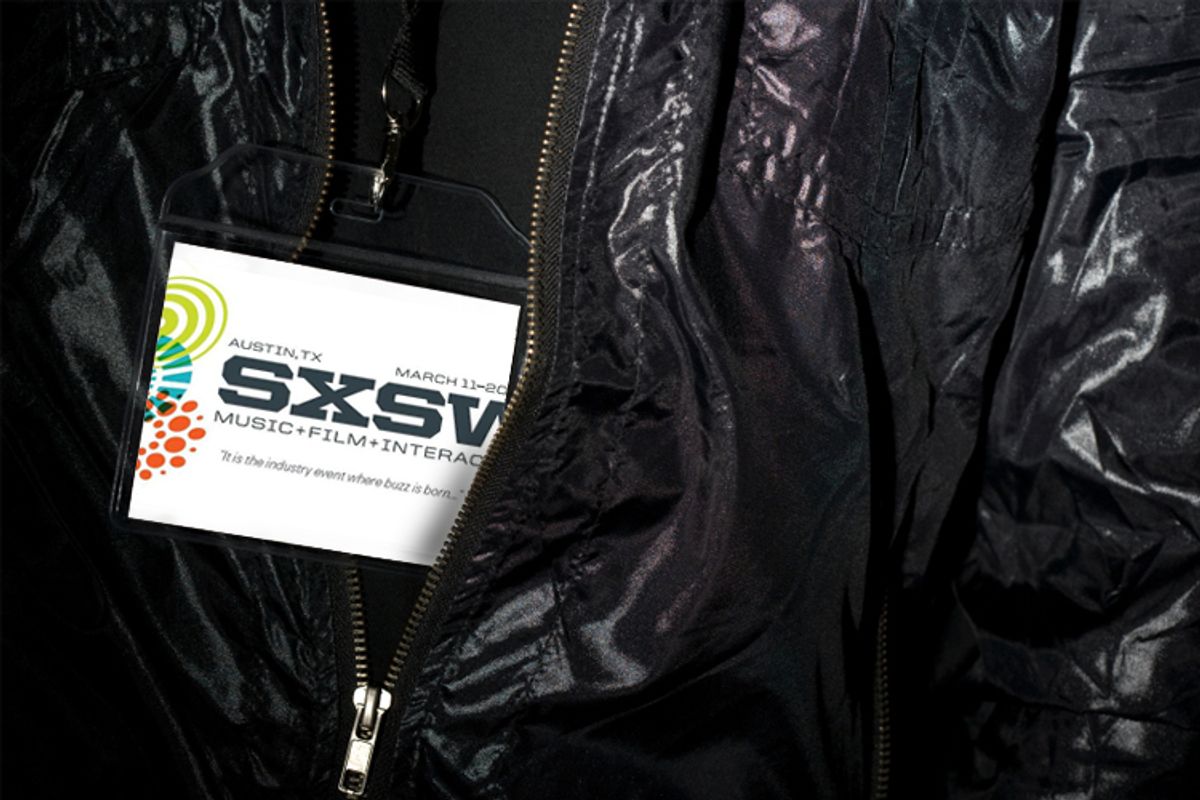 Though the interactive portion of Austin's South by Southwest festival just ended, there is still enough time to squeeze a week's worth of 2.0 fun and networking into the final moments before the music portion of the event begins! Below, our guide to maximizing your "SXSW" (as the kids write it) experience before the end of the weeklong geek rave you've somehow convinced your employer to send you to "on business."

9 a.m.: "Crowdsourcing Interactive Strategic Content Design and the Ubiquitous User Experience" (lecture) -- Learn this year's hottest empty buzzwords to use in presentations to possible investors of your start-up from the leading self-proclaimed experts in the industry, none of whom you've ever heard of.

10:30 a.m.: "Malcolm Gladwell: Genius or over-rated hack who has no idea what he's talking about?" (panel) – Several professors and more experts you've never heard of will tell you exactly why it's not cool to like "The Tipping Point" anymore.

12:00 p.m.: Lunch – Use your FourSquare, GroupMe and GroupOn apps to make the most out of your dining experience and piss off everyone else in your friend network who happen not to be in Austin right now but still have to receive updates on how you're now the mayor of a coffee kiosk. (Tip: Try the coffee! Bring 10 friends and get a 25 percent discount on your next cup!)

1:30 p.m.: Five-hour nap because nothing interesting is happening until tonight's parties anyway.

8:00 p.m.: Mobile Showcase of Something on 6th Street -- Everyone else was lining up outside this van and you heard that Dennis Crowley might be involved with whatever's happening inside, so may as well check it out. Turns out to be Porta Potty sponsored by Miller Lite. It's still worth it, as someone hands you a free USB drive with the Miller logo on a lanyard as you exit. Free shwag! 9:30 p.m.: Party time! -- Check out the awesome, open-bar events thrown by everyone from Gizmodo to Vimeo to Wired Magazine to Funny or Die. Wait in line for an hour before being told at the door that you're wearing the wrong colored wristband. It's OK, these guys are just looking for the secret code phrase that will allow you to gain entrance to this year's hottest tech parties. (The phrase is, "Wow, I guess guys who make iPhone apps for a living really are the next rock stars!" or, if you're attending a Gawker party, "Brett Favre's penis.") Definitely do not use the word "amazing" at these events, since the Guardian has declared that adjective officially "over" at South by. (And if you don't know to call it South by, you don't deserve to be there.)

12:00 a.m.: Stumble home after making out with a guy who you thought was Digg founder Kevin Rose, but was actually a local high school student who sneaked in with his dad's press pass. Your pants pockets are heavy with the weight of hundreds of business cards given to you by strangers, all of who have promised to add you to their social network feed. Your iPad blinks once, red and ominous.