Deficit panel guys keep yelling at all of us

Obama's "Deficit Panel" is really steamed at us for not doing as they say! And don't bring up hippety-hop music... 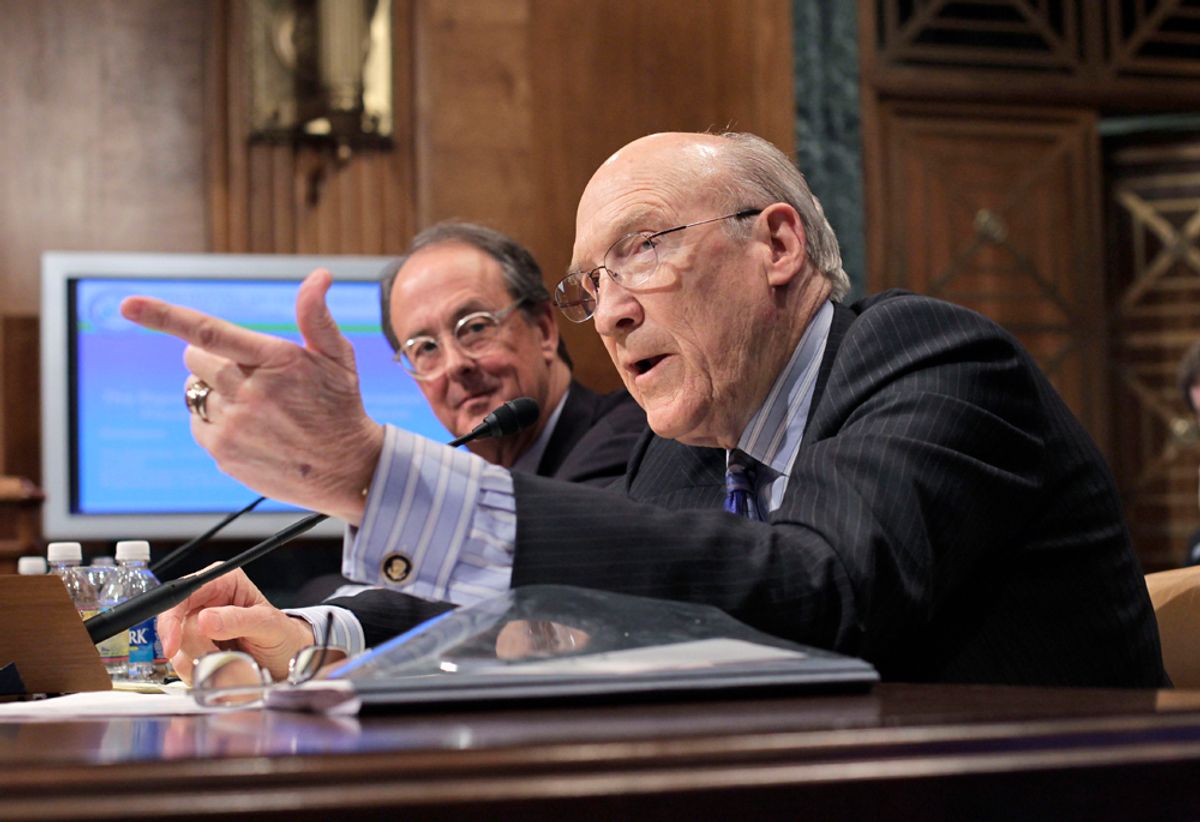 The two old men who were in charge of President Obama's doomed, already long-forgotten "Deficit Panel" are currently on some sort of nationwide tour trying to get people psyched about the already rejected deficit-reduction suggestions their rigged-to-fail panel came up with. But no one is excited, so now they just keep yelling at us, the stupid American slobs too comfortable and decadent (or struggling and desperate!) to devote themselves wholly to the cause that has become the official proof of Seriousness of our age.

While everyone in the mainstream press and a number of the more obnoxious members of Congress care very much about these men and their deficit recommendations, Americans as a whole do not. This makes our men -- Alan Simpson and Erskine Bowles -- very angry! Their recent public statements have been full of vitriol and "hard truths" about what everyone will need to "learn" very soon.

First, Alan Simpson complained about the hippety-hop music that has made America's grandfathers despise their baggy-panted children. That was funny!

But Bowles is mad, too. He does not bring up the hippety-hop music, but he does want to make the liberals feel ashamed of themselves for not taking him and his panel and their recommendations seriously. If he has to use an amusingly archaic euphemism for a mild obscenity to make his point, so be it.

He dismissed the idea that raising taxes alone might help erase the deficit, saying "raising taxes doesn't do a dern thing" to address health care costs that are projected to be a big driver of future fiscal problems.

Let's completely ignore the substance of his argument and focus solely on his folksy language, because that will enrage him all the more. (Sorry, Mr. Bowles. I refuse to even pay lip service to the idea of caring about the deficit because all the "politically feasible" solutions to the crisis tend to involve accelerating the government's already aggressive redistribution of wealth upward.) "Dern!"

Oh, and Bowles said this on a conference call sponsored by -- you guessed it! -- "No Labels," the "centrist," "non-partisan" organization dedicated to mostly vague "common-sense solutions" to America's various problems.