The knaves and fools of Washington

As the global economy trembles, our nation's capital fiddles. Why isn't Washington responding? 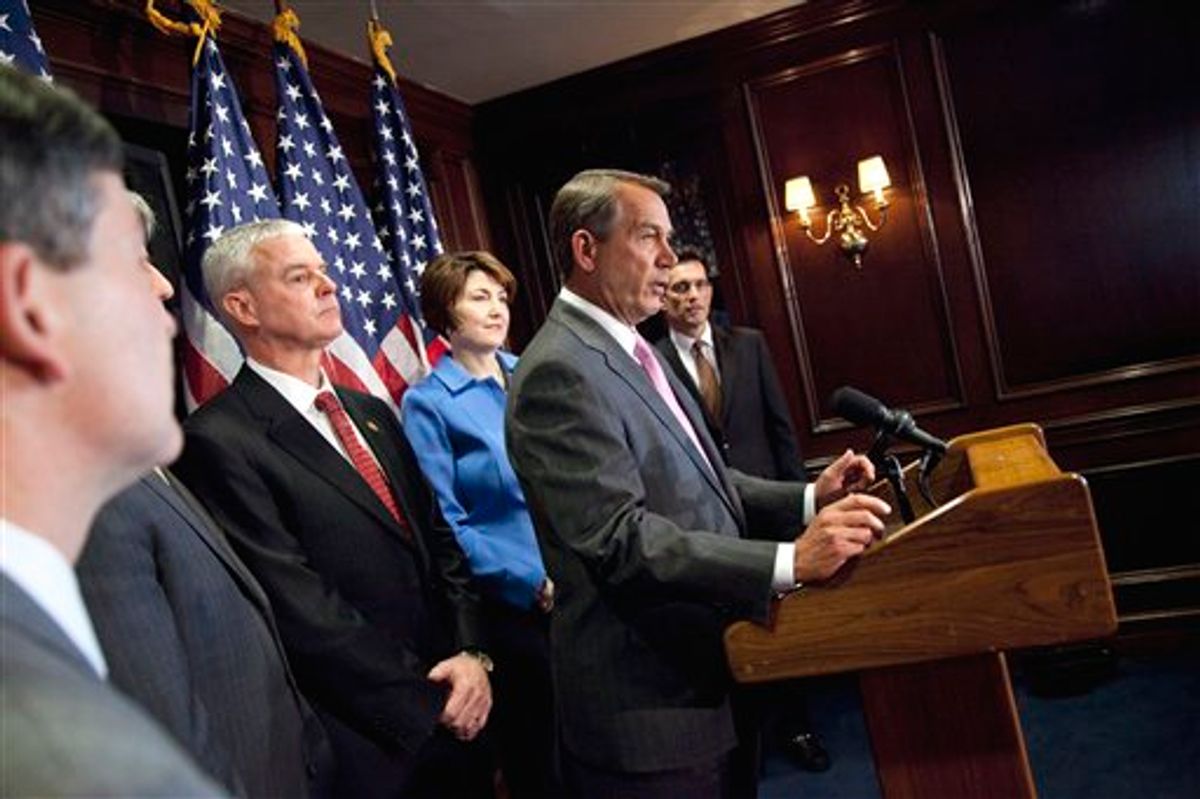 The world's third largest economy suffers a giant earthquake, tsunami, and radiation dangers. A civil war in Libya and tumult in the Middle East cause crude-oil prices to climb. Poor harvests around the world make food prices soar.

Even before these global shocks the U.S. recovery was fragile. Consumer confidence is at a five-month low. Housing prices continue to drop. More than 14 million Americans remain jobless, and the ratio of employed to our total population is at an almost unprecedented low.

So you might think our elected representatives would want to avoid a repeat of what happened the second half of 2010 when the fragile recovery began tanking. They'd certainly want to prevent a double-dip recession.

You'd think they'd be creating booster rockets to counter these recessionary forces -- freeing up more spending, exempting the first $20,000 of income from payroll taxes, imposing a moratorium on bank foreclosures, giving Americans another six months to file their income taxes, lending states whatever money they need to prevent more of their own budget cuts.

Amazingly, the big debate in Washington is about how whether to cut $10 billion or $61 billion from the federal budget between now and September 30.

In the past I've often wondered whether they're knaves or fools. Now I'm sure. Republicans wouldn't mind a double-dip recession between now and Election Day 2012.

They figure it's the one sure way to unseat Obama. They know that when the economy is heading downward, voters always fire the boss. Call them knaves.

What about the Democrats? Most know how fragile the economy is but they're afraid to say it because the White House wants to paint a more positive picture.

And most of them are afraid of calling for what must be done because it runs so counter to the dominant deficit-cutting theme in our nation's capital that they fear being marginalized. So they're reduced to mumbling "don't cut so much." Call them fools.

The U.S. economy is flirting with another dip at a time when the global economy is teetering and most Americans are still in economic trouble. But nothing is being done in our nation's capital because knaves and fools are in charge.