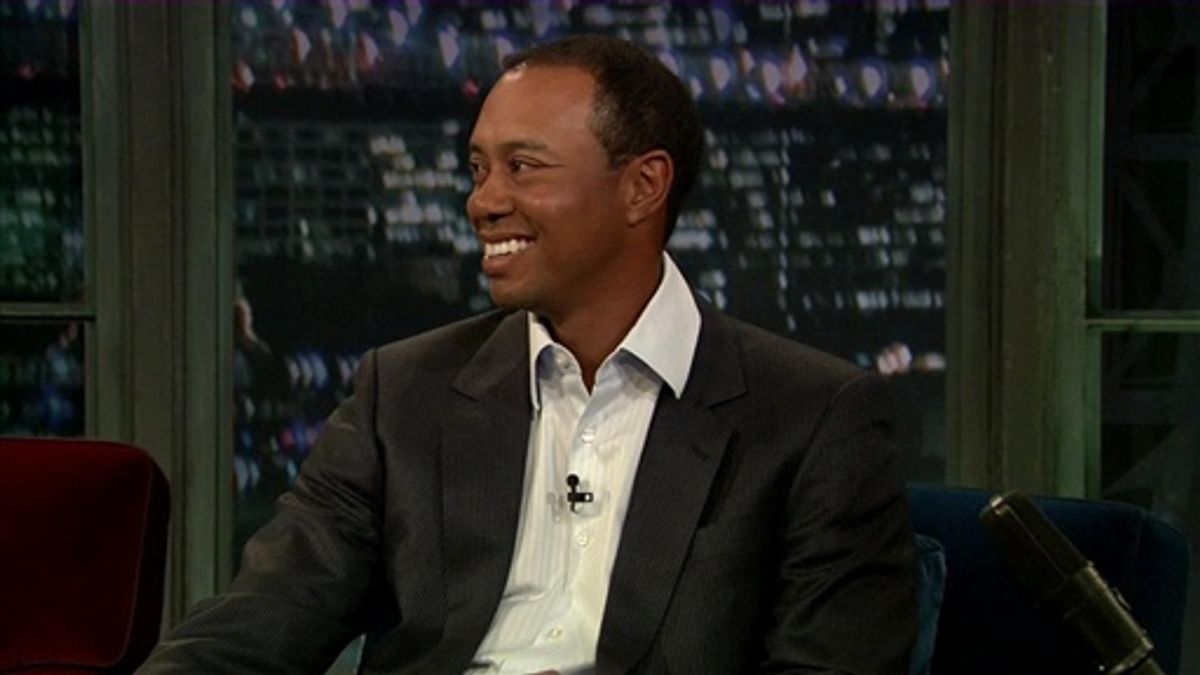 Why would Tiger Woods come out of the, er, woodwork and start making the late-night circuit, which took every pot shot at the golfer during the revelation of his Perkin's harem in late 2009? Not because he missed Jimmy Fallon, that's for sure. Last night the PGA star put on his trademark grin, frozen into a near rictus, while NBC "thanked" Woods for providing comedians for so much late-night material in 2010.

Tiger then went on to talk about his terrible golf game, and then his better golf video game "Tiger Woods PGA Tour 12: The Masters." Oh, so that's why he left the house.