For some reason, James O'Keefe doesn't want to be videotaped

The right-wing video prankster and smear artist asks that you don't film him giving a speech, please 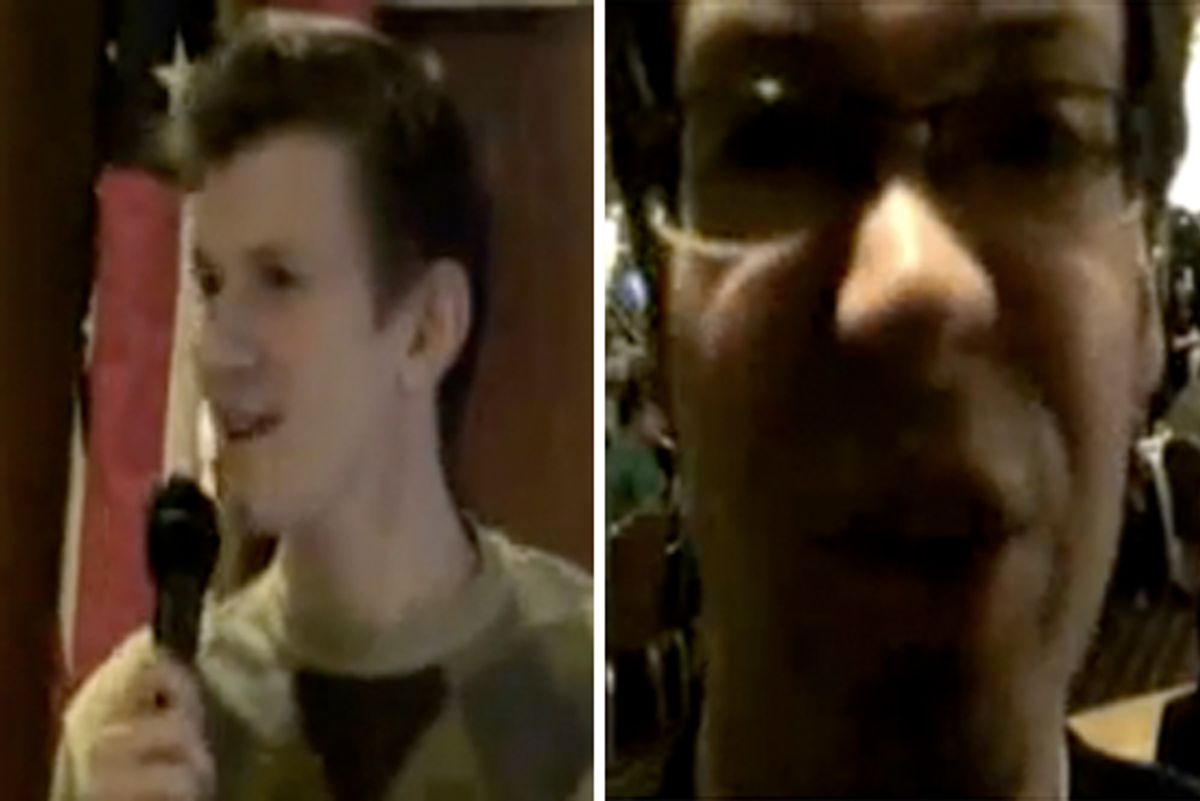 Conservative video prankster activist James O'Keefe made his name and makes his living secretly videotaping various members of the supposed vast left-wing conspiracy interacting with people who aren't who they say they are. He then edits the tapes to make the targets look as awful as possible -- often using unarguably deceptive techniques such as misleading audio edits and blatantly false text explanations of context -- and releases the resulting smear jobs to a waiting right-wing press that will mindlessly repeat whatever O'Keefe says the video "proves" until someone bothers to watch the unedited version and explain what actually happened, which usually happens days later, after the target has resigned or been fired or defunded or whatever. Nice work if you can get it.

Because of his familiarity with the rottenness of his own technique, he is apparently wary of being videotaped himself. The Asbury Park Press learned this the hard way when it attempted to trick him into saying something offensive by pretending to be a racist Tea Party leader simply videotape a speech he gave to a roomful of people.

As you can see, the videographer for the press was prevented from filming the speech by the delightfully named Charles Measley, a local "Tea Party Member." O'Keefe personally requested that no one film his presentation to the local Tea Party group, which even the representatives of the group seemed to disagree with. Though, as one said: "“This is a guy that’s in trouble with the law, he’s got lawsuits up the gazoo for trying to help you with your freedom.”

The New Jersey paper got the last laugh, though. Here's the kicker on its report on the speech:

So, who's O'Keefe's next victim, an attendee wanted to know.

"Anyone who's stealing, scamming, (defrauding), lying to the American people,'" O'Keefe said. The event organizers said O'Keefe would receive $500 for the talk.

Again: Nice work if you can get it!