Experts offer a wide range of worst-case scenarios of what could happen at Fukushima Daiichi. Here's a breakdown 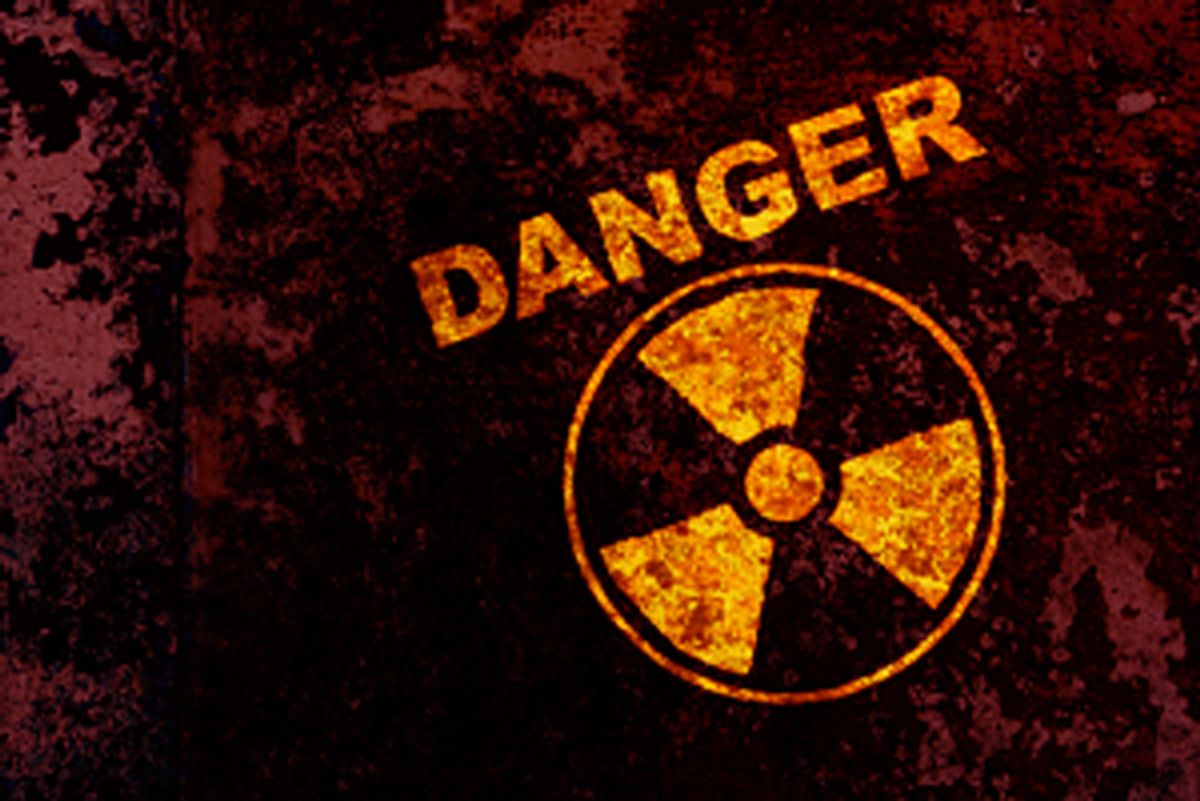 There's been a lot of noise in the past few days about the nuclear crisis in Japan and what danger it poses. Few if any genuine experts have claimed that there is a risk of harmful levels of radiation reaching the United States. The risk in Japan, though, is real.

But nuclear experts -- each with his or her own impressive-sounding credentials -- do not at all agree on what the worst-case scenario is in Japan.

At least one reason for the uncertainty about the ultimate effects of the disaster is that radiation can take years to do its damage. A study released just this week, for example, found that those who drank contaminated milk in the wake of the 1986 Chernobyl accident are still suffering from an increased risk of thyroid cancer.

The Japanese government is taking steps to mitigate potential damage, including ordering evacuation around the Fukushima plant and distributing potassium iodide, which can help prevent thyroid cancer caused by radiation exposure.

There are generally two sources of danger: One is the nuclear fuel in the six reactors at Fukushima, and the other is the spent fuel rods that are held submerged in water in pools at the plant. Each is a source of potentially dangerous radiation. There is four times as much radioactive material in those storage pools than in the reactors, according to the New York Times.

A blog run by students at MIT's department of nuclear science has a useful guide to the factors that determine how far radiation will travel: method of release ("Explosive, or a slow, steady stream? Carried away by air currents, smoke, or water?"); weather patterns; and geography.

Nobody, though, seems to have come up with hard figures about the number of people at serious risk. Here is a look at the range of worst-case scenarios that have been proposed.

Radioactive cloud over Tokyo The Knoxville News-Sentinel spoke with Dr. Michael Allen, who formerly studied nuclear accident scenarios at Sandia National Labs. In Allen's telling, it would be catastrophic if the nuclear fuel rods in the reactors at Fukushima melted entirely and breached the reactor vessel. He continues:

That, in turn, would cause a "high-pressure melt injection" into the water-filled concrete cavity below the reactor. Because the concrete would likely be unheated, the reaction created by the sudden injection of the reactor's ultra-hot content would be immense, he said.

"It'll be like somebody dropped a bomb, and there'll be a big cloud of very, very radioactive material above the ground," Allen said ...

At that point, according to Allen, the resulting radioactive plume would travel wherever the prevailing winds took it. The worst case would be if the plume went toward population centers to the south such as Tokyo, which is about 150 miles away from the plant.

Bad -- but not Chernobyl bad Science magazine spoke to Richard Lester, chairman of the department of nuclear science at MIT, about the same scenario -- if all cooling in one of the reactors was lost and the fuel melted through the reactor vessel. Lester told the magazine that the water in the concrete cavity mentioned above could cool the fuel down and resolve the crisis. But there's a chance that "a steam explosion could blow out the primary containment vessel, spewing massive quantities of radioactive aerosols as well as particulates," he said. At that point, again, the wind would come into play.

Lester added, however, that he does not believe a radioactive cloud emanating from Fukushima would be as bad as the one produced by Chernobyl because of design differences. For comparison, radiation released at Chernobyl is thought to have killed thousands of people over the years (largely from cancer), but the exact number is still a subject of intense debate. The accident also resulted in the permanent relocation of an estimated 200,000 people in 187 small communities around the power plant, according to the IAEA.

Region rendered uninhabitable Mother Jones spoke to Robert Alvarez, who studies nuclear policy at the Institute for Policy Studies. According to Alvarez, if an explosion like the one described by Allen (above) occurs, an area around the plant possibly "as large as several northeastern states" could be uninhabitable for the foreseeable future.

Contamination limited to local area On Wednesday, John Beddington, the chief scientific officer of the British government, delivered remarks to the British embassy in Tokyo about the crisis. In Beddington's view, a full meltdown in one of the reactors would prompt an explosion causing "some radioactive material going up to about 500 metres up into the air." He describes that as "really serious, but it’s serious again [only] for the local area." He defines the local area as within 30 kilometers (about 20 miles) of the plant. Further, Beddington argues, the real problem at Chernobyl was that people continued to drink water from the area and eat contaminated vegetables. That will not happen in Japan, he said.

Water table poisoned Time magazine spoke to British nuclear expert Shan Nair, who has studied so-called loss-of-coolant accidents like the one unfolding right now at Fukushima. Nair argues that if the fuel in one or more of the reactors melts down, it will likely escape the plant entirely and end up going through the ground until it hits the water table, where it will cool. However, Nair says, "the water table will start leaching actinides and fission products from the melted glob of fuel into the environment. So you will end up with some radioactive contamination of water supplies and ultimately crops and other products. That's a major problem because radioactive particles are much more dangerous when digested -- they cause internal irradiation of organs with resulting increased cancer risks."

So that's a taste of how bad the situation could get. It's also possible, of course, that Japanese authorities will restore power to the nuclear plant and get things under control before more damage has been done.