Rebecca Black versus the cyberbullies

The teen YouTube sensation racked up almost 16 million views since "Friday" debuted last week. But at what cost? 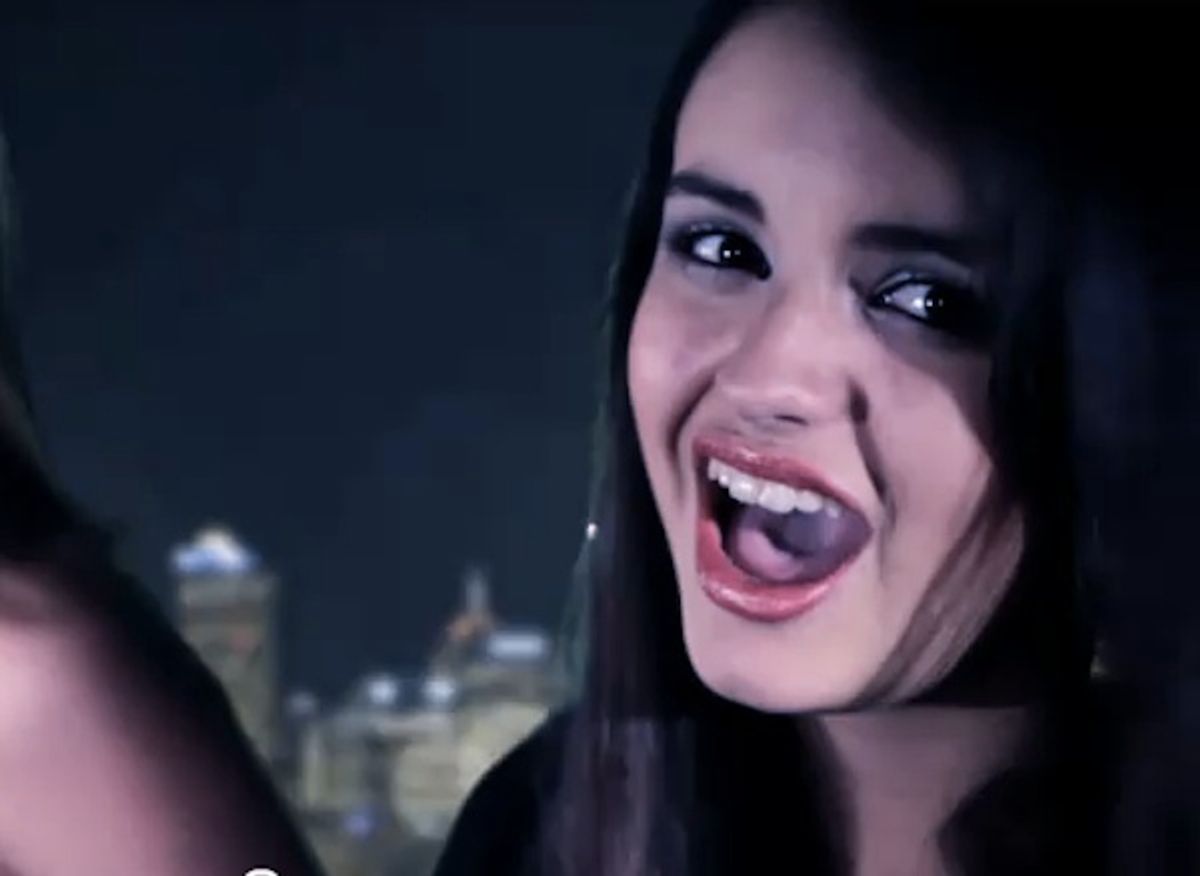 Rebecca Black: no longer having a ball.
--

I'm starting to really dislike Andrea Channing's interviews on ABC. She's the one who asked Charlie Sheen's girlfriends if they all slept in the same bed together, and has this grating habit of coming off half mom-concerned and half condescending with her pandering questions.

So, of course she's the one who got to interview Rebecca Black -- whose song "Friday" debuted on YouTube last week and provoked some insane reactions -- and she literally reads off some of the meaner things she found on the Internet to the 13-year-old's face. "It's the worst song I've ever heard, even deaf people are complaining," prompts Andrea, while staring at Rebecca who is wearing that smile that "American Idol" contestants had while being torn apart by Simon Cowell.

The thing is, despite all the parodies and mean comments, a lot of the cultural commentary that's come out about "Friday" focuses the blame on Rebecca's parents and Ark Music Factory, which produced the video after Rebecca's mom paid them $2,000. As Gawker points out, even the commenters on 4Chan, arguably the meanest place on the Internet, are trying to bring down Ark for its kiddie exploitation.

Still, it can't be easy to be Rebecca, who told the Daily Beast that she felt like she was being cyberbullied. Even her mom chimed in, placing the responsibility for "Friday" on whoever wrote the lyrics to the song.

"A few times, when I heard some of the lyrics, I was like, 'That doesn’t make sense,'" Kelly recalled. "Rebecca said, 'I sang it as they wrote it, Mom.' So I didn’t micromanage it."

Both the Daily Beast and "GMA" interviews of Rebecca make us feel bad for ever criticizing "Friday," but that would be the point, right? What both the Internet and Rebecca need to understand is that there is a distinction between calling the song awful and calling Rebecca awful. Calling "Friday" the worst song ever is a semi-accurate opinion that Rebecca can hopefully distance herself from (especially since its awfulness has brought it 16 million YouTube hits in a week, and netted her a tour). But saying, "I hope you cut yourself, and I hope you'll get an eating disorder so you'll look pretty," to a child is cruel, and it's a little sad that we only recognize cyberbullying as a real thing when it happens to someone in the public spotlight. When it happens to, say, Megan Meier -- who hanged herself after a neighbor posed as a cute guy on MySpace and then proceeded to tell her how worthless she was -- we don't pay attention until it's too late.