Sterling Barbour is upset that the Weekly Standard took shots at his father, Haley 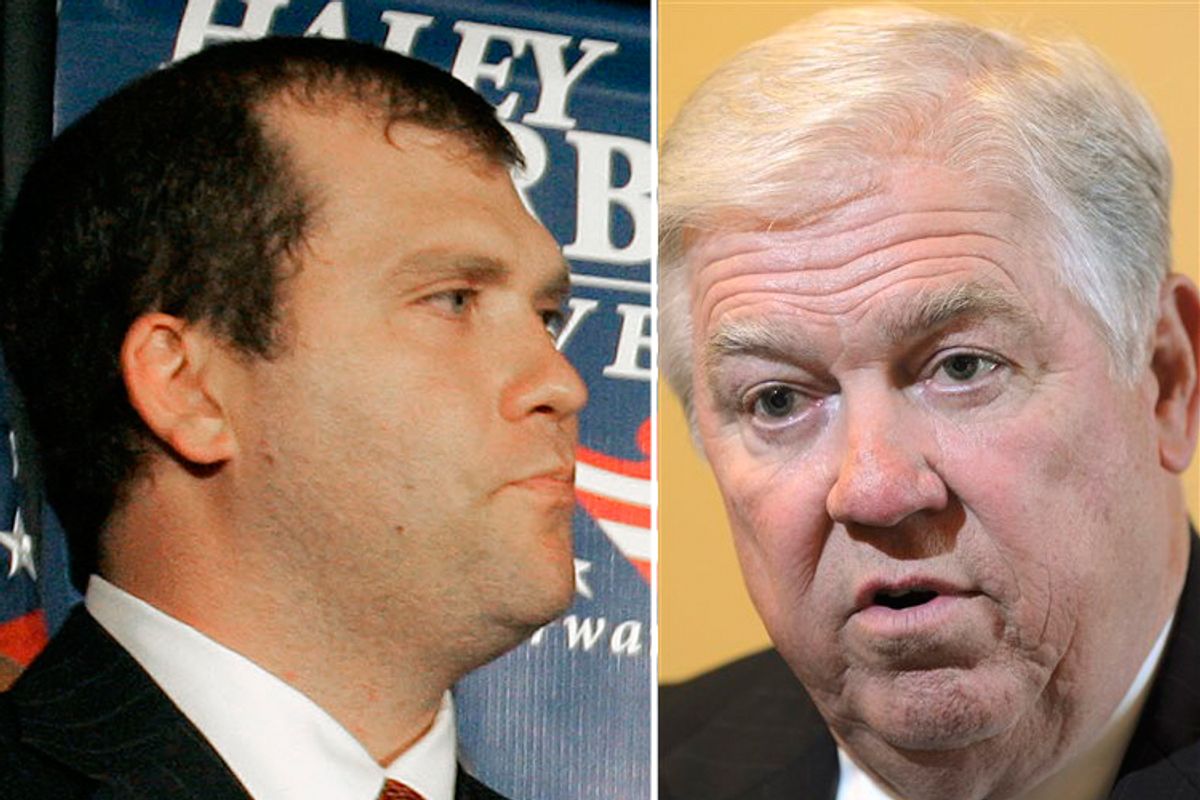 Haley Barbour's son has managed to extend for another news cycle the life of the feud between his father and Bill Kristol over the Afghan war and military spending.

That's because Sterling Barbour (yes, his real name) last night e-mailed a screed to Kristol demanding that the Weekly Standard editor stop beating up on "the best man I have ever known" -- that is, his father and likely presidential candidate Haley Barbour.

Kristol being Kristol, he promptly gave the e-mail to the Associated Press and posted it on the Weekly Standard's website.

The AP seized on the mildly embarrassing nugget that Sterling Barbour, who describes himself as a "private person" and "small business owner," does not want his father to run. (Sterling Barbour apparently owns a Buffalo Wild Wings franchise in Alabama.)

Here's a taste of the e-mail:

At a time when conservatives need to be rallying together, we have people like you beating up on our own. That's amazing to me! Is your plan to just rip good conservatives to pieces and let the president have it? Or is it personal? This is a team sport. We have a common goal here. We have a country to take back. And whether you like it or not, my dad is a player. He is part of the solution, not the problem. I don't know if he's running or not, but either way he is no doubt in the game. You mark my words, any Republican nominee will want his advice along the way. Do you doubt that?

p.s. I am a private person, and don't want him to run. I'd prefer not to listen to people like you talk bad about any member of my family. But this decision is bigger than me. If he runs, I will be his biggest supporter. But it just makes no sense to me that a conservative man, such as yourself, would have such a blatantly obvious disdain towards my father. Despite your best efforts, if he decides to run, he will likely win the nomination. He has beaten "your" guy before. Who have you got this time, T-Paw? Please. History often, if not always, repeats itself. You would be well served, for the sake of the party and most importantly our country, to back off quite a bit. Shame on you sir! There is so much more I'd like to say. Maybe next time, although I doubt there will be a next time. I'm probably going to be in trouble with my dad for this. But enough is enough!

Perhaps the funniest thing about the episode is that Sterling Barbour didn't send the e-mail to Kristol directly. It went to the following addresses:

Haley Barbour will probably need to sit down and have a talk with his son if he's actually planning to run for president.