Libya and the familiar patterns of war

There are vital differences between this action and Iraq, but some key tactics are identical 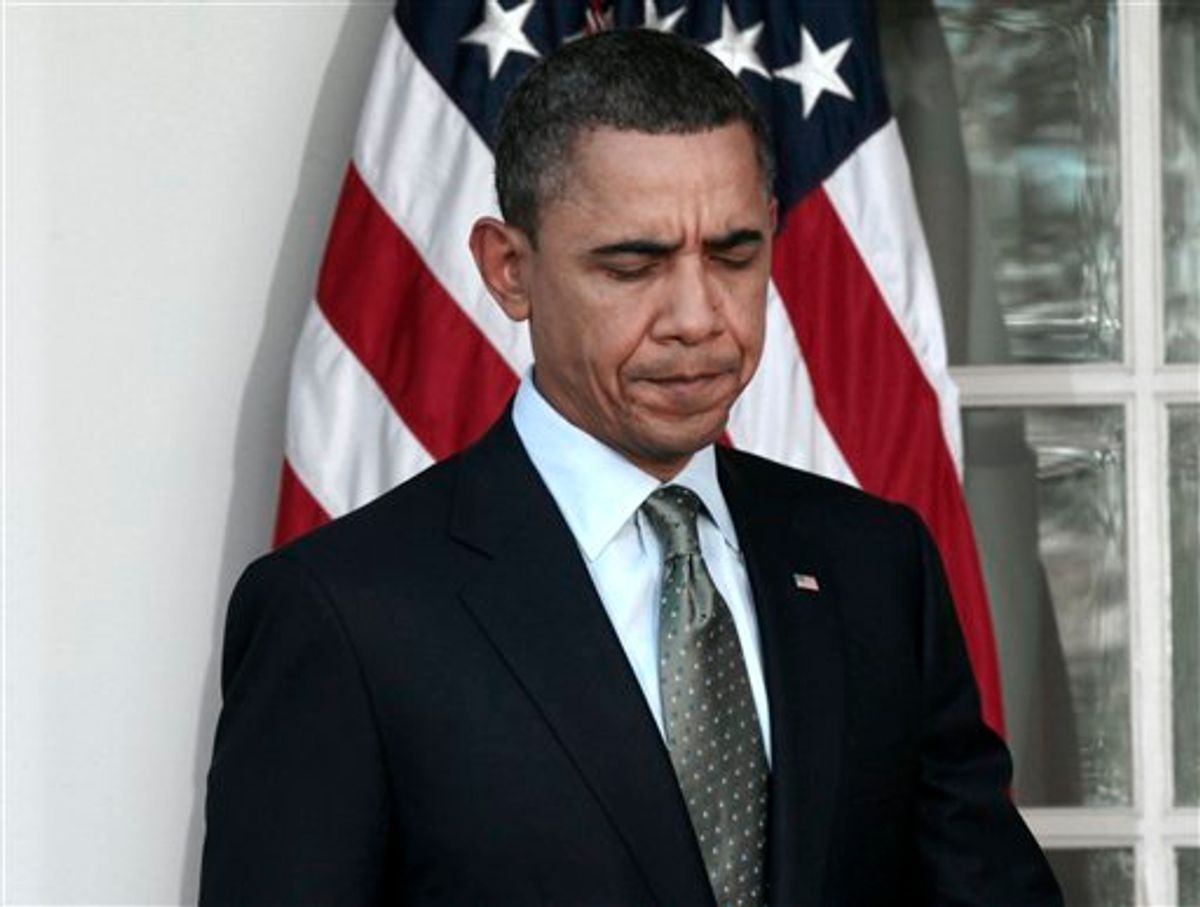 Bracing for a backlash from impending war with Iraq, the Bush administration put the nation on high alert for a terrorist attack and announced that it was redoubling efforts to enhance security at home.

The decision to raise the terrorism threat level from yellow to orange, the third such move in the last six months, followed several months worth of intelligence reports indicating a strong likelihood of some type of terrorist attack or retaliation if the U.S. went to war with Iraq. Those strikes, officials said, could come from organized Al Qaeda cells or groups sent here by Iraqi President Saddam Hussein, or from individuals or small groups who sympathize with them.

The official, John O. Brennan, said that the military attacks on civilians ordered in recent days by Libya’s leader, Col. Muammar el-Qaddafi, coupled with his track record as a sponsor of terrorism, had heightened worries within the administration as an international coalition threatens military action against Libya.

Asked if American officials feared whether Colonel Qaddafi could open a new terrorism front, Mr. Brennan said: "Qaddafi has the penchant to do things of a very concerning nature. We have to anticipate and be prepared for things he might try to do to flout the will of the international community."

Among the threats the United States is focusing on is Libya’s stockpile of deadly mustard gas, he said.

The attack on Iraq and the intervention in Libya are, in critical ways, vastly different, and glib comparisons should be avoided.  Fear-mongering was the primary means of selling the Iraq war to the public. whereas purported humanitarian goals have taken center stage now (though humanitarian appeals -- rape rooms, mass graves, chemical attacks on his own people, and sadistic sons!! -- were also prominently featured in 2003 and in virtually every other war ever started).  That the Arab League advocated the Libya intervention, and it now has U.N. endorsement, lend a perceived international legitimacy to it that Iraq so disastrously lacked.  Because both political parties' leaders are even more supportive of this military action than they were for Iraq, the domestic debate will be much less contentious.  At least for now, Obama is substantially more cautious than Bush ever was in limiting the U.S. commitment.  And given that the Libya intervention has not even begun, no comparisons can be made between its execution and the brutal, inhumane slaughter and destruction that characterized the eight-year assault on Iraq; it's possible (though far from guaranteed) that this intervention could be short, relatively bloodless and successful.

All that said, it is striking how wars -- no matter how they're packaged -- ultimately breed the same patterns.  With public opinion split or even against the war in Libya (at least for now) -- and with questions naturally arising about why we're intervening here to stop the violence but ignoring the growing violence from our good friends in Yemen, Bahrain and elsewhere -- the administration obviously knows that some good, old-fashioned fear-mongering and unique demonization (Gadaffi is a Terrorist with "deadly mustard gas" who might attack us!!) can only help.  Then there's the fact that the same faction of war-loving-from-a-safe-distance "hawks" that took the lead in cheering for the attack on Iraq -- neocons on the Right and their "liberal interventionist" counterparts in The New Republic/Brookings/Democratic Party officialdom world -- are playing the same role here.  And many of the same manipulative rhetorical tactics are now wielded against war opponents:  the Libyan rebels are the new Kurds (they want us to act to protect them!), and just as those who opposed the attack on Iraq were routinely accused of indifference toward if not support for Saddam's tyranny, those who oppose this intervention are now accused of indifference to Gadaffi's butchery (as always:  are those refraining from advocating for military intervention in Yemen or Saudi Arabia or Bahrain or the Sudan or dozens of other places indifferent to the violence and other forms of suffering there?).

Foreign Policy's Josh Rogin reports that Obama just this week changed his mind on Libya from opposing to supporting intervention because he became convinced that this would change America's posture in the region by placing us on the side of freedom and democracy.  But would it really do that?  As our Saudi, Yemeni, Bahraini, Jordanian, Kuwaiti, Egyptian and Iraqi close friends continue to impose varying degrees of domestic oppression and violence, is yet another military intervention in an oil-rich Muslim nation really going to transform rather than bolster how we're perceived in that region?  This claim -- we'll be viewed as strong and magnanimous in the Muslim world -- was also, of course, a featured claim justifying the attack on Iraq.  And just as was true for Iraq, how this ends up being perceived, and what it turns out to be in fact, depends on a whole slew of unknowable factors, including what we end up doing there, how long it takes, and whom we end up supporting.

As for Brennan's warning that this action may trigger Terrorist attacks on the U.S., I suppose -- just as was true for the similar 2003 warnings -- that this is a possible repercussion of our intervention.  But doesn't that really underscore the key point?  If we really want to transform how we're perceived in that part of the world, and if we really want to reduce the Terrorist threat, isn't the obvious solution to stop sending our fighter jets and bombs and armies to that part of the world rather than finding a new Muslim country to target for war on a seemingly annual basis?  I have no doubt that some citizens who support the intervention in Libya are doing so for purely humanitarian and noble reasons, just as was true for some supporters of the effort to remove the truly despicable Saddam Hussein.  But the intentions of those who support the war shed little light on the motives of those who prosecute the war and even less light on what its ultimate outcomes will be.

There's one other difference between Iraq and Libya worth noting:  at least with the former, there was a sustained, intense P.R. campaign to persuade the public to support it, followed by a cursory Congressional vote (agreed to by the Bush White House only once approval was guaranteed in advance).  By contrast, the intervention in Libya was presidentially decreed with virtually no public debate or discussion; it's just amazing how little public opinion or the consent of the citizenry matters when it comes to involving the country in a new war.  That objection can and should be obviated if Obama seeks Congressional approval before deploying the U.S. military.  On some level, it would be just a formality -- it's hard to imagine the Congress ever impeding a war the President wants to fight -- but at least some pretense of democratic and Constitutional adherence should be maintained.