Can the Nuclear Regulatory Commission -- which even Barack Obama called "moribund" -- keep our power plants safe? 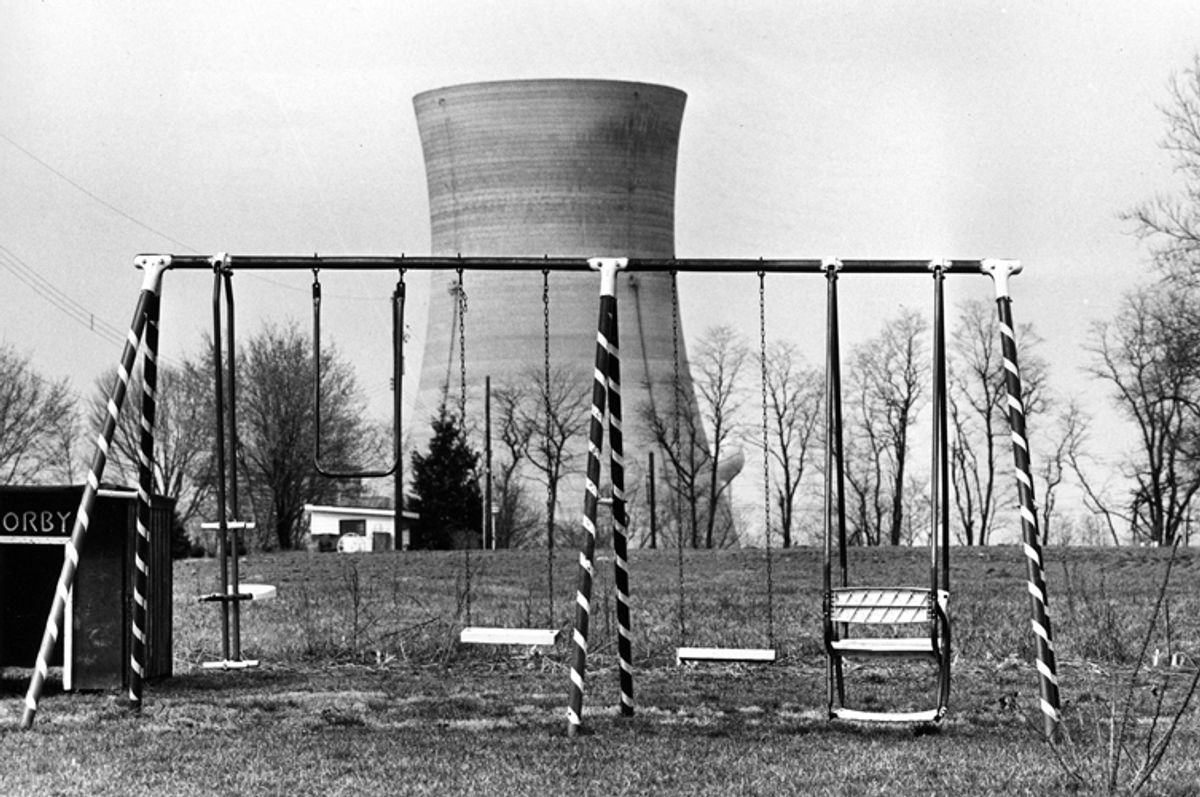 In 2007, then-candidate Barack Obama sat down for an interview with the editorial board of the Keene Sentinel, a newspaper in a New Hampshire town 15 miles away from a controversial nuclear power plant across the border in Vermont. Asked about his views on the Nuclear Regulatory Commission, the federal agency in charge of overseeing nuclear power plants, Obama responded by calling the NRC a "moribund" agency. "It's become captive of the industries that it regulates, and I think that's a problem," he said.

Despite those stark comments, there's no evidence that President Obama has fundamentally changed the workings of the NRC -- which has for years been criticized as too close to industry. Earlier this year, for example, three states sued the NRC after it extended from 30 to 60 years the amount of time that nuclear waste can be stored on-site at power plants.

This is no academic issue. A new study by the Union of Concerned Scientists found 14 "near misses" at U.S. power plants last year, some of them due to oversight failures. Meanwhile, at least one former top NRC official is now working for the nuclear power industry and appearing on television on behalf of the pro-nuclear lobby.

To understand how the NRC came to be so cozy with the industry it is supposed to regulate and what the crisis in Japan means for the agency's future, I spoke with Robert Duffy, a professor of political science at Colorado State University and author of the 1997 book, "Nuclear Politics in America." The following has been edited for length and clarity.

Can you give a brief history of the origins of the NRC?

Back in the early 1970s, the Atomic Energy Commission [the predecessor of the NRC] was coming under attack for being overly cozy with the nuclear industry. The fundamental problem with the AEC was that its statutory mandate said it was supposed to promote, develop and regulate nuclear power. It's hard to do all three simultaneously. What inevitably happened was that they were promoting and developing at the expense of regulating.

The Joint Committee on Atomic Energy, which was a uniquely powerful congressional committee, was pushing the AEC to show results. And results meant reactors. So the promotional aspects and the developmental aspects always took priority over the regulatory aspects. By the early 1970s, that was becoming problematic.

Were there specific incidents that people were upset about?

People within the AEC on the scientific end of the body were raising questions about the pace of nuclear development and specifically some safety questions. They felt that the political appointees weren't paying sufficient attention to that -- pushing it under the carpet. Eventually some of these disagreements became public. There were stories in the New York Times, there were exposes on "60 Minutes," the evening news and so on. That created a problem. The second thing that happened right around the same time was the first Arab oil embargo, in 1973. All of a sudden energy got thrust into the nation's spotlight for the first time. What the government ended up doing was splitting the AEC into two. They took the promotional and developmental side of the AEC and that soon became the Department of Energy, and then the regulatory arm became the Nuclear Regulatory Commission.

What was the mission of the NRC?

It was to regulate the nuclear power industry and ensure its safety. Now, the problem was that they basically slapped a new name on the building and gave the agency new stationery, but they didn't change anything else. So you took all of the same people who for decades had been promoting, developing and regulating nuclear power, and didn't even change the building, and said "now your job is to regulate." You didn't change the mindset. Their first official action as the NRC was to adopt all of the AEC's regulation procedures.

So you have this agency created in 1975. Carter becomes president in 1977. Carter is much more skeptical of nuclear power then Ford or Nixon were, and he starts with some appointees who were a little more skeptical of nuclear power. Then you have Three Mile Island in 1979. Shortly after that Reagan becomes president, and Reagan is very pro-nuclear. So the agency had this brief window between 1975 and 1980 when it could have fundamentally transformed itself into an aggressive regulator, but it didn't. Then Reagan came to power and reversed course and appointed people who were pro-nuclear and wanted to get off the industry's back.

How much public anger was there after Three Mile Island?

There was public anger, but what often gets forgotten is that the industry had already gone into the toilet because of cost overruns. That's the issue that has continued to hinder a nuclear revival. People started saying, "Those things are just too damn expensive and nobody in their right mind would put their own money at risk to build one." That preceded Three Mile Island. Three Mile Island just put the nail in the coffin for the next 20 years in public opinion.

Because of those Reagan appointments to the NRC, did oversight become less stringent for many years?

No utilities placed any orders for new reactors after 1978. So what the NRC was really dealing with during the 1980s was licensing and building those plants that had already broken ground. The Reagan NRC saw their job as facilitating the licensing and construction of those plants. There were fights over the Shoreham, Long Island, plant and the Seabrook, N.H., plant. They had massive demonstrations and massive arrests; people engaged in civil disobedience because they thought these plants were unsafe and that they couldn't be safely evacuated in case of an accident.

Are there examples from the '80s or '90s of problems in oversight, or safety issues?

A classic example of this centered on the question of how big evacuation zones should be. That became the focal point of the fights over the plants in Shoreham and Seabrook. The initial NRC rule required that local and state officials from all jurisdictions within a 10-mile evacuation zone participate in evacuation planning and response. Some of them refused. The Seabrook plant was located just over the border from Massachusetts, and Michael Dukakis, who was governor of Massachusetts at the time, didn't want the plant. So he refused to participate. According to the NRC rules, if Massachusetts refused to participate, the plant couldn't be licensed. So they changed the rule to allow the utility to step in and fulfill the role of state and local government in emergency planning. In other words, "Fine, we can't get them to meet the rule on the books, we'll just change the rule."

In the 20 some years after Reagan, have things changed fundamentally?

No. In more recent years, the big fight has been over extending the license for reactors. Initially they were good for 40 years, and a lot of the plants we have in the United States now are at or very close to their 40-year term. What the utilities want is to extend the life of the reactor another 20 years. The NRC has gone along with the industry and just said, "Go right ahead." A lot of these plants were built in the mid-1960s for 40 years. So there are questions about the effects of irradiating metal for long periods of time. There were concerns that the reactor vessels become brittle over time and other issues that critics say the NRC has not paid sufficient attention to.

What about Obama's comments about the agency being "captive" and "moribund" in 2007?

I think his point was that the NRC, like a lot of other agencies under the Bush administration, had seen its job as protecting the industry instead of protecting the public. You had people who were overly friendly to the people they were regulating. You had the people who were looking for their next job. It was demoralizing for staffers who actually did believe in what they were doing. But the NRC has never really been a strong, independent regulatory agency. That's because nobody except for the Union of Concerned Scientists and some other groups want it to be. Presidents and Congress have the regulatory agency they want.

What are your thoughts about the NRC and the politics of nuclear power post-Japan?

I think the NRC will be forced to say they're going to do a comprehensive review of all U.S. facilities to see what they can learn from what happened in Japan, and think that that's smart. My guess is that the politics of it will change a little, but not in a fundamental way. You'll have Republicans continue to be full-throated supporters of nuclear power. You'll have probably some greater skepticism on the part of Democrats now.