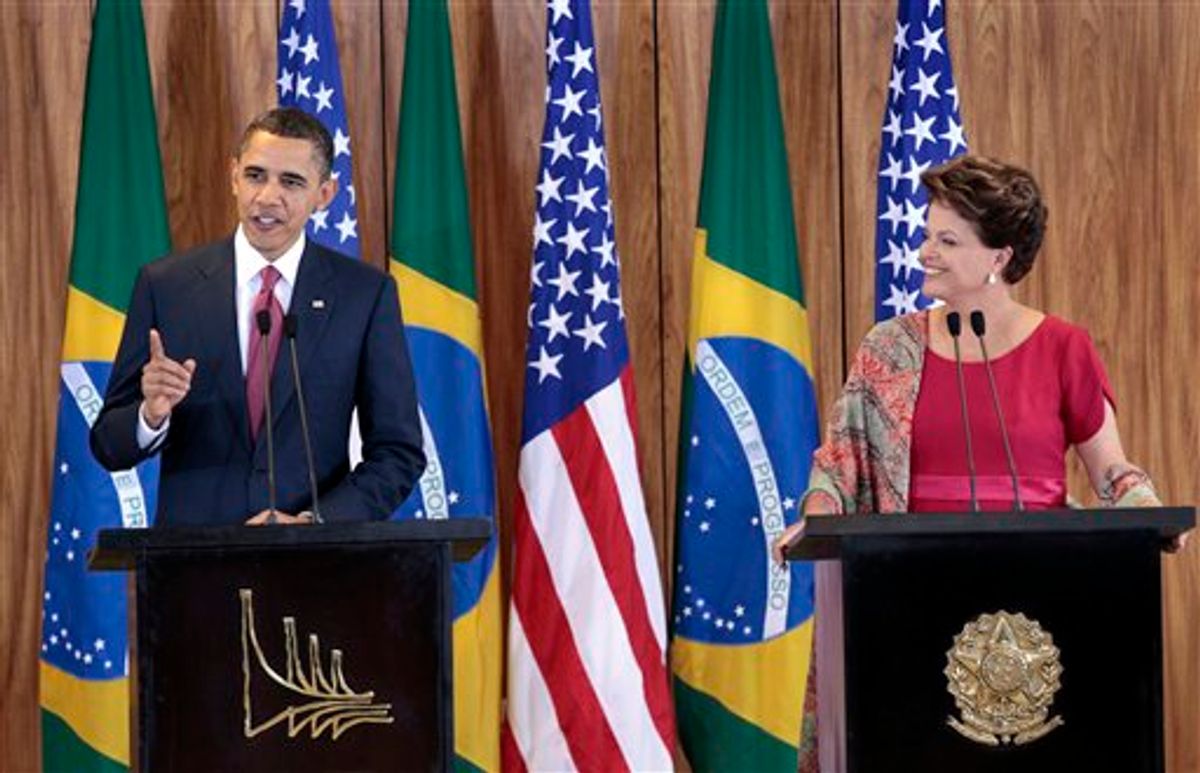 U.S. President Barack Obama, left, with Brazilian President Dilma Vana Rousseff, right, during their joint news conference at the Palacio do Planalto in Brasilia, Brazil, Saturday, March 19, 2011. Obama welcomed Brazil's rise as an economic power and said the United States would be an eager customer for its oil exports as he opened a Latin America tour against the backdrop of an escalating Western military showdown with Libya's Moammar Gadhafi. (AP Photo/Pablo Martinez Monsivais) (AP)
--

Seeking to link his Latin American tour to job growth back home, President Barack Obama said the U.S. was eager to sell its goods and services to economically booming Brazil's growing middle class. The president's economic message, however, was overshadowed by events in Libya, where a western coalition launched a risky offensive against Moammar Gadhafi.

"As the United States looks to Brazil, we see the chance to sell more goods and services to a rapidly-growing market of around 200 million consumers," Obama said. "For us, this is a jobs strategy."

Executives from a number of American corporations, including International Paper, Cargill, Citigroup and Coca-Cola, participated in the CEO session.

Obama began his three-country, five-day tour of Latin America against the backdrop of ominous developments in earthquake-ravaged Japan, where officials struggle to prevent a meltdown at a damaged nuclear power plant, and in Libya, where a U.S. and European coalition launched a risky military operation to protect civilians from attacks by Gadhafi's force.