Should the U.S. have intervened in Libya? 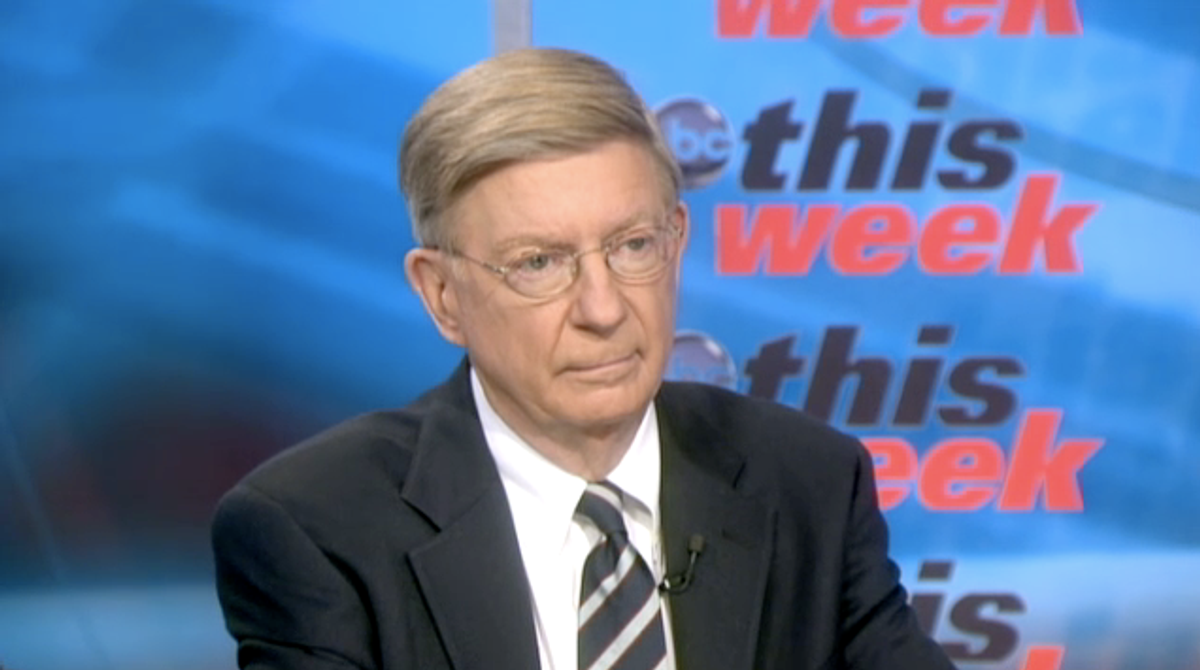 President Obama's authorization of military action against Libyan dictator Moammar Gadhafi has divided the media world. While some commentators laud the U.S.-led intervention -- pointing to international consensus and humanitarian concerns -- others have condemned the decision, drawing parallels to Iraq, circa 2003. Below are some notable responses to this weekend's big story.

On ABC's "This Week," Washington Post columnist George Will and former Deputy Secretary of Defense Paul Wolfowitz disagreed about the decision. Will condemned the action, saying, "We have intervened in a tribal society in a civil war." Wolfowitz, meanwhile, said, "I think we have prevented, for one thing, a blood bath in Benghazi which would have stained our reputation in the Arab world."

Documentary filmmaker Michael Moore railed against the decision to intervene in Libya in a series of highly sarcastic tweets, even suggesting President Obama's Nobel Prize should be revoked:

We've had a "no-fly zone" over Afghanistan for over 9 yrs. How's that going? #WINNING ! ... Khadaffy must've threatened to kill somebody's daddy! #daddywantedjeb ... May I suggest a 50-mile evacuation zone around Obama's Nobel Peace Prize? #returnspolicy

Doug Bandow, senior fellow at the Cato Institute, wrote in the Huffington Post that Obama's authorization of force against Gadhafi is a betrayal of his campaign vow to institute change in the White House:

Since taking office President Obama has left U.S. troops in Iraq and expanded the war in Afghanistan. Now he has taken America into its third war in a Muslim nation within a decade -- to promote "global peace and security," he claimed, the usual justification used by presidents to enter conflicts which serve neither. President Obama obviously has found his inner Neocon and joined Washington's RepubliCrat Party.

Daniel Serwer, lecturer at the Johns Hopkins School of Advanced International Studies, enumerates the differences between U.S. action against Libya and Iraq, circa 2003:

The current military action against Libya is clearly approved by the UN Security Council ... These strikes are not based on doubtful evidence ... There is a solid coalition backing the military action, one that includes several Arab countries as well as the U.S., France and the United Kingdom.

Jonathan Chait of The New Republic seems moderately supportive of U.S. intervention, pointing out that the use of force does not necessitate an occupation:

Opponents [of intervention] ...  assumed that any use of force would devolve into an occupation and/or quagmire. They may be right, and their cautions deserve to be taken seriously. But one caution I have about the caution is how deeply it has been imprinted by the Iraq war. Iraq, of course, has lessons. But the overwhelming tendency of our foreign policy debates is to over-learn the lessons of the most recent war.

What's increasingly clear watching the play of events over the past week is that Obama really does want to change the narrative about America and the Arab world -- even at the cost of being criticized as vacillating and weak-willed. He senses (rightly, in my view) that over the past several decades America, without really intending to, became a post-colonial power in the Middle East ... Obama seems determined to break with [that narrative]. He really is the un-Bush.

Likewise, Slate's Fred Kaplan sees Europe's leadership role in the intervention as a welcome shift, and possibly a paradigmatic one:

It's also a good thing that Britain and France are taking the lead in sending in combat planes -- or at least making the most upright statements while doing so. Their interests in Libya, however defined, are more vital than ours. And since the end of the Cold War, we have been waiting for the Europeans to assume more of our common military burdens. This could be the moment when the alliance becomes more truly balanced.

Salon's Justin Elliot points out that while the intervention enjoys broad international support, nearly all heavy lifting in the operation is currently being done by the United States military:

An emphatic part of the White House messaging about the bombing in Libya is that the operation is truly international in character.

But it's quickly becoming clear that the bombing campaign -- at least so far -- is almost entirely an American operation, albeit one that has been packaged to give it an international look. It's a dissonance that brings back memories of George W. Bush's much-mocked "coalition of the willing."

CNN National Security Analyst Peter Bergen points out that the Arab world's position in Libya is a far cry from its utter rejection of U.S. action against Iraq eight years ago:

The high level of anti-Americanism in the Muslim world that was generated by the Iraq War is unlikely to be replicated by U.S. military action against Libya, because Gadhafi is widely reviled in the Arab world ... And the fact that both the Arab League and the United Nations have endorsed a military action against Gadhafi strongly suggests that the Libyan intervention will not generate a renewed wave of anti-Americanism in the Muslim world.

As military operations continue over the coming days, opinions will surely shift. What stance the public takes on action in Libya will likely depend in large part on whether the U.S. role is really limited, as the administration claims it is. The coming weeks could have significant implications for President Obama and U.S. foreign relations.