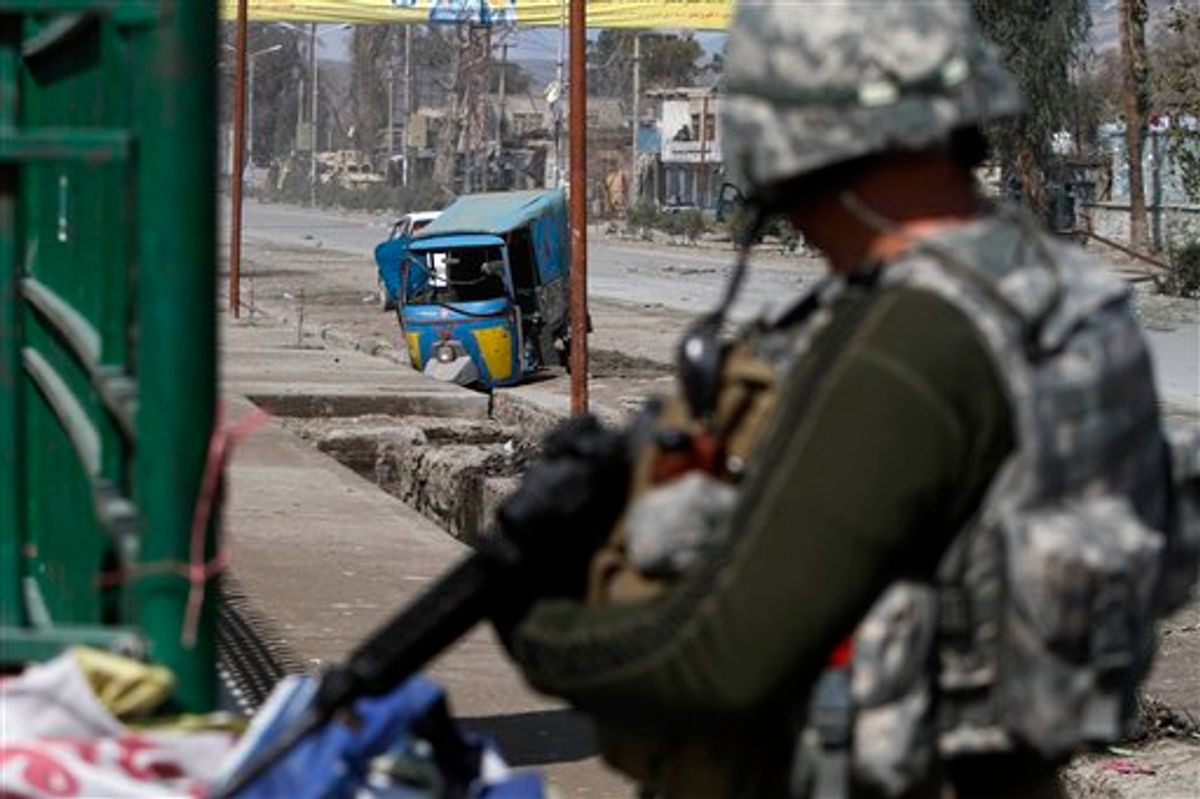 US solider stands guard near the site of explosion in Jalalabad, Afghanistan, Monday, March, 7, 2011. An Afghan Interior Ministry spokesman says a roadside bomb in the eastern city of Jalalabad has killed two policemen and wounded another 25 people.(AP Photo/Rahmat Gul) (AP)
--

Army investigators looking into the deaths of three Afghan civilians last year seized several gruesome photographs kept by troops as war trophies. Five soldiers based at Joint Base Lewis-McChord south of Seattle have been charged with murder.

In one photograph published Sunday, Cpl. Jeremy Morlock of Wasilla, Alaska, grins as he lifts the head of a corpse by the hair. In another, Pvt. 1st Class Andrew Holmes of Boise, Idaho, poses with the same corpse.

The Army says the photos depict "actions repugnant to us as human beings and contrary to the standards and values of the United States Army."