The single stupidest right-wing reaction to the Libya campaign 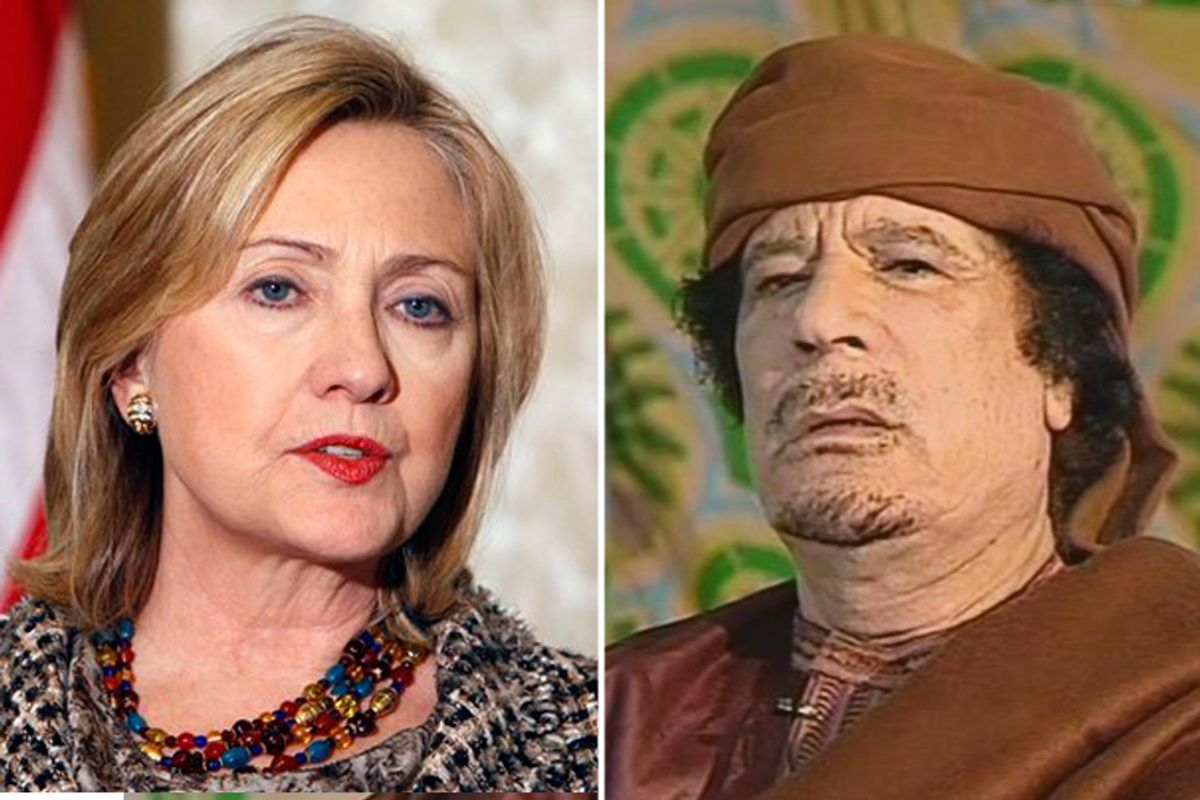 The conservative press has not yet coordinated its official position on the United States' military actions in Libya. They dislike Obama and Gadhafi almost equally. They love wars but consider Democrats feckless at waging them. The "good guys" in this particular fight are disconcertingly Islamic. A sign of the confusion: Rush Limbaugh's position a few days back was "it's a tricky situation." That's not exactly the clear-cut message his listeners have come to expect. (Though Rush did argue that our president is fighting to establish sharia law in Libya.)

Glenn Beck was fairly schizophrenic in his response to the idea of American intervention last week, though presumably he'll devote this week's programs to determining his actual position on the matter.

For the best of real-time mainstream right-wing reaction to the Libyan campaign, we turn to the National Review Online. The posts at The Corner today are a mixture of skepticism about those rebels -- there have been reports that some of them may be Muslims -- and the barely restrained ecstasy of the war blogger greeting a brand-new invasion. Jim Manzi helpfully explains that the United States cannot afford war, a classic conservative argument from the olden times that the right is rapidly Taking Back from the hippies. Victor Davis Hanson opposes the intervention because, you know, Obama = Carter and all that. (Andrew McCarthy is among those who've rediscovered the constitutional need for a congressional declaration of war. Partisans from both sides have taken turns ignoring that requirement for a century now, and it's always nice when they remember it again.) Pete Hoekstra writes in to say: "We should be under no illusions -- to fix it will be hard and will take more than a few days!"

And Mark Krikorian says ... well, Krikorian examines the issue quite creatively. It is actually about uppity women. Our "enemies" have "learned," he says, "that our commander-in-chief is an effete vacillator who is pushed around by his female subordinates." His problem isn't with women, he clarifies. His problem is that Obama looks like a weakling and those awful women "nagged him to attack Libya until he gave in."

America has a president who gives in when women nag him. This cannot stand. This will make America look weak to everyone who isn't as enlightened as "sensitive New Age guy" Krikorian.

Do you think Putin and A-jad and Chavez and the ChiComs are more afraid of Obama now? It was obvious to most of us that Hillary has more, uh, stones than Obama, but to have it confirmed so publicly for less-attentive foreign goons means they’re that much more likely to try to push us and see how The One responds.

So, there you have it. This war is a bad idea because Barack Obama isn't manly enough to stand up to his emasculating staff of harpies. Women!