Cost of Libya campaign in the hundreds of millions 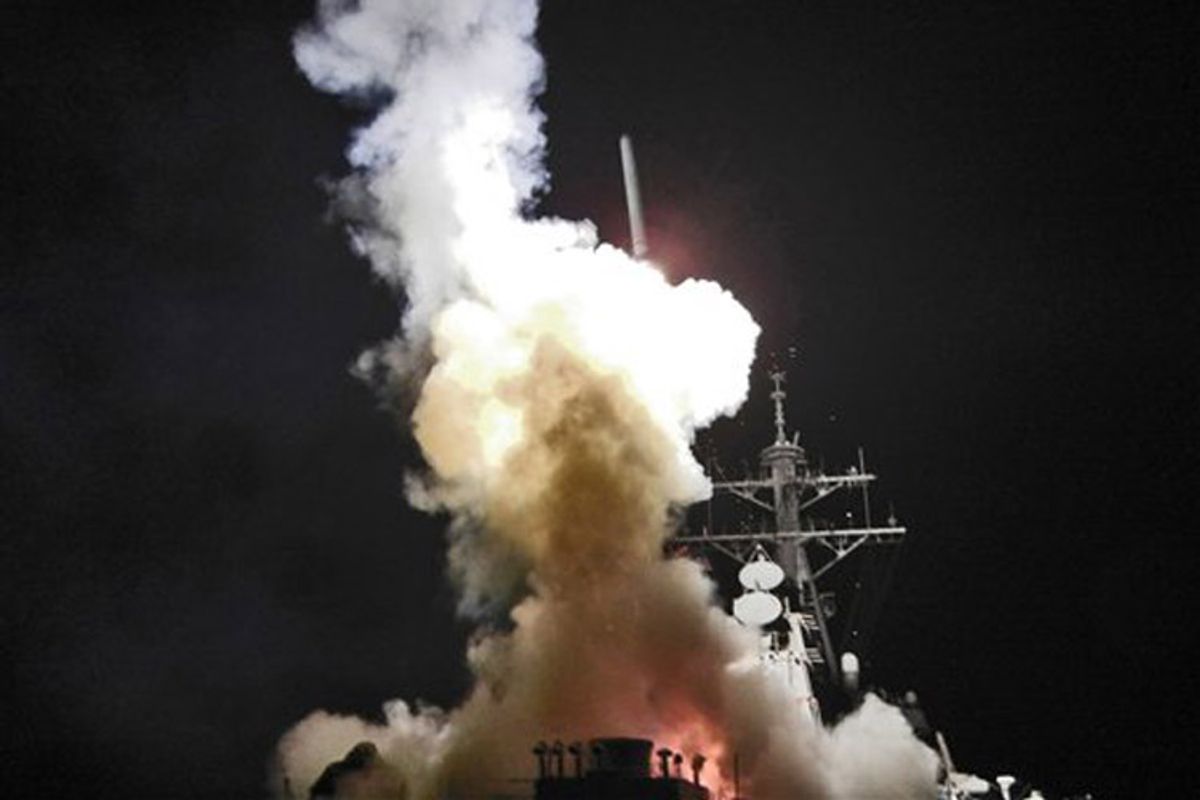 This Saturday, March 19, 2011 photo provided by the U.S. Navy shows the Arleigh Burke-class guided-missile destroyer USS Barry (DDG 52) as it launches a Tomahawk missile in support of Operation Odyssey Dawn from the Mediterranean Sea . The U.S. fired more than 100 cruise missiles from the sea while French fighter jets targeted Moammar Gadhafi's forces from the air on Saturday, launching the broadest international military effort since the Iraq war in support of an uprising that had seemed on the verge of defeat. (AP Photo/U.S. Navy, Fireman Roderick Eubanks) (Fireman Roderick Eubanks)
--

National Journal did the math on the financial costs of our Libyan adventure:

With allies expected to shoulder some of the bill, the initial stages of taking out Libya’s air defenses could ultimately cost U.S.-led coalition forces between $400 million and $800 million, according to a report released by the Center for Strategic and Budgetary Assessments earlier this month.

Maintaining a coastal no-fly-zone after those first strikes would cost in the range of $30 million to $100 million per week – not pocket change by any means, but far less than the $100 million to $300 million estimated weekly cost for patrolling the skies above the entire 680,000-square-mile country.

That fact makes it all the more striking that the Obama administration launched the bombing raids without consulting Congress. For comparison's sake, the Republican-led House has spent recent weeks arguing over such issues as the Corporation for Public Broadcasting ($422 million in annual federal funding) and Planned Parenthood (roughly $325 million in annual federal funding).