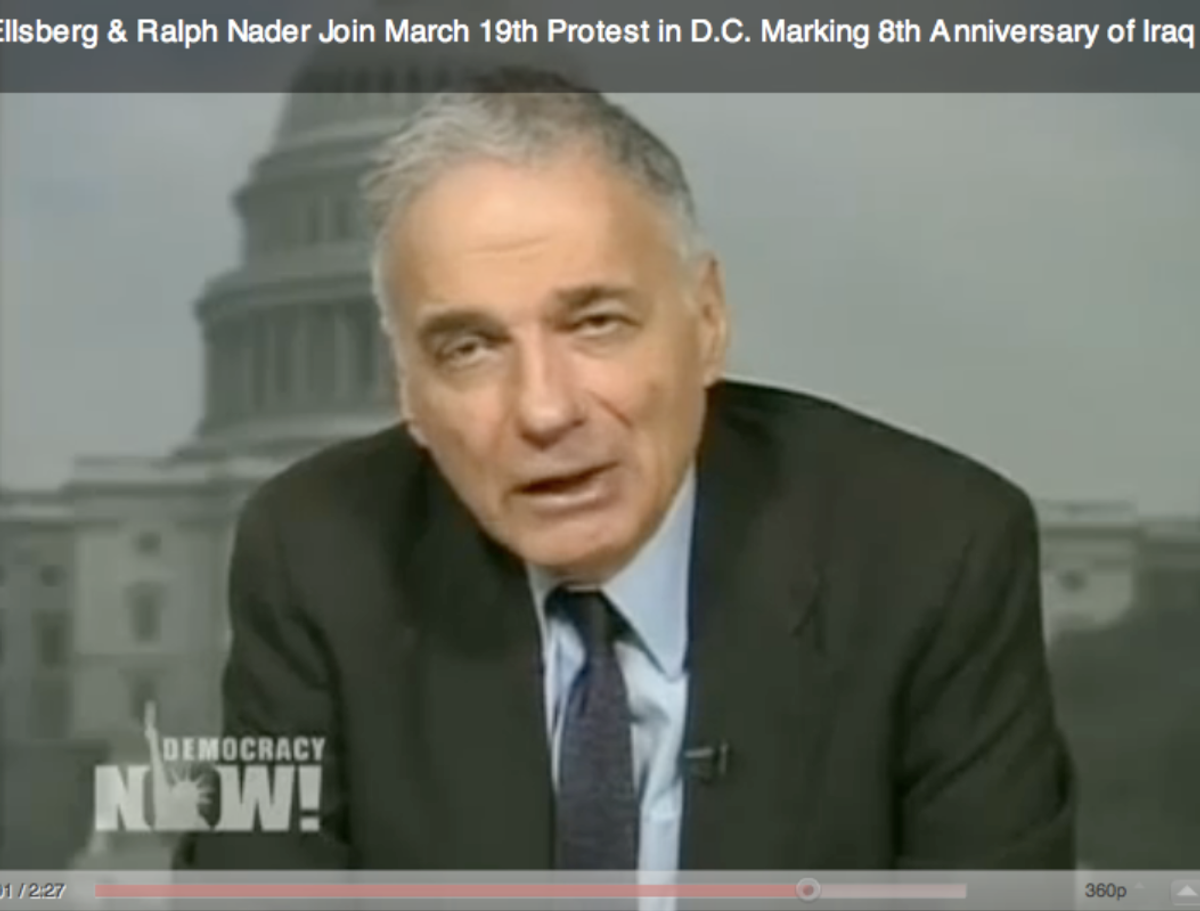 Outspoken critics on the left are raising hell over the Obama administration's authorization of military force in Libya, calling it "unconstitutional." Former presidential candidate Ralph Nader recently rattled off a list of U.S. military and intelligence directives -- apparently including action in Libya -- that he views as egregious violations of international law and grounds for impeachment:

Why don't we say what's on the minds of many legal experts; that the Obama administration is committing war crimes and if Bush should have been impeached, Obama should be impeached.

President Obama moved forward without Congress approving. He didn't have Congressional authorization, he has gone against the Constitution, and that's got to be said. It's not even disputable, this isn't even a close question. Such an action ... is a grave decision that cannot be made by the president alone.

Kucinich's and Nader's arguments against the constitutionality of Obama's authorization of force are based on an interpretation of the War Power Act. Passed by Congress in 1973 -- after a decade-long quagmire in Vietnam -- the legislation requires the president to inform Congress within 48 hours of any U.S. military attack where national security is not at stake. President Obama submitted such a letter to House Speaker John Boehner today.  Beyond that, the Act mandates that the commander in chief seek congressional approval after 60 days of military action.