Is awful the new good?

Rebecca Black, Charlie Sheen and other recent flameouts prove that being bad is the new fast track to fame 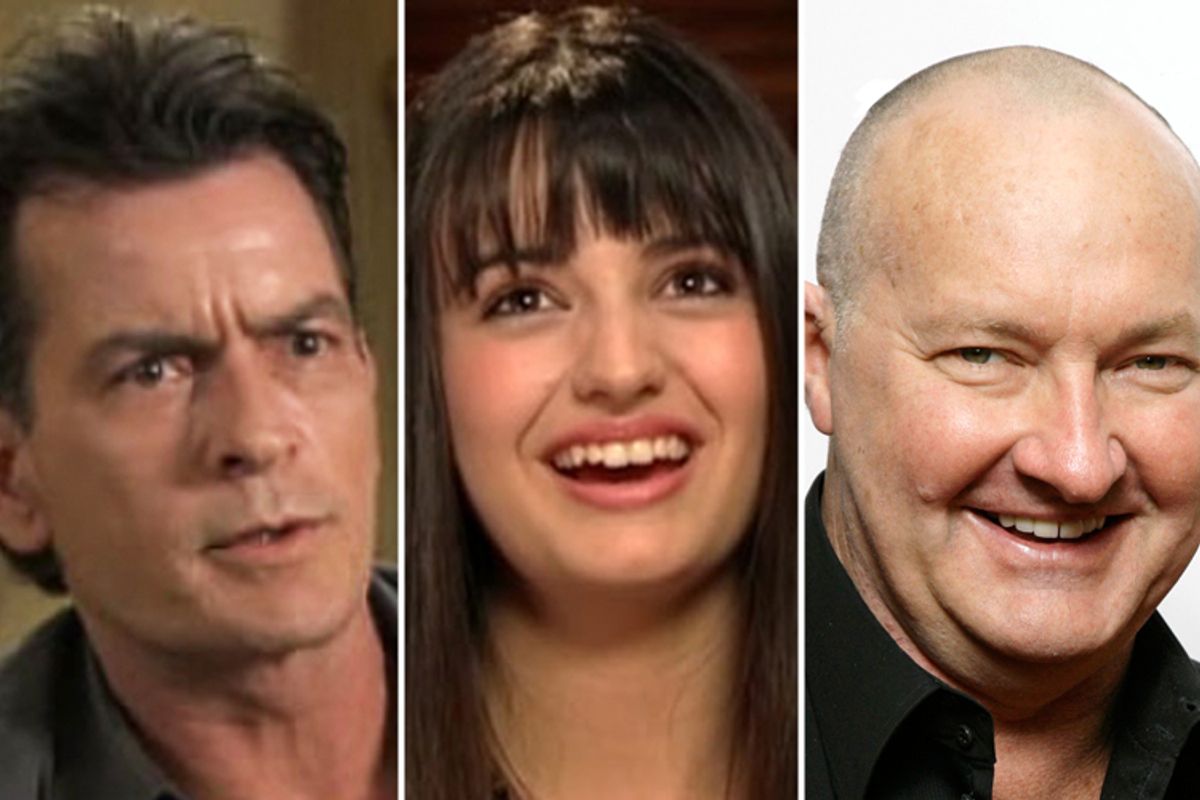 "I think that's an accomplishment," the girl replied with a wry smile when "Good Morning America's" Andrea Channing read the words, "I hate her voice, it's going to be stuck in my head for life." "Even a person that doesn't like it," she shrugged, "it's going to be stuck in their heads. So that's the point of it." And with that, Rebecca Black, the auto-tuned singer from the "worst music video ever," "Friday," said an insightful mouthful about contemporary fame and the state of the entertainment industry. Being terrible -- it's the new being good!

Black's peculiar triumph -- an appearance on national television, millions of YouTube views -- is the sort of thing any aspiring pop star would kill for, even if she did have to endure thousands of negative comments and the bleeding of ears across the land to get it. And her sudden fame was well timed, coming as it did the same week that the newly unemployed Mr. Charlie Sheen, a man now officially more famous for damaging property and saying crazy things than he's ever been for his acting -- announced and rapidly sold out a national tour for a one-man show titled "My Violent Torpedo of Truth/Defeat Is Not An Option." What will that $79-or-more ticket get you, exactly? Songs, stories, warlocks? Who knows, who cares? Isn't it enough that he's doing it, trolls? This past weekend, meanwhile, another troubled actor, Randy Quaid,  managed to draw an audience in Vancouver for an act involving musical renditions of his paranoid delusions, including a dour ditty "Star Whackers."

Adding to an already banner month for dubious fame, Rolling Stone magazine deigned to choose as its cover star the hard-partying "Jersey Shore" star Nicole "Snooki" Polizzi, a woman who credits her fame not to talent or hard work but the fact that "I say what's on my mind, and I'm real. And I'm tan," one who admits, "Sometimes, I even confuse myself." Elsewhere, what's been triumphing at the box office? "Battle: Los Angeles," a movie whose "aggressive dreadfulness" my colleague Matt Zoller Seitz singled out as "the work of professionals who decided to make their film look bad on purpose." And tonight, a new season of "Dancing With the Stars" premieres -- and don't expect America to tune in because it expects a nervous Kirstie Alley to do well.

When did we start living in Opposite Land? And why is the sight and sound of someone sucking so compelling? Part of the allure may come from the plucky, Pee Wee Herman-like "I meant to do that" moxie of those who can really bomb and brush it off. It takes guts to put yourself out there in the public eye, but it takes a really special kind of confidence to brag about being the brains behind "The Room."  Why else do audiences suffer through the "Idol" audition episodes, if not to witness the almost touching disconnect between dreams and ability?

There's also, of course, the reliably sadistic appeal of the FAIL, upon which both the Internet and "America's Funniest Home Videos" were built. But there's more to it than the spectacle of delusion. Every time someone gets famous for being horrible, that awful success sends a message to all the other no-talents waiting in the wings. Effort, persistence and innate ability are for suckers. Discipline? A desire to share one's vision? Artistic satisfaction? What's that? Screw violin practice, Mom, I can get a record deal by taking a dump in Flava Flav's hot tub and auto-tuning it! And fame is no longer a desirable effect of a creative vocation; it's a be-all and end-all goal.

There is still room in the world for occasional breakout flashes of real talent, moments when a Grayson Chance or Susan Boyle can stun audiences with their gifts. Then again, you can just screw up a wedding video. Rebecca Black, who humbly admits, "I think I have talent on some level. I don't think I'm the worst singer, but I don't think I'm the best singer," likely would not have become a household name if "Friday" had actually been any good. But when you can't be good, being appalling can be even better -- an overnight ticket to iTunes domination and Ryan Seacrest's side. And while genius is a rare commodity, being a ranting nut or a drunken party girl or a wooden pop singer is tantalizingly within the grasp of just about everybody.